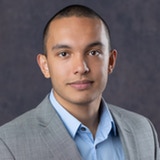 ABOUT OUR SHORT FILM

This twisted coming-of-age story follows a 14-year-old girl trapped between reality and a lucid nightmare as she embarks on a risky night out with friends.

This project will serve as a proof of concept for a feature-length film and will also be entered into Sundance Ignite.

Jacqueline is  a writer, editor & director who recently graduated from The Florida State University College of Motion Picture Arts. Her past experiences along with some of her favorite movies, American Honey (Andrea Arnold), Spring Breakers (Harmony Korine) and Welcome to the Dollhouse (Todd Solondz) have inspired her work and desire to tell coming-of-age stories. Most recently, Xerri assistant edited a feature documentary with Mass Appeal Media and Universal Pictures.

Raymond Knudsen is a film producer and recent graduate of the Florida State University College of Motion Picture Arts. With a plethora of national recognition that includes a 2014 Burt Reynolds Scholarship and 2019 National Television Broadcast with PBS, Knudsen aims to tell slice of life stories within the worlds of bodybuilding, American football and dysfunctional families that remind people they are not alone. Most recently, Knudsen was a Field Producer on an upcoming online series for CuriosityStream about high school football in the Glades Region of South Florida.

Stephen Musumeci is a writer/director living in New York City. Born and raised in Tampa, Florida, he was surrounded by master-planned communities and Longhorn Steak Houses. Naturally, he found himself looking into a mirror asking, “Why do I exist?” by age twelve. Since then, he received a BFA in Production from the Florida State University College of Motion Picture Arts and searches for truth through hyperreality in his work.

Rob Bevis is a New York-based cinematographer. His work tends toward the naturalistic and discovering beauty in the mundane, with influences from Harris Savides to Robbie Ryan. With that said, his versatility with creative style and technology has proven his greatest strength, and led to many great opportunities. When not obsessing over light and images, Rob enjoys soccer and exploring America’s rural, small towns.

Grace Stalley is an aspiring Asian-American screenwriter with a love for art department. She was adopted at age two from China and later grew up in Tampa, FL with four brothers. In her free time, Grace enjoys observing the world with curiosity, pen and paper in hand, scribbling down ideas in her notebook. Grace is a graduate of the Florida State University’s College of Motion Picture Arts and currently resides in Brooklyn, NY.

Our biggest challenge is raising funds to bring this project to life! With your help, we will be able to make a powerful and professional short film.