According to the new market research report “Electric Bus Market by Propulsion Type (BEV, PHEV, and FCEV), Application (Intercity and Intra-city), Consumer Segment (Fleet Operators and Government), Range, Length of Bus, Power Output, Battery Capacity, Component, and Region – Global Forecast to 2027″, published by MarketsandMarkets™, The global Electric Bus Market size is projected to grow from 137 thousand units in 2019 to reach 935 thousand units by 2027, at a CAGR of 27.2%

The growth of the Electric Bus Market can be attributed to the increasing focus of countries on the electrification of their public transport fleets with subsidies and favorable regulations due to emission concerns. Advancements in battery pack technologies, declining battery prices, government support, huge subsidies along with tax exemptions, and innovations in electric powertrains are some of the major factors driving the growth of the electric bus and coach industry.

Factors such as a rise in pollution and environmental hazards, stringent government regulations, and stiff competition have compelled automotive OEMs to introduce fuel-efficient and environment-friendly buses and coaches. Thus, the Electric Bus Market is expected to witness significant growth in the future.

In the Electric Bus Market, by the length of the bus, the 9–14 m segment is projected to be the largest market during the forecast period in terms of volume. The 9–14 m segment is dominating the electric bus segment due to the large volumes of electric passenger buses used in the public transport fleet. Most of the public transport fleets, especially in China, which accounts for almost 99% of the market have electric buses that are 9–14 m in length. Also, many of the leading OEMs such as BYD, Proterra, and Yutong have been providing electric buses in the 9–14 m length range. Countries that are planning to replace existing public fleets with electric ones are considering electric buses of the same lengths as well. 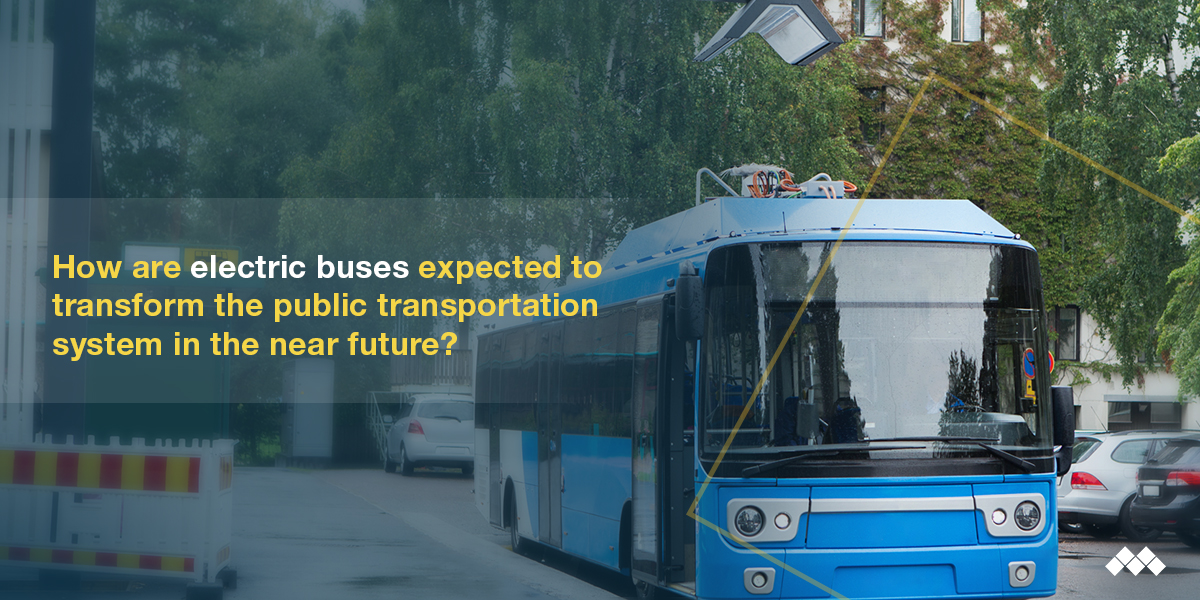 The Middle East & Africa, which includes Egypt, South Africa, and the UAE, is projected to be the fastest-growing market during the forecast period. The increasing demand for electric mass transit solutions, renowned OEMs expanding in the region, and government support are factors driving the Middle East & Africa Electric Bus Market. For instance, in November 2019, Egypt’s Arab Organisation for Industrialisation (AOI) started its first smart electric bus in the country with the help of Shanghai Wanxiang Group, China. Also, in May 2019, Foton Motor signed an agreement with Egypt’s Military Production Ministry to manufacture more than 2,000 electric buses in the country over the next four years. The Middle East & Africa has become a key region for OEMs to explore, as major countries in the Middle East & Africa, such as Egypt, Africa, and UAE, have a high demand for public transport due to the increasing number of tourists visiting these countries. Thus, governments are planning to replace the existing public transport with more efficient and emission-free public transport because of emission concerns.

The global Electric Bus Market is dominated by major players such as BYD (China), Yutong (China), Proterra (US), VDL Groep (Netherlands), and AB Volvo (Sweden). These companies have strong distribution networks at a global level. In addition, these companies offer an extensive product range in this market. These companies have adopted strategies such as new product developments, collaborations, and contracts & agreements to sustain their market position.

Our 850 fulltime analyst and SMEs at MarketsandMarkets™ are tracking global high growth markets following the “Growth Engagement Model – GEM”. The GEM aims at proactive collaboration with the clients to identify new opportunities, identify most important customers, write “Attack, avoid and defend” strategies, identify sources of incremental revenues for both the company and its competitors. MarketsandMarkets™ now coming up with 1,500 MicroQuadrants (Positioning top players across leaders, emerging companies, innovators, and strategic players) annually in high growth emerging segments. MarketsandMarkets™ is determined to benefit more than 10,000 companies this year for their revenue planning and help them take their innovations/disruptions early to the market by providing them research ahead of the curve.

MarketsandMarkets’s flagship competitive intelligence and market research platform, “Knowledge Store” connects over 200,000 markets and entire value chains for a deeper understanding of the unmet insights along with market sizing and forecasts of niche markets.