BRAVADO a NEW ALBUM from ROSE COUSINS A self-produced, musical chapter of personal & professional metamorphosis. An inquiry into Bravado, by Rose Cousins 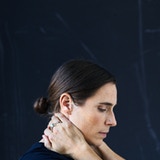 It’s a self-produced album of truth.  I started the year 2019 not knowing I would make a whole new record but when the idea of exploring bravado came into my head in June of 2018 it became a silent journey that turned into these songs. Some of them you may have heard at shows in the last year but most of them you haven’t and I’m excited to share them with you.

I’m in the middle of making so much art, collaborating with other artists, photographers and filmmakers to make a new suite of things to share and bring my new album to life, to bring it to you.

This job costs a lot to do. “Making” takes a lot of upfront investment and relentless faith. So many of you have proven over and over again that it is worth it and that you are out there, listening and showing up again and again to my shows. I couldn’t do it without your support.

This campaign is an early investment opportunity, a faith instiller and the financial boost to help get me over the finish line. I would love to have you on board.

Join the team and help me launch BRAVADO.

Kickstarter allows one kick per person so if you would like to GIFT A KICK for someone else, HERE IS HOW TO DO IT (DEADLINE IS DEC 20th! ):

1. CHOOSE THE LEVEL you would like to GIFT KICK
2. KICK IN THE NAME OF THE PERSON YOU WANT TO GIFT TO or INCREASE YOUR ORIGINAL KICK to include the amount of the one you want to gift
3. SEND ME A NOTE with the name of the person the gift kick is for, their address and email. We will make sure the items and music get to them when the kick rewards go out next year.
4. We can create a digital GIFTKICK CERTIFICATE that you can print and give to the lucky recipient! (NOTE: make sure to give us your email address too so we can send this)

Asking for help is the biggest risk involved here as it’s very vulnerable. Bravado will come out in February no matter what!