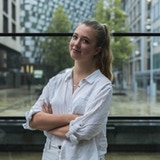 We are a group of final year Film and Media Production students at Sheffield Hallam University. We are currently deep in the pre-production stage of our Final Major Project – the most important  piece that we are going to produce during our time at the university. We are highly creative and majorly in love with film, and this is why we decided to make a fundraising campaign – to ensure the best quality for our film.

Role/s: Director – ” I’ve always took interest in the human nature and the way it translates on the silver screen. In my work, I always aim to make a piece that is both fascinating to watch and has a twist that makes you think”

Favourite Film/s: ‘First Man’- “I love all Chazelle films due to the attention to detail and focus on the internal struggle of its characters. I adore ‘First Man’ in particular because of how different it is in comparison with previous films featuring the moon landing, with the subjective perspective of Armstrong and the way it made me connect with someone I have virtually nothing in common with”

Role/s: Producer – “Learning about the work of John Lasseter inspired me to take a chance in producing and I finally feel as though I found the perfect fit for me. Being strong-minded and highly organised, I enjoy the process of a film coming together and having an influential role watching the hard work pay off”

Favourite Film/s: ‘Spirited Away’ – “I can appreciate the value behind Spirited Away. The way it was designed and produced in such a stunning and thoughtful way makes the 2 hour duration feel more like 2 minutes as it sucks you in to the story”

Role/s: Cinematographer – “My interest in film sparked a desire to create yet I personally felt that I was lacked ability in the traditional mediums therefore I looked to pursue an art form that focused on time, patience and hard work rather than natural skill”

“With scriptwriting, I like to take ideas and link them together to create a cohesive script where I can visualise it on screen”

Favourite Film/s: ‘The Lion King’ and ‘The Land Before Time’ – “The soundtracks to the Foley work are what gave me my love of sound in film”

Role/s: Editor and Assistant Director – “I chose to study film as I am aware of the impact the film industry has on the world. I particularly love editing films that involve messages about social issues”

Favourite Film/s: ‘10 Things I Hate About You’ – “It’s such an effortlessly great film with a great cast. I love the 90’s nostalgia”

Inspiration – The inspiration for ‘Dreamcatcher’ came from ourselves, as we understand that our ambition – of becoming part of the film industry – is a dream that is somewhat hard to reach. We have often found ourselves wondering what it would be like to have a less creative career path and find jobs that are easier to become a part of. However, we know that what it takes for us to achieve that goal is to have faith and self-confidence that we will go far.

Magpie is a company that promises to help their clients achieve happiness by making them satisfied with who they are.

There is a dark twist.

Achieving happiness is not that simple – it never is.

Character – ‘Tessa is tortured by her self-realisation that she isn’t good enough to achieve her dream of creating music.’

As the majority of the crew is female, we are very aware of the struggle for females in creative industries such as film and music. We made the protagonist a female to represent this injustice.

In recent years there has been an increase in the number of young people with anxiety and depression which explains the characters young age. One of the main reasons for this social issue is recent technological developments and the rise of social media, hence the SCI-FI genre of ‘Dreamcatcher’.

Purpose – The purpose of ‘Dreamcatcher’ is to inspire people to never give up on their dreams and doubt themselves as there are many individuals out there who will take advantage of you.

‘Black Mirror’ has been a major influence in the production of ‘Dreamcatcher’. Think futurism and dark plot-twists, in a technological advanced world focused on its impact on society. All the aesthetics will reflect all of these, creating a modern but bleak world where nothing is what is seams and everything is too good to be true.

Our budget consists of six separate segments; Food, Transport, VFX, Art Department, Actors and Location. Each segment requires different amounts of the funding; the chart below depicts how we plan to split the funding we receive – if we reach our required amount.

For more information – follow our social media for regular updates.

– The cast and crew of Dreamcatcher.

Plot, we understand we have quite a complicated concept and we want to ensure plot clarity. Budget, we will be working with a low budget with high budget expectations. The “music video” scene, the opening scene of the film will feature a musical moment which includes a choreographed moment. The flash-back, we want to avoid making that a cliche. Sound design, we want to be really creative with our sound design, the risk being it becoming too tacky.