Dwon & Adne : An Underworld Adventure Discover an amazing underworld and solve puzzles with your friend 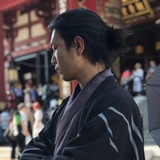 In Game, You and your friend will go on an adventure with Dwon and Adne to discover a tarnished but beautiful underworld and cooperate to solve different puzzles.

In this special and flatten planet which the gravity system is disordered, two group of people respectively lived in upside and downside of the planet. One day, the earth crust is penetrated by unrestraint mining of coal, they met each other and fight for the shortage of the resources. During the war, the princess from the downside, Adne, was fall to the upside from the edge of world by a well-planned conspiracy and rescued by a steam worker from the upside, Dwon. After falling into a deep hole by accident, what story will they being through?

The gravity of two main characters are adverse. When player control them to joint hands together, they will be regard as an individual and they could jump higher than usual state as a result. Player need to cooperate on this to solve most of the puzzles.

Squeeze wall: will crash to the direction which he was triggered from in seconds, then it will slowly return back to origin position after collide.

High temperature steam: will cause big damage to character when they touch them. Its main target is block player go forward, but it also can be block by things like box or squeeze wall

Throwing (on going): Each player can throw an object to air, and another player can jump on it. (My idea is that one player could help another one to go forward by building a variable stair to higher place through throwing things. I’ve already implemented it in Unity3D, but this new mechanic needs more playtests and refinement.

Gravity changing (on going): I want to give player a way to change gravity of scence element. (like reversing the flowing direction of cataract, so character could jump in and move upwards; or double the gravity of trees or mushroom to make them grow twice taller than before.) It’s just an immature idea right now, but I think it has potential and I will continue to work on it.

I’d like to call myself an indie game developer. I learned the programming and painting by watch online tutorials on YouTube. And I’ve taken part in plenty different game jams to accumulate developing experience. Dwon & Adne will be the first project that I will be solo-developing.

I think my personal skills in every aspect is quite limited especially my coding ability, there are a lot of bugs in my now which I have no idea how to deal with them.
But if I got enough fund, I probably will find other developer to organize a team in order to process the project faster and better. As a result, the time of production maybe will take longer than I aspect