1941: Race to Moscow How to plan and execute the largest military campaign in history? Find it out in 1-3.5 player, 90 minutes logistic take on Barbarossa 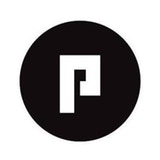 The line between disorder and order lies in logistics is a very sound Sun Tzu quote that perfectly describes the importance of logistics in military operations. This sentence has been an inspiration for the 1944. Race to the Rhine board game, that has shown the ‘44 Western Front campaign from a logistics perspective. The game, published in 2014 in four language editions and sold in the thousands, has been nominated for Golden Geek Award for the Best Wargame and received 3rd place in the Wargame category of Tric Trac d’Or 2015.

Five years later we are proud to offer you a new game in the series, focused on the ‘41 Eastern Front campaign. 1941. Race to Moscow brings the system to a completely new level, with much deeper and more demanding gameplay, as the Eastern Front logistics was a nightmare of horse wagon, truck, and train composed supply columns. What is more, the powerful enemy armies are just across the border, getting ready to launch an onslaught. With the world’s strongest army to beat and a difficult logistical puzzle to solve, 1941. Race to Moscow is a dream come true for every wargamer!

With this crowdfunding campaign we ask for your support to release 1941. Race to Moscow. Please scroll down for details!

What do the Players say?

We are sure you’ve not only heard of the Barbarossa campaign but also may agree that logistics were the key to its failure or success. This take on the subject has been quite recently made accessible to the wider public in the book Operation Barbarossa and Germany’s Defeat in the East by David Stahel. This is where our inspiration came from, when we looked for successor of 1944. Race to the Rhine.

In 1941. Race to Moscow, which by some is considered to be war-themed pick up and delivery and by others a very simple (but not simplistic) approach to large scale military logistics, the players take the roles of chiefs of staff (or quartermasters) of three massive Army Groups, formed together from close to 200 divisions, which aim at the centers of the Soviet Union – Moscow, Leningrad and Rostov. The campaign itself was planned to be swift and daring, with a goal to reach the objectives before winter. In reality, after the final push – Operation Typhoon – the invading troops reached the vicinity of Moscow and looked through binoculars at the Kremlin spires on one frosty December morning. And then, the Soviet counteroffensive started.

Your job will be to keep the logistics chain working, to make sure the speed of the Blitzkrieg is kept at the highest level and the goals are reached in time. That means you will have to supply fuel to the tanks, ammo to the guns,  food to the troops, and fodder to the horses (yeah, you know most of the German divisions used horse-driven wagons, right?).

There is yet no such Eastern Front game out there. This is an entirely unique game perspective and experience drawing from the  award-winning 1944. Race to the Rhine, just much deeper. Now you will be in command of mechanized panzer groups and non-motorised armies, there will be two types of transport columns: trains and trucks, there will be air-support and Kriegsmarine operations and plenty of random, yet historically accurate events.

There are no combat rolls in the game, no CRTs, no LIMs or chits nor initiative rolls. In a very elegant, yet accurate system, the whole Operation Barbarossa is playable in 90 minutes with 1 to 3 and half a player. Yep, half. That means if you have 3 seasoned player and one novice (or someone you want to convert to wargames), you may still find for him/her a place at the table.

Or let Stalin, errrr…artificial player do its trick. For we have AI for each of the three players – that means you have 3 different solitaire games in the box and quite a number of 2, 3 and 4 (or 3.5) player games too.

“Amateurs talk about tactics, but professionals study logistics.” Nobody knows to whom to attribute this worn-out phase but most people agree it is actually true. Support 1941. Race to Moscow to see how we’ve implemented this claim into a fast playing, exciting, and competitive game of the largest military operation in the history of humankind.

Our Goal and Stretch Goals

With this campaign we are back to Kickstarter basics. The design is complete, with 4 years of development and playtesting behind it (please check this prototype review published in Feb 2016!) There will be no rule-changing expansions and stretch goals. We will use them only to improve the components, and to enrich gameplay. We are offering a great product at a great price and a short fulfillment period. There is no hidden agenda. We are offering a great and simple deal.

If we collect more than £50.000, you will be able to spend all the extra money on different game upgrades, as listed below. All these upgrades will be added to every game for free.

After reaching the funding goal, you will be able to choose daily which upgrade you would like to take, ‘paying’ for it with your collected money and interactions. The pools will be run at 1941: Race to Moscow Boardgamegeek.com forum. We hope that this ‘mini game’ will bring you some fun, and will help us to promote the game during the campaign.

Please check also the 1944. Race to the Rhine review to find out more about the game system:

Here is a link to the Tabletopia game room for 1941. Race to Moscow. You will find the beta game rules there as well:

Please note that the graphic materials presented here are not yet final and may be changed. The photos are of handmade prototypes of the game. The final production quality will be much, much higher.

The games are produced in the EU, in keeping with the proven high standards of PHALANX. If you back us on Kickstarter, you will receive your copy several weeks before the game reaches any retail outlets! Our goal is to produce 1941 Race to Moscow within 200 days of reaching our funding goal. Kickstarter backers will have their copies delivered no later than October 2020.

You will be asked to pay the shipping cost in the Pledge Manager after the campaign. At that time, you will be able to add extra copies of the game and items from our add-on list. Additional items may increase shipping costs. PHALANX is responsible for shipping the English edition of the game. The games will be shipped from the EU using FedEx air freight, so the delivery date will be close to the production date. The estimated shipping cost is: USA £15 to most states, £30 to Alaska, Hawaii, and Puerto Rico. Canada £20. EU £12 to most countries (Poland – free). Other European countries £15 – £30. Asia £30, Australia £25, New Zealand £25, Oceania £35, Latin America £35, Africa £35.

You can multiply the chosen Pledge to get significant savings on shipping costs. For example, the cost of shipping to most EU countries will be £12 for a single game and £16-18 for 2-4 games, if shipped to the same address. Call your friends and save around £25 on shipping!

If you’re a retailer, please contact us at sales[at]vertima.trade to receive an offer.

Backing the game is a great way to support the project, but the next best thing you could do is to help us create awareness for the game by following us and sharing our posts on Facebook, Twitter, Instagram, and elsewhere.

Please subscribe to our newsletter (https://phalanxgames.co.uk/contact.html) to be the first to know about our future releases.

This project is Kicktraq Day-1 Project. If you love charts (yes, we do), please visit:

Special thanks to Thomas Boley for the photos!

Please read the information on this page carefully and back the game only if you are sure that you want to get it. We are sure that you won’t regret it, as our previous projects have received great feedback from the community. Nevertheless, sometimes unforeseen things happen and you will need a refund. In such cases we will refund your pledge, but without 15% fees that we are obliged to pay (Kickstarter, Stripe, PayPal, and BackerKit fees).

1941. Race to Moscow is designed and published by people passionate about both the tabletop experience and military history.

PHALANX is an international publisher that has been publishing board games since 2009. Our goal is to publish beautiful, challenging games with original themes. We are known for great quality products and customer-focused service. We publish games with the largest companies on the market, like Academy Games, Asyncron Games, Cranio Creations, Crowd Games, Ediciones MasQueOca, Feuerland Spiele, Galapagos Jogos, KOSMOS, Mayfair Games and Stonemaier Games. We have already published various games in English, and many people enjoy playing them, like the all-time classic Mark Simonitch’s Hannibal & Hamilcar, Martin Wallace’s Nanty Narking, and the innovative U-BOOT The Board Game.

ASYNCRON games is a French board game publisher. Its most famous boardgames are Mare Nostrum and FIEF. PHALANX and ASYNCRON games are partners since several years with 1944 RttR, Mare Nostrum, Hannibal & Hamilcar, and U-BOOT The Boardgame. ASYNCRON games has already managed 8 successful crowdfunding campaign and is now looking forward to handling the French version of Race to Moscow.

Please visit this page for additional info about the French edition.

Man of renaissance: lawyer, game designer, and publisher. His previous game designs are 1944. Race to the Rhine and The Magnates.

PHALANX has been publishing board games since 2009.
Our products are known for great quality, just like our customer service. We publish games with the largest companies on the market, like Academy Games, Asyncron Games, Cranio Creations, Crowd Games, Ediciones MasQueOca, Feuerland Spiele, Galapagos Jogos, KOSMOS, Mayfair Games and Stonemaier Games.

This is our eighth Kickstarter campaign: in 2016 we successfully fulfilled the Germania Magna campaign, and Mark Simonitch’s Hannibal & Hamilcar in 2018. U-BOOT was delivered in early 2019, and Nanty Narking in late 2019. Freedom! and Europe Divided are close to being shipped, and Successors is in final development.

We do not expect delays in production, but unforeseen issues may arise during manufacturing and shipping. We estimate that in the worst case scenario, the production might suffer delays of at most 30-60 days, and shipping & customs may add an extra 15-45 days. We are experienced with large production runs, and we are preparing back-up plans for each step of the project, from production to shipping and final delivery.

By backing this project you agree that our primary responsibility to you is to ship your order as entered into the pledge management system. You are responsible for import or other duties that may be payable to relevant tax authorities. You also accept that you are fully liable for incorrect shipping details and will risk your pledge being undeliverable or lost in transit. We are unable to ship to PO Boxes. We allow a maximum of one delivery location per backer, regardless of the number of pledges /copies ordered.

Please note that geopolitical events not under our control, such as Brexit and the imposition of new tariffs on the access of goods to a country, may change the terms we offer to residents of such countries, even if we guarantee we will do our best to avoid such issues.

If you do not accept the proposed terms, then please do not back this project; wait for the retail release.