Charlie Adlard: Drawings + Sketches Peek behind the scenes of The Walking Dead's Charlie Adlard with rare and never before seen drawings spanning his entire career 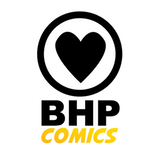 Don’t  miss this chance to take a glimpse behind the curtain of the creative  process and art of one of the comic industry’s best illustrators in Charlie Adlard: Drawings and Sketches, edited by Tim Pilcher.

Edited  by Eisner award-winning former DC Vertigo editor, Tim Pilcher, this  book will give readers and fans a peek behind the curtain of his  creations. With two decades of comic art behind him,  Drawings + Sketches selects work from The Walking Dead, Vampire State  Building, Wendigo and much more – offering insights into the stories and  processes behind his work.

Charlie Adlard is the former UK Comics Laureate and artist on The Walking Dead comic series alongside writer Robert Kirkman. He has also worked with Marvel, DC, Image Comics and many others on comics including 2000 AD, Mars Attacks, The X-Files, Judge Dredd and X-Men.

Tim Pilcher is the Eisner-nominated co-author of How Comics Work, a writer, lecturer, editor, publishing consultant and co-owner of Soaring Penguin Press. He has previously worked at Vertigo and Humanoids.

BHP Comics is one of the leading independent comic publishers in the UK, whose roster includes Judge Dredd creators John Wagner and Alan Grant (Rok of the Reds), Clare Forrest (Mighty Women of Science), Dave Cook and Craig Paton (Killtopia), and more. They also produce major comic events across the country, including Glasgow Comic Con. Shortlisted for Publisher of the Year 2017-2019.

If you back the project, here’s what you can get.

With Kickstarter, it goes beyond just offering a way for you to order books, but reaching new people to showcase brilliant projects. The comics community on Kickstarter has been supportive of many BHP Comics projects across the years, and we felt there was no better place to launch this exclusive pre-order for Charlie Adlard: Drawings + Sketches, both a thanks and way to ensure we reach as many new people as possible.

Your money will go primarily towards the printing and production of the book, making sure it matches the quality of Charlie’s work inside!

Thanks for supporting BHP Comics and independent comics publishing! We appreciate it.

No risks with this project, all the artwork is from Charlies collection, it’s all been scanned and we’re in the process of pulling the internals together for the book.