Void Eclipse: A Sci-Fi Strategy Game Lead an alien empire faced with a mysterious threat and discover your origins in a galaxy of unique star systems 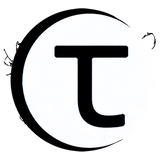 Void Eclipse is turn-based strategy in an immersive Sci-Fi world. You’re an android with scattered memories in search of your mysterious origins.

Explore the stars, Evolve your army and fight an alien threat. Choose to help characters or harm them – will you be Feared, Admired, or Respected?

Born under the harsh cold ice of their home planet this technologically advanced species has engineered bio-suits to survive on land and in space.

Masters of form and substance the Solehr are living viruses. They infect and consume anything in their path and have wrought chaos upon the Varegon empire.

Discover new Planets and Star systems as you create new Fleets of your units.

Solve the mystery of your Android character’s past by finding Memory Fragments which detail memories from a previous life. Use collected fragments to upgrade your character with different Personality Matrixes to unlock powerful abilities that change the way you play.

Each planet has a unique set of environments which determines which units are most effective and helps make battles feel fresh at each location.

You decide which mission to take next in the campaign. Each has a set of rewards, including which units you unlock next.

Once unlocked, a unit can be researched using Energy you have harvested. Make tough choices to determine your military strategy before the final battle.

The player chooses from dialog options when responding to NPCs. You’ll encounter other characters as you take on missions for the Varegon empire – but be careful, your decisions will effect how other characters treat you.

Will you be Feared, Admired, or Respected?

That XP can then be spent on upgrades for the player’s units. Each Character has upgrades that unlock special abilities on the battlefield. Simply use the click wheel to access its active abilities

Units in Void Eclipse are represented in 2 ways: by a thumbnail that is recognizable and easy to manage, and by a full-size card. Regardless of the format a unit’s current Health, Armor and Shields are always listed.

The thumbnail below represents health, armor, and shields as red, grey, and blue bars at the top respectively. The current value of those stats are listed when a player hovers over it.

In battle, units are represented as cards. This helps relay additional information about the unit status in battle.  In the screenshot below, the shields are represented by a bubble and their current strength is listed by the blue dots on the upper right of the card. The Health, Armor, Attack type and strength are all listed along the bottom.

When a unit attacks its damage is blocked by shields (shields can sustain a finite # of hits), reduced by armor, and any remaining value reduces the enemy’s health. If a unit’s health reaches 0 it is destroyed.

There are 4 attack types in the game: projectile, slashing, explosive, and energy. Each type has a unique effect (for instance, slashing damage ignores shields and armor).

Units also have a range which determines how close they must be to attack another unit. A unit’s range is represented by red squares on the board.

Units can move on the battlefield to an adjacent space in any direction. A unit can move or attack on their turn, but not both.

Below, the Initiate uses the Covering Fire ability accessed via the click wheel to prevent an enemy unit from attacking for 1 turn.

As the founder of the game and primary full-time member of the team I (Jesse) have been responsible for the programming, game design, 3D modeling, special effects and storytelling.

Riley created all the epic card Illustrations for each of the games unique alien species and characters. He’s also worked to keep the game’s art direction consistent including indispensable advice about the game’s systems at every step in development. You can see more of his artwork at his artstation – his previous concept work at Camouflaj includes work done for the games Republique and the upcoming Ironman VR.

Nico composed the ambient background music and the battle soundtrack. You can see his current work on his Youtube channel.

Below is a sneak peak at the Original Soundtrack created for Void Eclipse!

The current goal is to bring Void Eclipse to PC on Steam and GoG. However, using Unreal Engine gives us the ability to port the game to other popular platforms. Perhaps a stretch goal…

Why Kickstarter? The idea for Void Eclipse began in our minds roughly 4 years ago as a tactical card battler with an immersive Sci-Fi story. Tau Ceti Studios was created to make that dream a reality. We kept our studio independent to allow development to focus on creating 2 unique alien species with their own rich lore.

At the core of this game are it’s carefully illustrated, unique characters. Each of the characters has a set of 10 abilities and many of those abilities require their own special effects, icons, and playtesting. Raising funds on Kickstarter allows us to fund the development of all these abilities so that each character is fully polished.

All the basic mechanics and gameplay are currently playable in our internal alpha but to truly make the game shine we need a community of players to playtest the game and give us vital feedback on how character abilities interact in the game’s planetary battles.

There have been a lot of really fantastic games that we’ve seen come to life on Kickstarter that are similar in scope to our own. We are looking to bring together a community of backers who will help us make a unique new style of strategy game. Our team started with just a few people, imagine what we can create with your help!

Our development timeline is outlined below to give you an understanding of where this project is headed. Let us know what you want to see in Void Eclipse, in the comments!

The Reward goals have been kept digital to help keep all the funds raised on Kickstarter focused on the actual game development. Below is a breakdown of how those funds will be used in the development of Void Eclipse.

Developing a videogame can be fraught with many pitfalls. We’ve self-funded the project up to this point (pre-Alpha with a playable prototype). We waited until now to bring it to Kickstarter because we wanted to assure the Kickstarter community that this game had a clear vision and scope before we asked them to back us.