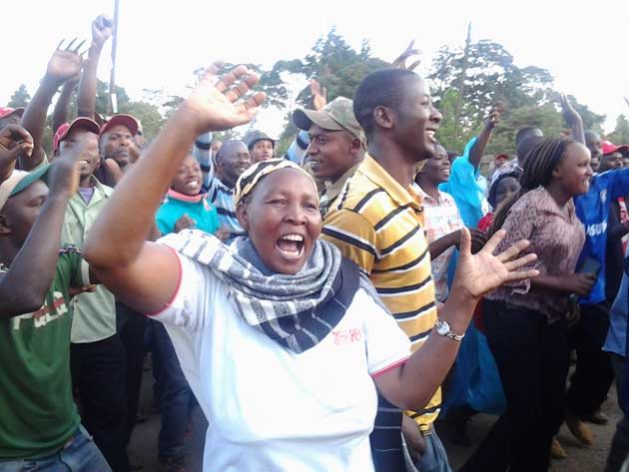 NAIROBI, Kenya, Nov 11 2019 (IPS) – Every day 830 women die while giving life. At least 33,000 girls are forced into child marriage with 11,000 girls undergoing female genital mutilation. These are some of the cruel realities young women face every day. However, there is renewed hope that delegates expected to attend the International Conference on Population and Development (ICPD) in Nairobi this week will re-energise and breathe new life to the Cairo Promise.

“The Summit is a call to action to accelerate progress towards the world we imagined in 1994,” Arthur Erken, one of the three co-chairs of the International Steering Committee of the Nairobi Summit, tells IPS. He emphasises that the magic of the first ICPD conference is in the paradigm shift from “a numbers-driven approach to development to placing people, their needs and aspirations, at the heart of sustainable development”.

Erken says this summit is, therefore, a call to action to countries and partners to fulfil the Cairo Promise by making concrete commitments towards achieving the ICPD goals.

Co-hosted by the governments of Kenya, Denmark and the United Nations Population Fund (UNFPA), the Nairobi Summit takes place on the 25th anniversary of the ground-breaking 1994 International Conference on Population and Development (ICPD). 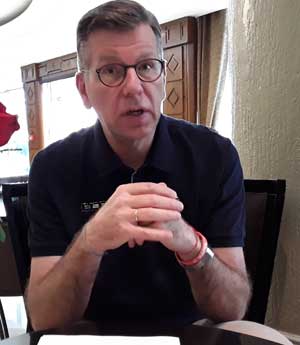 Arthur Erken says that ICPD25 is a call for action to accelerate the Cairo promise. Credit: Joyce Chimbi / IPS

Unfortunately, says Erken, this promise has for millions of women and girls around the world not been fulfilled. “The world we imagined in Cairo is not a reality,” says Erken. He says the Cairo Promise was about ensuring that all people have access to sexual and reproductive healthcare, including safe pregnancy, childbirth and family planning services, and are free from all forms of violence and harmful practices.

Other experts such as Beatrice Okundi, assistant director of the National Council for Population and Development (NCPD), affirms that at the heart of the promise is gender equality, and the emphasis placed on equality and empowerment of women and girls.

Okundi says that accelerating the Cairo Promise will require raising awareness on the relationship between population growth and sustainable development. “For Kenya to absorb an additional one million people every year as it has done for the past 10 years, our economy must grow at a double-digit figure up from the current 5.7 percent,” she tells IPS.

Five themes to a call for Action

He says the summit is also about achieving three critical zeroes: zero unmet need for family planning, zero maternal deaths and zero violence and harmful practices against women and girls, including child marriages and female genital mutilation. “ICPD25 is also about assessing how much these three zeroes will cost governments as well as partners, and emphasises the need for innovative financial models,” Okundi adds.

She says that “ICPD sets in place a far-sighted plan that advances human well-being and their rights, well ahead of numerical numbers”.

Erken points out the Nairobi Statement “is not a negotiated document”. However, it is nonetheless the overall global framework formulated and based on wide consultations with diverse stakeholders, including governments and CSOs, among others. “This statement is an embodiment of areas that need prioritisings. It is a reflection of the state of implementation of the ICPD Programme of Action and the areas where concrete commitments are required in order to move the ICPD agenda forward.”

Finish what we started….

But not every expert or delegate is as hopeful, as expressed by Angela Nguku, the executive director of White Ribbon Alliance, an international coalition on safe motherhood. She argues there is no need for new promises or commitments.
“We need to finish what we started in Cairo by removing obstacles, especially corruption from our path,” she says. Nguku says that misappropriation of public funds continues to stand between populations and Cairo promise.

“On this continent, the ICPD agenda remains unfulfilled, not because of a resource gap, but a leadership and governance gap. We need to put the resources we have where they are needed,” she tells IPS.

Nonetheless, delegates expect that the new commitments made in the next three days will lead to completion of the unfinished business of ICPD.

Let’s not wait another 25 years

ICPD25 runs from November 12-14, bringing together more than 6,000 delegates from around the world, with at least 164 countries and delegates drawn from civil society organisations, grassroots organisations, young people, business and community leaders, faith-based organisations, indigenous peoples, international financial institutions, people with disabilities, academics and many others working towards the pursuit of sexual and reproductive health and rights.

“The summit is not a platform to prescribe solutions to convening countries and convening delegates. It is an opportunity for governments and other partners to make commitments, and own the process,” says Erken.

Experts acknowledge that tremendous progress has been made over the last 25 years, but emphasize that a lot more will need to be achieved in a shorter period of time, to fulfil the promise by 2030.

“We cannot have another 25 years of ICPD. This is hopefully the last ICPD conference,” Erken observes.