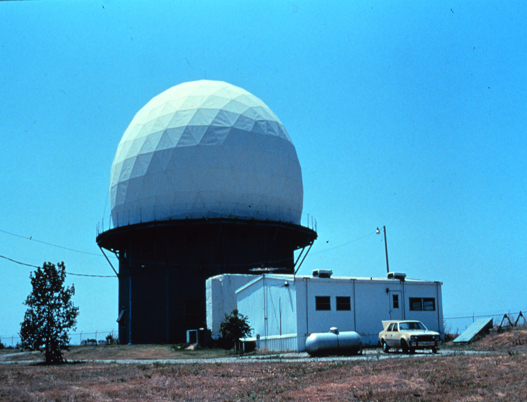 Doppler radar is a specific type of radar system that uses the Doppler Effect mechanism to detect the objects in motion and analyze the velocity of their movement. These radars, in contrast with the conventional radar systems, can filter the signals constantly reflected by the ground and put extreme focus on the objects in motion. With the rapid advancements in technology, sophisticated Doppler radars are developed including Pulse-Doppler radars, Continuous Wave (CW) radars, frequency modulation radars, and bistatic radars. Thus, the technological sophistication and its superiority over the legacy systems are the prominent factors that are creating an unprecedented demand for Doppler radars in safety and security applications. Since the recent past years, there is growing emphasis on security concerns across different countries due to the increasing geopolitical tensions across the borders and the rising terrorist attacks. Moreover, the increasing number of nuclear weapons across the world is creating global security tensions. According to the World Nuclear Weapons Stockpile Report published by Ploughshares Fund, the total number of nuclear weapons possessed by different countries across the world are 13,850, with Russia and the United States comprising 92% of the total number. These factors resulted in the adoption of sophisticated security and surveillance systems such as Doppler radar. Therefore, the perpetual rise in the safety and security concerns across the world is the prime impetus for the growth of the Doppler radar market. Moreover, the Doppler radars are gaining tremendous demand from the aerospace and aviation industry, to gain accurate data regarding air navigation such as ground speed and drift angle of the aircraft. For instance, Green Satin was a Doppler radar innovated by the Royal Air Force to gain direct measures of the drift speed and direction, which facilitated them to accurately calculate winds aloft. The report covers Doppler radar market size by Type and applications, Doppler radar market share by top 5 companies and also the market share by start-ups during the forecast period.

As of 2018, the globalDoppler radar marketsize was estimated to be $7.5 billion. Furthermore, the demand for Doppler radar is poised to propel at a CAGR of 4.6% during the forecast period 2019-2025.

Geographically, North America held the majority share in the global Doppler radar market generating a global demand share of 30% in 2018. The dominance of this region is mainly attributed to the growing emphasis on safety and security concerns. It is apparent that, developed nations of this region such as the United States, are facing serious threats from terrorist groups. So, the government of this region is funding very highly to the defense and military sectors to enable them to deploy technologically advanced security systems such as Doppler radars to detect and monitor wide range of targets with potential threats including aircrafts, unmanned aerial systems, ships, vehicles, and pedestrians. According to the U.S. Department of Defense, On March 11, 2019, President Donald J. Trump requested the Congress to release a budget of $718.3 billion for the Department of Defense and $750 billion for national security for the Fiscal Year (FY) 2020. Thus, the increasing adoption of Doppler radars by the defense and military sector has rendered North America with the majority share.

On the basis of end-user, the Doppler radar market is segmented into military and defense, aviation, marine and space industry. Among these, military and defense is the key segment that is anticipated to generate maximum demand for Doppler radar market. The high penetration of technology in military processes, and increasing adoption of radar equipment are the factors propelling the growth of Doppler radar market. These radar systems are used in various military and defense applications such as weapon and missile guidance, air traffic control, and air collision avoidance. Moreover, these systems are deployed on a wide scale to curb border infiltration activities and enhance border control. As a result, the key application segment is anticipated to grow with a CAGR of 5.2% through to 2025.

· Solid State ElectronicsIn legacy radar devices, vacuum electronic devices are used in supplying power to the amplifiers of the radar device. Now-a-days, solid state transmitters are deployed in place of vacuum electronics as the radar with solid state transmitter has many benefits such as high accuracy, high sensitivity, high resolution, and enhanced performance. These type of Doppler radars are disrupting the growth of the market.

· GaN-based amplifiersAmplifiers is the significant part in the Doppler radar systems. Gallium Nitride (GaN) based amplifiers has the capacity to work at high voltages when compared to traditional amplifiers. These amplifiers enhances the efficiency and detection range of Doppler radars. Consequently these radars are gaining traction and thereby disrupting the market growth.