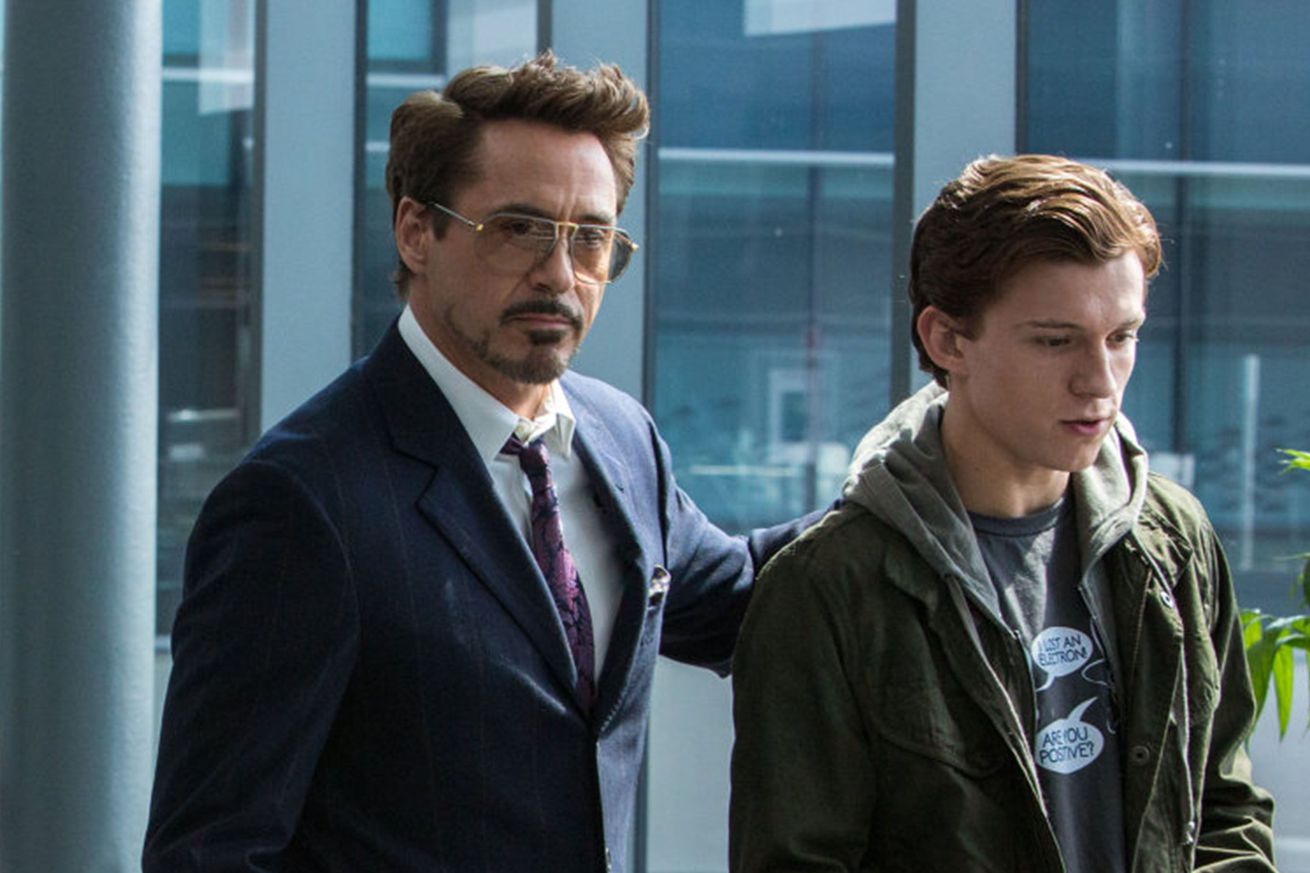 Interviews with the filmmakers behind the Marvel Cinematic Universe almost always get around to what seems to be the studio’s core creative ethos: paint yourself into a corner, then find a creative way to get out of it. That mission statement inspired the snap in Avengers: Infinity War and the big secret-identity reveal that ends Spider-Man: Far From Home. And while creative inspiration probably wasn’t at the top of anyone’s mind during the business impasse that reportedly dissolved the partnership between Sony (which owns the current film rights to Spider-Man and his rogues’ gallery) and the Disney-owned Marvel Studios, that unexpected split could inadvertently inspire Sony to adopt exactly the sort of creative problem-solving that has fueled some of the MCU’s greatest moments.

First things first: No, this doesn’t mean we’re in for another Spider-Man reboot. According to current reports, Sony is planning to make more Spider-Man films starring Tom Holland, with conflicting reports saying that he’s currently contracted for either one or two more solo films. The only difference is that Marvel Studios president Kevin Feige won’t produce those films. The deal will also likely prevent Holland’s Spider-Man from appearing in future MCU movies, although that aspect seems to be slightly more in flux. (It’s also possible this whole deal could change, especially as both companies examine the public reaction to their confrontation. Entertainment Weekly reports that negotiations are still ongoing.)

Assuming the studios actually can’t come to terms, the bigger loss here is for the MCU, which could lose access to a wildly popular character who’s been a consistent delight in their universe. But it’s worth remembering that Holland’s Spider-Man has only appeared in three non-solo films (Captain America: Civil Warand Avengers: Infinity War, plus Avengers: Endgame, which he’s barely in). The vast majority of MCU movies don’t involve Spider-Man, and the universe was creatively thriving long before he popped up in it.

And with Steve Rogers and Tony Stark out of the picture, Peter’s strongest connection to the Avengers is gone. It’s not even clear whether Marvel is interested in doing more big Avengers films in a post-Endgame universe. There were none on the Phase Four slate Feige announced at Comic-Con, which detailed the studio’s release schedule through 2021. Given how many of the remaining MCU headliners are space-based (the Guardians, Thor, Captain Marvel), the future of MCU crossovers could very well be more cosmic than Earthbound, which would make it fairly easy to write around Spidey’s absence.

Still, while the MCU without Spider-Man is definitely a bummer, Spider-Man without the MCU has the potential to be a big win. More so than any other hero in the Marvel Cinematic Universe, Spider-Man has never fully been allowed to stand on his own two feet. Holland’s Peter Parker has largely been defined by his relationship to Tony Stark; his biggest goal is to live up to the legacy of a larger-than-life paternal mentor who’s better at snarky detachment than emotional caregiving.

Yet bringing Tony’s big-scale world crashing down onto Peter’s small-scale one has yielded mixed results. Far from a scrappy neighborhood hero, the MCU’s Spider-Man often feels more like Iron Man Lite, with high-tech suits, AI assistants, and easy access to private jets. As Emily VanDerWerff put it for Vox, “Peter Parker sells himself as just a normal kid from Queens, but everything else suggests he’s the surrogate son of one of the world’s richest and most powerful men. With great power comes access to even cooler toys.”

There’s nothing inherently wrong with changing Peter Parker’s circumstances in that direction, but the Iron Man-infused elements have always been at odds with the best thing about the Holland Spider-Man films — their ability to tell endearing, John Hughes-inspired, high school stories. That’s something neither Sam Raimi’s Spider-Man movie trilogy nor Marc Webb’s Amazing Spider-Man film series were ever able to do. Yet in the rush to remind audiences that Peter Parker and Tony Stark exist in the same universe, the solo MCU Spider-Man films have sometimes sacrificed what makes them unique, in favor of pushing bland franchise tie-ins.

That’s how we end up with a situation where Far From Home starts as a fun romp about Spider-Man going on a European vacation, only to become… a polemic about how difficult it is to be burdened with total control over a massive army of deadly drones? Not exactly a natural fit for the story of a friendly neighborhood webslinger. The standout sequence in Homecoming is the one where Peter endures a tense car ride with his girlfriend’s supervillain dad, which cleverly blends high school stakes with superhero stakes. It’s far more exhilarating than the lackluster action climax where Peter crawls around an invisible jet, desperately trying to protect Stark Tech.

Less time spent on Stark gadgets would mean more time for Jacob Batalon’s loyal Ned, Zendaya’s oddball MJ, and the rest of Peter’s enjoyable high school world. And with Peter’s MCU-based father figures off the table, that would also give future Spider-Man films a chance to make up for the most baffling decision Marvel ever made, which was to hire a phenomenally talented Oscar-winning actress to play the most important person in Peter’s life, and then put her on the back burner for two films. In a superhero cinematic landscape where inspirational maternal figures are still far too rare, Marisa Tomei’s Aunt May could be a welcome trailblazer in that regard, rather than just well-dressed window dressing.

Given that Tony is gone, his direct impact on Peter’s life was always going to fade over time anyway, and much of Peter’s arc in Far From Home is explicitly about stepping out of Tony’s shadow. It’s not hard to imagine future Spider-Man films dealing with Tony in the way the first two dealt with Uncle Ben — vaguely alluding to him without making him central to the story. The big change here is much less screen time for Happy Hogan, which seems like a loss we can all live with.

It still remains to be seen whether Sony can keep up the quality of its live-action Spider-Man films without Feige’s input. But if we want to blame Sony for the lows of Spider-Man 3 and the Amazing Spider-Man series, we also have to give them credit for the first two Raimi films and Spider-Man: Into The Spider-Verse, three of the best superhero movies ever made. Film is an incredibly collaborative medium, and it’s hard to boil it down to the contributions of just one person, especially from an audience perspective. (Just look at how quick people were to give ousted director Edgar Wright credit for the hilarious Ant-Man monologue sequences, which turned out to have been added by Peyton Reed.) Though Feige certainly deserves a massive amount of credit for how deftly he’s steered the MCU since its inception, he doesn’t make these films on his own.

In fact, one name curiously absent from online chatter about this Spider-Mannews is director Jon Watts, who helmed both 2017’s Spider-Man: Homecoming and 2019’s Far From Home. Fans and critics clearly liked those films a lot, but Watts hasn’t been granted the “MCU auteur” status of directors James Gunn, the Russo Brothers, Taika Waititi, or Ryan Coogler. In his interview on the Empire PodcastSpoiler Special, Watts comes across as a thoughtful, passionate filmmaker, who played a major role in developing his two Spider-Man films, as well as directing them. (Though Watts doesn’t have a ton of major credits outside the MCU, video essayist Patrick Willems released a lovely tribute video to some of the early creative work he did as part of a group called Waverly Films.)

Deadline reports that Sony doesn’t have Watts back on board yet, but if Sony were able to sign him again, it could ensure some level of cohesiveness with the first two films, and let him build on the groundwork Feige helped lay in the first place.

While it’s fascinating how fans feel they have deep-rooting interests in the outcome of two massive corporations battling over profit shares, the idea that there’s at least one big franchise that Disney doesn’t own is honestly a relief. Worst-case scenario, Sony botches this whole thing and we get two hours of Holland’s Spider-Man and Tom Hardy’s Venom chatting about turds in the wind.

But best-case scenario, we get a Spider-Man film that dispatches with the tedious MCU franchise-building and uses its young cast to their full potential while they’re still young enough to believably play high school kids. The reason Peter Parker is one of the most popular comic book characters of all time isn’t because he has a cool robotic suit with an instant-kill feature. If the trade-off for a Spider-Man-free MCU is a version of Holland’s Peter Parker that fully embraces his unique teenage-hero identity, that doesn’t seem like such a bad bargain.