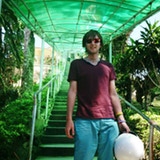 Pine is an open-source cross-platform app and game framework targeting Android, iOS, Windows and Mac, written in Java. I have been personally developing this framework on and off for the past few years, but recently I have been working on it full time as I require it for an app I would like to release. Pine is very close to enjoying it’s first release, and it will be completely free and open-source under the Apache 2.0 licence.

(Note the Windows app is unsigned and may be blocked by an anti-virus, if you run into issues then the app can be directly extracted from the zip here (PineSampleApp-v1.0.zip)

It all started a few years ago, when a friend asked if I could help him build an app for his website. The requirements were – it has to be fun, extremely smooth with fluid animations, and work on Android, iOS and Windows. After assessing all the available cross platform frameworks at the time, none of them were quite up to the task. Firstly none of them could build a native Windows application, and secondly they all had various issues relating to performance and cross platform compatibility. The latter is due to how most cross platform frameworks work, which is usually one of the following;

Both of these techniques have many issues. Webkit is notoriously slow, buggy, and inconsistent – especially on older versions of Android.

Native conversion is generally quite limited in terms of functionality, it requires that native UI on all devices have the same available methods, and that the framework incorporates those methods properly. Android and iOS have very different ways of achieving similar things, so generating an app that functions the same on both platforms is not an easy task. Moreover, the conversion to native cannot really be done in an optimal way, resulting in a lot of boilerplate code that makes the resulting app slower than native and prone to bugs.

Since none of the exiting frameworks were up for the challenge, it was time to cook up an alternative. At the time, I was teaching myself how to write games, and I was learning how to use the LibGDX cross platform game framework. I was constantly amazed at how powerful LibGDX was – even on the slowest cheapest Android phones, LibGDX would render almost anything you wanted super fast and super smooth. Plus, you can deploy your games to Android, iOS, Windows, Mac, Linux and HTML – covering basically everything. I thought to myself – how hard can it be to use this framework for apps instead of games? Why has nobody done this before?

Well, I was very wrong. Game frameworks generally don’t incorporate any native UI, or any native elements what so ever. Typically they render to a blank canvas, and that is that. It’s up to the user to create all the UI, including text – and text specifically is the real killer. While rending simple scripts such as English is quite straight forward, complex scripts such as Arabic, Chinese, Thai, Korean etc are very complicated, and usually avoided in non-native implementations. To make this problem worse, there is generally no support for advanced text input methods, such as custom keyboards, Swype, voice input etc. But I knew that regardless of these huge hurdles, the benefits far outweigh the issues.

Long story short – Pine was born. It is a modification and extension of the LibGDX game framework. Among many of its features, it has full support for all languages and scripts, including multi-directional complex scripts. Here  some of the benefits;

Unfortunately, while I did make an epic app in Pine for the my friend, the project was terminated and it never saw the light of day, so I am unable to showcase it.

Lets face it, open source software is the best. While it might not be the most profitable business model, it is certainly the way to make the best software. Isn’t it horrible when you find a problem with software, and there’s nothing you can do but hope there will be an update in the future that will fix it? Or maybe you just want a particular feature that isn’t present.

More importantly, while Pine is already very powerful, the only way it will truly become the best framework in the world is with a good community of people actively adding features and maintaining it.

Why I Need Your Support

While I have been working on Pine in my spare time for over a year now, recently I have been able to work on it full time and it is extremely close to being released publicly. It mainly just needs a bit of clean up, refactoring and documentation. When I started building my friends app, I never expected Pine to become so big and powerful, in fact I never imagined it would even become it’s own standalone project. Because of this, one of the biggest challenges was extracting Pine out of the original app and modifying it to be a generic base for other apps. I have brought it quite far in recent months, but there is still quite a lot of it’s functionality that might not seem very clear or intuitive, and this needs to be resolved prior to being released.

On top of this, I do not own any Apple hardware. When I was building my friends app, I was able to develop and test for iOS by borrowing his Mac and using an the iPhone emulator. The good news is Pine worked on iOS and is was extremely fast. The bad news is, as many might already know, it is very difficult to develop a mobile app when all you have is an emulator. You simply don’t get the same tools and feedback, and it is a very slow process. Also, Pine has come a long way since I have last been able to test iOS, so there is a fair amount of work that needs doing on the native side.

I need to raise the money to allow me to continue working on Pine full time for the next few months, and to purchase the hardware to finish up the iOS and Mac side of Pine. I estimate the initial release of Pine source code can happen around August – September 2019. Depending on how well the iOS and Mac development goes, it may be available around the same time, if not a few months later.

While the funding goal for this project is just to cover Pine development, I would greatly appreciate all the support I can get. One of the main reasons I started working on Pine again is I had a fantastic idea for an app I want to build for Desktop and Mobile. I can’t disclose too much information about it yet, but I am confident it will revolutionize 3D Printing. I have also designed an amazing 3D Printer that I would love to prototype and bring to the world, so any additional funding will go towards the development of these 2 additional projects.

If you got this far, thank you so much for reading, and if you do support this project I will be forever grateful!

Notes on the Demo apps

1) While Pine does have some advanced and useful networking features, I am unable to demonstrate them in the current release as I do not have a server set up. Depending on the success of this Kickstarter project, I will set up a server and include examples of networking features. The Messages page for example was taken from the original project I built for my friend, and it had everything required for a fully functional responsive messaging system – incorporating Pusher for instant feedback of typing and seen events, OneSignal for native notifications, and Sqlite for local caching of conversations. I intent to incorporate all of this into the sample app demo, and write a comprehensive tutorial of how to do all of these things in Pine. In the current demo release, these functionalities are mimicked with timers, however the Sqlite database is still functional and working – have a play sending messages in the example conversations!

2) Pine apps can be very lightweight, a fairly complex Android app for example can easily be under 10MB in size. The Demo apps are only quite big as they have a lot of videos and pictures for demonstration purposes.

I am 99% certain I can get the iOS side up to scratch, but without physical hardware to develop with I can’t be 100%. I also unfamiliar with hosting on GitHub and setting up maven repositories, so this may be a small challenge for me.