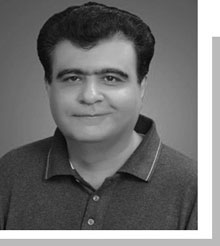 Pakistan has had its fair share of street protests, some of them even toppling rulers. Decades before the Arab Spring, Pakistan had its own ‘spring’ in March 1969 when protests toppled Ayub’s regime. Street protests also toppled Bhutto and weakened Zia and Musharraf. The PPP and PML-N used protests against each other during the 1990s and the PML-N even during the campaign to restore judges in 2009. More recently, the PTI has made street protests its signature tool. That none of these protests led to major, immediate improvements in governance despite some of them toppling rulers, serves as an antidote to the overzealous marketing of the potential of street protests to act as shortcuts to good governance.

Nevertheless, the experience of established democracies shows that street protests are a legitimate tool of democratic struggle if carried out within certain bounds. But when does the street protest negate democratic norms and become an illegitimate avenue by a minority to impose its will?

The question is not academic as 2017 may see more street protests depending on the outcome of the Panama leaks case. The court may rule that it found evidence of neither wrongdoing nor rightdoing. This would mean that while the opposition could not produce evidence of specific criminal activity by the PM or even his family, the Sharifs also could not prove the Mayfair flats were purchased legally. This half-judgement may not be enough to disqualify the Sharifs but will cripple them morally. This in turn may encourage Imran to launch another round of street protests.

Street protests should be based on influence, not force.

Under unelected regimes, the answer is easy. Since such regimes lack legality and democratic legitimacy, street protests (and even armed struggles as a last resort, as long as they do not target civilians) are a legitimate way to overthrow them. Thus, revolutions to topple unelected regimes, as in Russia, China and Iran were certainly legitimate though even they only ousted autocrats and did not improve governance immediately and significantly. However, the question is more complicated when it comes to street protests where there is a legitimately elected regime. Given that even so-called million man marches bring out a tiny fraction of the electorate, what rights does this small minority have against the will of the majority?

Democratic processes, in contrast with autocratic ones, rely on influence and persuasion rather than force. Thus, democratic protests too should largely rely on influence rather than force. Force-based protests involve blocking critical economic or political locations indefinitely through mass protests. They aim at inflicting such a heavy political or economic cost on the regime that it wilts.

On the other hand, influence-based protests involve using protests as a way of gaining attention and shaping larger public opinion as a way to exert pressure on the government. Here, the cost for the latter is not immediate, uncontrollable chaos but reduced future electoral prospects. Influence-based protests limit themselves either temporally or geographically. If they paralyse the whole capital (unlimited geography), they would limit themselves temporally by holding the protest only for 1-2 days at a time as during the anti-Iraq war protests or the current ones in Seoul. Or if they plan indefinite protests, they would limit the geography to specific non-critical locations as during the US Occupy movement.

Much also depends on what the protest is all about. If the protests are against specific government policies rather than its very existence, the focus should be obviously on influence-based protests aimed against the policy. Protests aiming to topple elected regimes must have a very solid justification, eg irrefutable proof of major electoral or financial rigging. The PTI lacked that in 2014 but still tried to hold protests limited neither temporally nor geographically. Thus, those protests were clearly beyond the realm of democratic protests as were its November 2016 lockdown plans even before the courts had given a verdict.

Finally, neither influence-based nor force-based protests will immediately and significantly improve governance. Thus, arguments justifying extra-legal means to overthrow corrupt regimes based on ‘ends justify means’ logic carry neither legal, moral nor utilitarian weight. Improved governance will only come gradually once the educated middle-classes recognise the value of democracy and invest in building it at the grass-roots level by participating in legal social movements.