How to write a Research Press Release?

By distributing press releases aimed at research, scientists can target specific demographic groups and get the word across more effectively. Research press releases are the ideal marketing tool because, with the help of modern digital marketing strategies, news can be promoted digitally on subject-specific websites and research databases as well as on traditional media.

Although press releases generally target the press, well-planned press release campaigns can do much more. With the help of appropriate distribution solutions and through the proper channels, the message of a press release can reach decision-makers, other scientists, mediators, and the general public.

Why should scientists consider distributing press releases to communicate their research? There are several benefits, some of which are mentioned below:

How do you write a Research Press Release?

How should you structure your press release?

Press releases conform to rules dissimilar to scholarly articles; they should not be structured with an introduction at the beginning, and methods, discussion, results, and conclusion to follow. Instead, when writing a press release, the following is the structure you follow:

What questions should your press release answer?

Although different research press releases will naturally convey different messages, all of them should answer the six essential questions:

Do scientists write their own Press releases?

When editorial services write a research press release for scientists, the scientists provide all the relevant information and oversee the writing process. Therefore, the editor will need to contact the relevant scientist(s) or institution multiple times before finalizing a press release. Getting your press release written has its benefits:

The good news is that when using press release distribution services, editors help scientists edit press releases to make sure that the content is up to the mark. Scientists might make the mistakes of using complicated jargon, writing in dry, uninteresting tones, lacking an active voice, or incorrectly formatting the press release.

How to write a Viral Press Release on Academic Research?

Now to get to the crux of the topic, you are a scientist that wants to write their own press release, and you want to ensure that it goes viral. Before we carry onward, let me say that you are not alone; scientists often write their research press releases. They do so because of the reasons mentioned above; because once a scientist has put all their time, effort, and dedication into a research project, they know what they want to say in the first draft of the press release.

More glad tidings for scientists reading this is that most journalists working on scientific press releases are scientists themselves with varying degrees of expertise in different areas of science. Indeed, it might be possible that the science journalist covering your story might not be an expert in your field, but the fact remains that their general scientific expertise will help them edit your story into a spectacular news article.

So, how do you write a successful scientific press release? Keep the following tips in mind, and you will be on your way to getting the recognition you deserve:

Is Your Story Newsworthy?

The foremost factor in the success of a story is its content. Even if you believe you have an interesting science result, there are still ways to make sure that you present your results go viral. How you can do so is by matching it with one (or more) of the following criteria;

Once you are sure your story is newsworthy, making it presentable is your next step. Below a checklist to follow;

I hope this article helped you in your journey of writing a quality research press release. Sticking to these guidelines will surely help you in publishing a viral press release. To conclude; godspeed, reader. 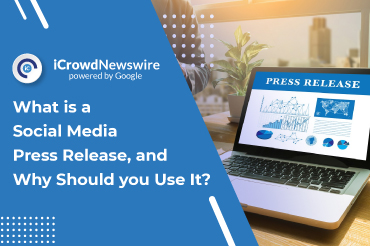 We will reply your message within 24 hours!

Why Press Releases should be a part of your Digital Marketing Strategy?

How to write a Research Press Release?

A Long-Term Relationship: Growing With Customers and Products