How Thinking Outside the Box can Deliver a High ROI 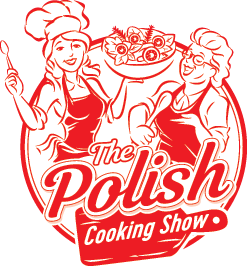 CHICAGO (July 26, 2022) – “In the marketing world you have to be ready to embrace opportunities that might at first seem a little outside the box,” says Rikki Lee Travolta, who piloted record news coverage as the head of public relations for Empire Today and as the head of PR and marketing for Other World Computing.

One outside the box marketing opportunity to take note of is to align your brand with television cooking shows. According to an article in the Hollywood Reporter by Mikey O’Connell, culinary shows are unscripted TV’s fastest growing subgenre. According to MarketingCharts.com, 8 in 10 adults watch cooking shows.

Take The Great British Baking Show as an example – it has been marketing gold for the companies that aligned themselves with the program early on.

The Great British Baking Show features talented bakers politely competing with new baking challenges each episode. Polite is the key word for these competitors. There is no yelling and plotting to undermine each other.

The likability factor of The Great British Baking Show goes a long way with viewers. So, it should come as no surprise that the next sleeper television hit looks like it could be The Polish Cooking. It has a similar quiet and entertaining ambiance.

The Polish Cooking Show brings to life a real Polish custom that upon her son’s getting married, it is his mother duty to teach his new wife the family recipes and the traditions and history that go with them.

As pointed out in the article Why Do People Like Cooking Shows? by Steven Doyle about the psychology behind the popularity of cooking shows, when cooking shows first hit the airwaves in the 1940s and 1950s, they had an educational purpose. Recipes were broken down so that viewers at home could easily follow along.

The pilot episode of The Polish Cooking Show drew huge ratings on PBS affiliate WTTW thanks in part to a three-act format, a catchy theme song, and the fun and knowledgeable hosts Ala Rokita and her daughter-in-law Natalie (Czupta) Rokita.

In each episode, our Polish mother Mama Ala teaches her new daughter-in-law Natalie a traditional recipe, as well as the cultural history that goes along with each dish. The recipes are broken down for viewers at home to follow along with ease. Each show ends with a finished product and reflections on family traditions. Throughout, Natalie’s quick wit shows off her comedic skills earned at legendary improv training ground Second City.

“Viewers love Natalie and Mama Ala,” says producer Travolta of his two stars. “They genuinely have fun with each other. There’s love in this kitchen.”

“I’ve said it before,” continues Travolta. “Love is a great seasoning.”

Love is no foreign topic for Travolta. He was originally brought to Chicago to headline Tony n’ Tina’s Wedding – getting married six times a week and making the show a hit. While that acting role catered to Travolta’s Italian lineage, The Polish Cooking Show capitalizes on his business talents and his Polish bloodline. He is 25% Polish and very proud of this heritage.

In addition to being one of the creatives on the series, Travolta is also the conduit aligning companies with The Polish Cooking Show.

“If you’re running a company and you have a chance to reach 17,900,000 households over 13 episodes without overwhelming your marketing budget, that’s a package you want to at least consider,” summarizes Travolta.

And while The Polish Cooking Show draws fan mail from a wide range of ethnicities and backgrounds, it doesn’t hurt that there are over 9.1 million Polish Americans in the US.

“The Polish Cooking Show is demographic gold,” advises Travolta. “The show appeals to cooking enthusiasts, newlyweds, those who enjoy learning about other cultures, and of course people interested in the food and traditions of Central and Eastern Europe. We can put companies in touch with these brand-loyal viewers. It’s definitely worth having a conversation. We’re happy to talk and present the data.”

Companies interested in exploring the rewards of being formally associated with The Polish Cooking Show can contact the producers via the Contact page at www.ThePolishCookingShow.com or via email at Partnerships@thepolishcookingshow.com.