MALVA: WHEN THE COURAGE TO COMMIT ARRIVES 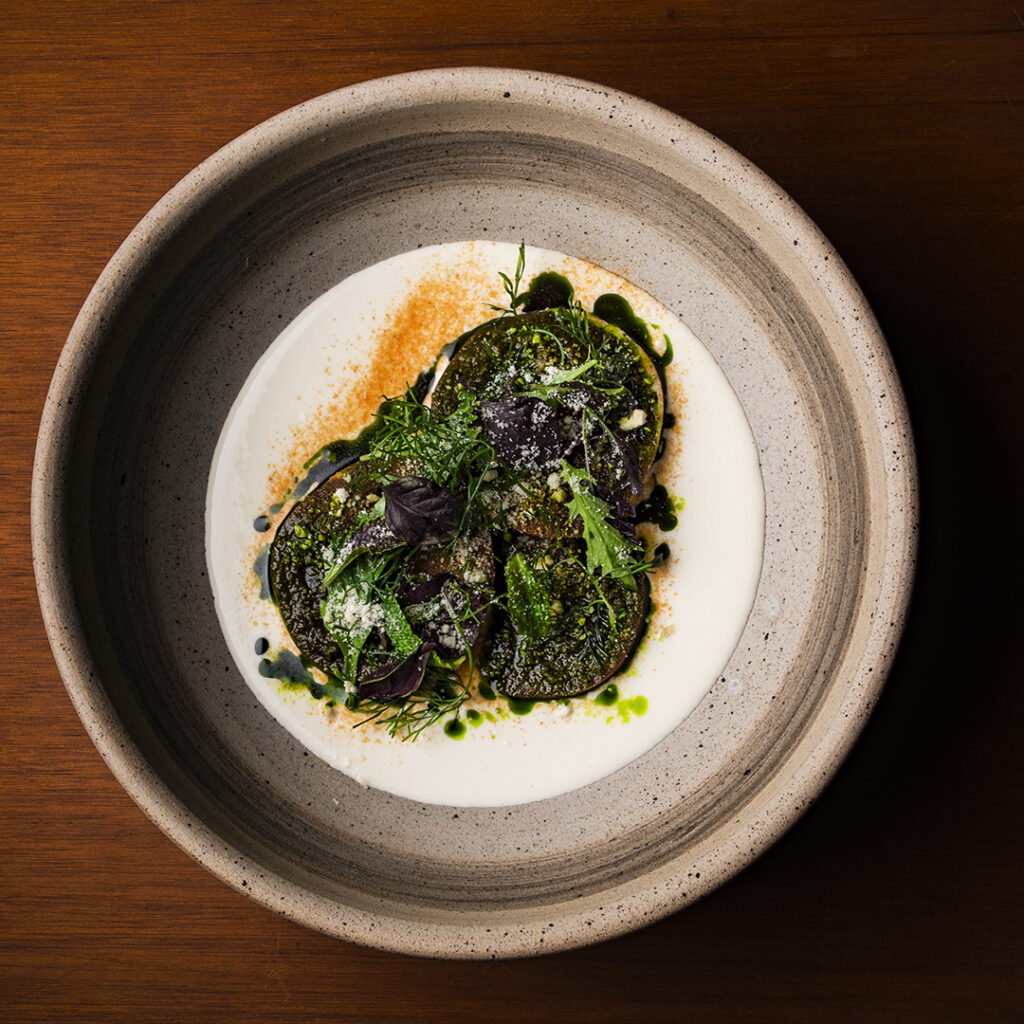 After spending more than a decade working for others, Adolfo Cavalie, a Peruvian chef based in Colombia, woke up one day with the certainty that he had found the place and the time to set up his own restaurant.

Adolfo arrived in Colombia by pure chance in 2014 to spend a vacation with his childhood friend Nicolás Bejarano, who at the time was in charge of the opening of Paco Roncero’s restaurant Versión Original in Bogotá. The grand opening was just a few days away and although everything seemed to be ready, the gastronomic proposal of the “chef’s table” still had some loose ends that needed to be landed. Without thinking twice and taking advantage of the fact that he had him staying at his house, Bejarano was quick to ask for his help. Adolfo had not only worked for Paco in Spain a few years before, but also had in his culinary DNA the culinary DNA of chefs such as Virgilio Martinez de Central, with whom he had trained several years ago in Lima.

The opening flowed with great success and the Bogota gastronomic community could not help but look to this young chef who brought with him, despite his young age, not only a valuable experience in which he brought together techniques and styles of the new and old world, but also had beaten in kitchens nominated in the acclaimed list “The World’s 50 Best Restaurants” of San Pellegrino. It was thus that in 2015 he joined the team of the prestigious Takami Group, collaborating in the kitchens of Black Bear, 80 Sillas and Segundo, to then move on in 2019 to advise the menu and the opening of the restaurant Tierra, a true phenomenon in the new gastronomic area of Bogota on Calle 65. 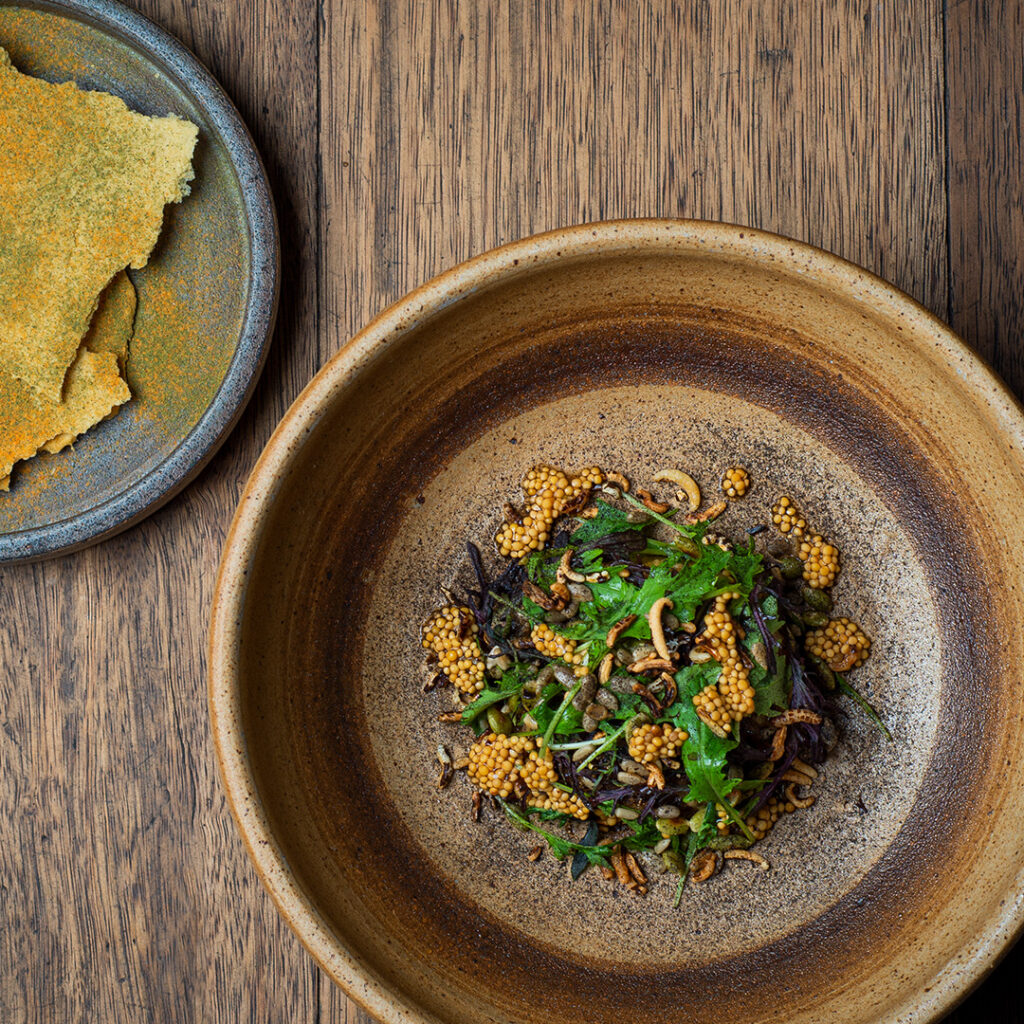 Once this project was delivered and reflecting on his experience in Colombia during the last few years, everything was going through Adolfo’s mind except leaving the country. During those years he had found a place that had welcomed him with open arms and where he had not only reaped professional achievements but also forged great friendships. He first set his sights on Barranquilla with Mane Mendoza’s group from Cocina 33, with whom he planned to set up a concept of hidden kitchens due to the pandemic. But as one is not the master of one’s destiny, one morning he left his apartment in Chapinero Alto to have the first coffee of the day when he came across an interesting place for rent which he did not delay in visiting.

The cook in love with Colombia says that as soon as he entered the place, he felt an undeniable connection. The space gave him a very pleasant peace and a feeling of wanting to stay there for a long time. He immediately called his partner Alfonso Guevara in Barranquilla, who soon traveled to Bogota to meet him. They passed papers and in record time they had the place for rent. Adolfo felt as if he had finally arrived home; he no longer had to keep walking without pause. He dropped his suitcases and evoked his grandmother, his teacher in the art of good food, who whispered in his ear the name of the place: Malva, his favorite herb. 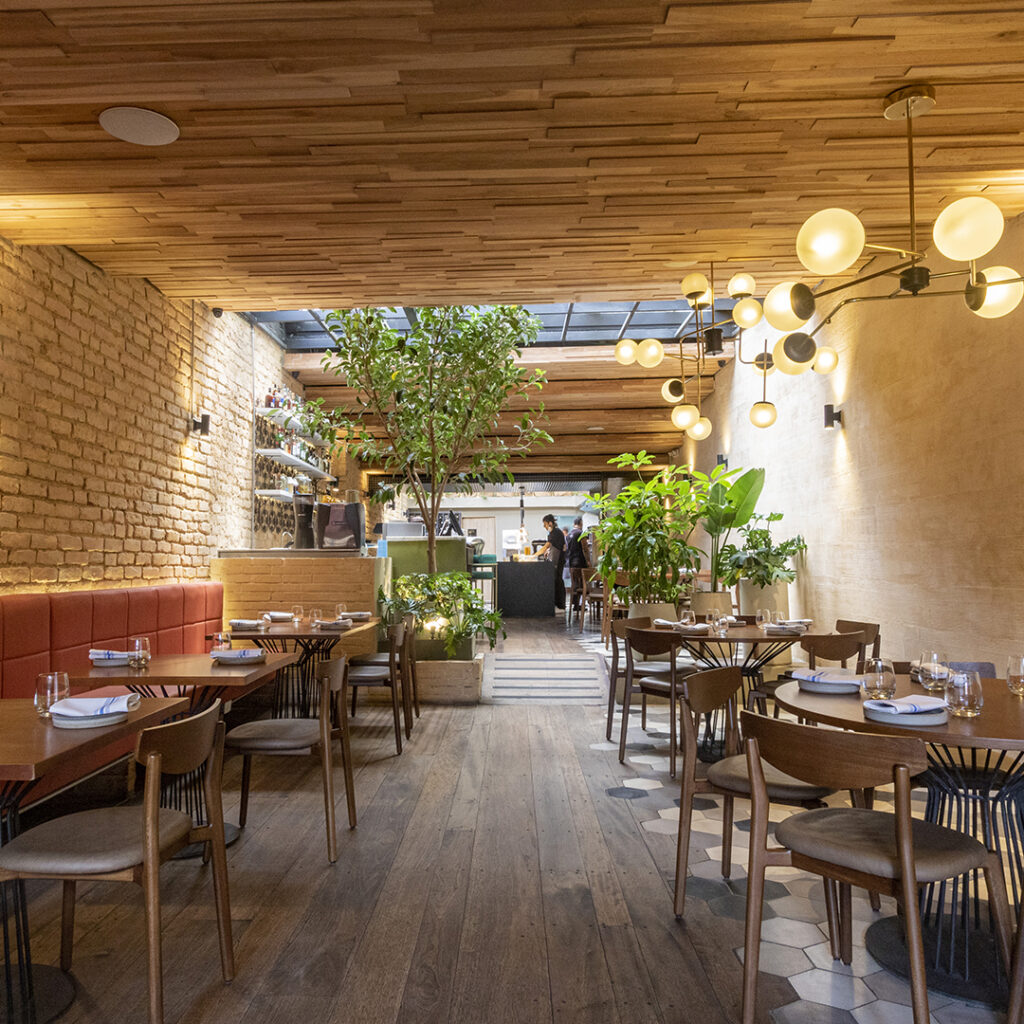 And so it was that in just three months the Malva proposal was woven with the most essential and personal of Adolfo. It opened to the public in August 2021 without giving room to his ego and without pretending to prove anything to anyone; with the sole intention of going to the depths of his being and get out of there all those memories of a childhood in Juanchacho, helping the fishermen to select the fish and taking the payment in kind to his grandmother to later with herself cook delicious delicacies for his brother and grandfather. Malva is Adolfo’s home. The environment, the decoration, the completely open kitchen, and the simplicity of the treatment of each of the team members, make you feel at home. For its part, the kitchen team, made up of six passionate young people whom Adolfo bet on since none of them had a great experience in haute cuisine kitchens, takes turns at the table to present with great affection and professionalism the dishes that they themselves have prepared. 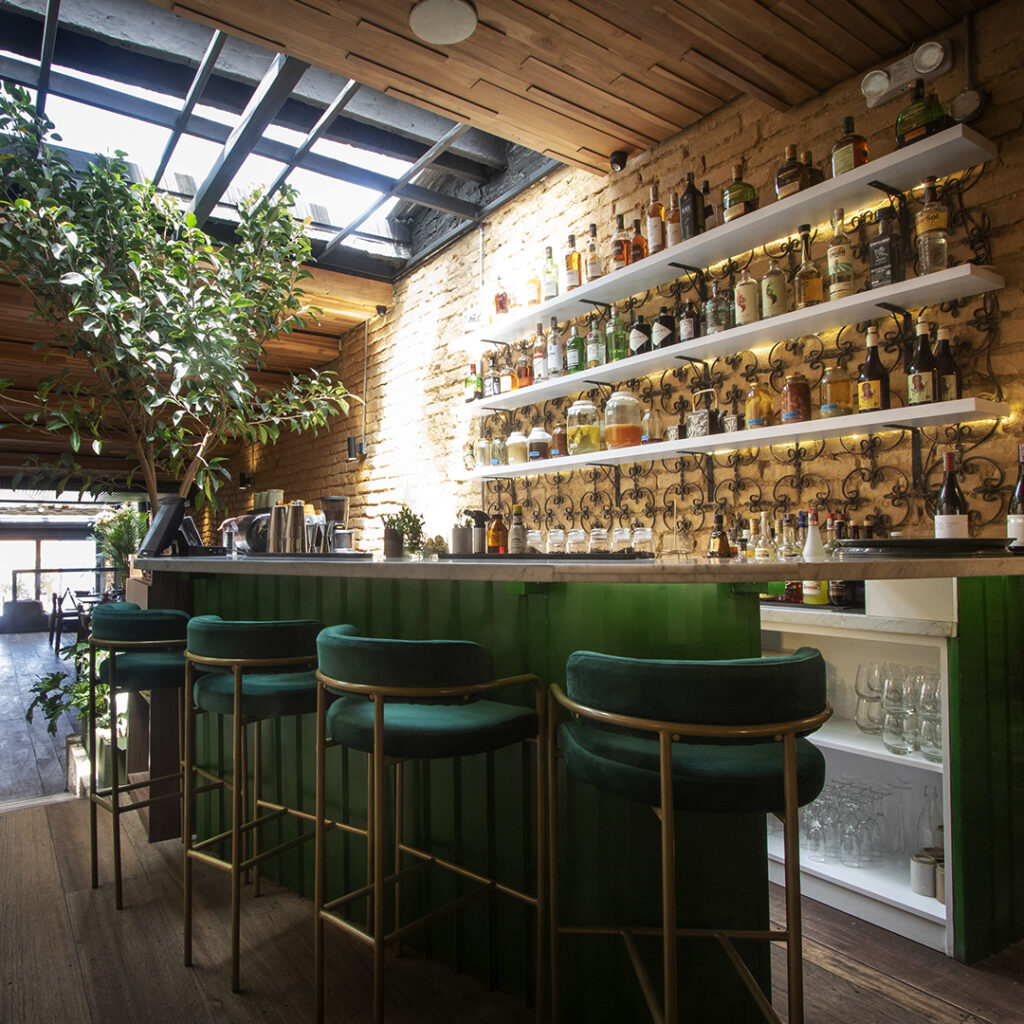 In Malva the respect for the product is evident. Local ingredients come first, bought directly from their producers, many of them developed with the help of Aldolfo through his program “160 Kilometers”, a personal initiative to help and give visibility to so many Colombian peasant communities for whom haute cuisine represents an undeniable source of development and quality of life. Undoubtedly, a communion of facts led him to lose the fear of settling down and to finally bet on his personal project, something that is undoubtedly the first condition of success for any creative like him.

The restaurant is open from Tuesday to Sunday, serving dishes at the center of the table which is not differentiated between starters and main courses. The menu changes organically depending on what arrives or stops arriving and as a diner the idea is to go with an open mind ready to try different things, all delicious and supremely fresh like the goat Brie ripened with seeds and blue honey or the preserved tomatoes with citrus almond and rooftop herbs. With the desserts the surprise is very pleasant because, unlike many chefs who are very good with savory dishes and rather sparing with sweet ones, our chef is passionate about pastries. During my visit, I tried the cocoa, lulo and burnt butter textures to which they added a little mambe, a detail that I found absolutely magical and that gave an incredible flavor to this delicacy that I can’t wait to repeat. The cocktail bar is in line with the trend of being at the same level of gastronomy and in general, visiting Malva is a delicious plan that can be repeated with some frequency because their prices are as friendly as the people who serve it.

Carrera 4A no. 66 – 78
Bogotá, Colombia
Reservations on Instagram @malva_rest