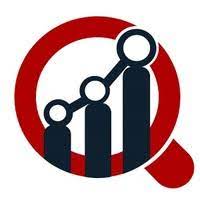 In September 2019, Honda announced its plan to launch CRV Facelift in the year 2020, which will be equipped with large LED fog lamps. With more and more companies integrating their vehicles with advanced LED fog lamps and the increasing sales of these vehicles, the market is set to blossom quite rapidly in the approaching years.

LED fog lamps provide greater visibility during harsh weather, are superior to halogen fog lights since they are more energy-efficient, are better than headlights and also enhance the aesthetic appeal of the vehicle. With these characteristics in mind, and the increasing awareness among consumers, the demand for LED fog lamps is slated to mount exponentially in the coming years. Technological advancements, with respect to the efficiency and lifespan, can also benefit the LED fog lamp market.

Color, position, sales channel and vehicle type are the top segments based on which the study of the LED fog lamp has been conducted in the report.

White and yellow are the main color-based segments in the market. White can be the fastest gaining segment in the LED fog lamp market as they show the best results at elevating the visibility. Other types of colors like red are used in the rear position owing to their elongated wavelength.

Position-wise market segmentation comprises front and rear. The front segment can achieve the leading position owing to their property of ensuring active visibility instead of passive visibility.

The sales channels analyzed in the report are OEM and aftermarket. OEM is the leading growth booster in the market, with the highest demand for these generated in the developed countries. Aftermarket seems to be a fast gaining segment, thanks to the high demand in emerging countries and its use in retrofitting vehicles without the need for LED fog lamps.

Vehicle types discussed in the report are light commercial, heavy commercial and passenger. Passenger cars form the biggest segment in the market, with more than 70 million passenger cars manufactured in 2018 alone. Light commercial vehicles are being increasingly equipped with fog lamps in few locations in Europe due to dense fog.

North America, Europe, Asia Pacific (APAC) and the rest of the world (RoW) are the primary markets for LED fog lamps.

North America is a highest revenue generating market, on account of the prevailing foggy conditions, mostly in Canada and the US. The regional market is also expanding in conjunction with the escalating number of vehicles sold in the market. The US consists of more than 263 million motor vehicles that are working on over 6.853 million kilometers of roads, making it a prime country in the regional market for LED fog lamps. The market size in the region is burgeoning backed by a robust OEM industry as well as a massive automotive aftermarket industry. Since Canada is highly susceptible to dense fog, the market for LED fog lamps is set to mushroom quite rapidly in the following years.

Northern Europe notes persistent foggy conditions almost throughout the year, while Southern Europe observes spells of fog sporadically during the year, which calls for the installation of LED fog lamps. Some of the world’s most renowned car manufacturers are headquartered in Germany, which is one of the chief factors driving the LED fog lamp industry in the country. The UK ranks among the top markets for LED fog lamps in the region, with high demand for models with excellent luminosity. The country is prone to crippling fog, which significantly reduces the road visibility.

APAC is the fastest progressing market for LED fog lamps, since the region is counted among the leading manufacturing hubs for automobiles. The region also has a massive automotive aftermarket industry that helps with the market expansion. China faces issues related to fog along its coastline, while India encounters this issue along with Indo-Gangetic belt. These serve as growth boosters in the APAC market.

The RoW market can exhibit abysmal market performance, given the sale of fewer automobiles and the lack of an extensive road network compared to other regions. The demand for LED fog lamps is quite steady in Latin America, however its demand in Africa and the Middle East is reported to be low.

2. Scope Of The Report

Continued………
Ask for your specific company profile and country level customization on reports.