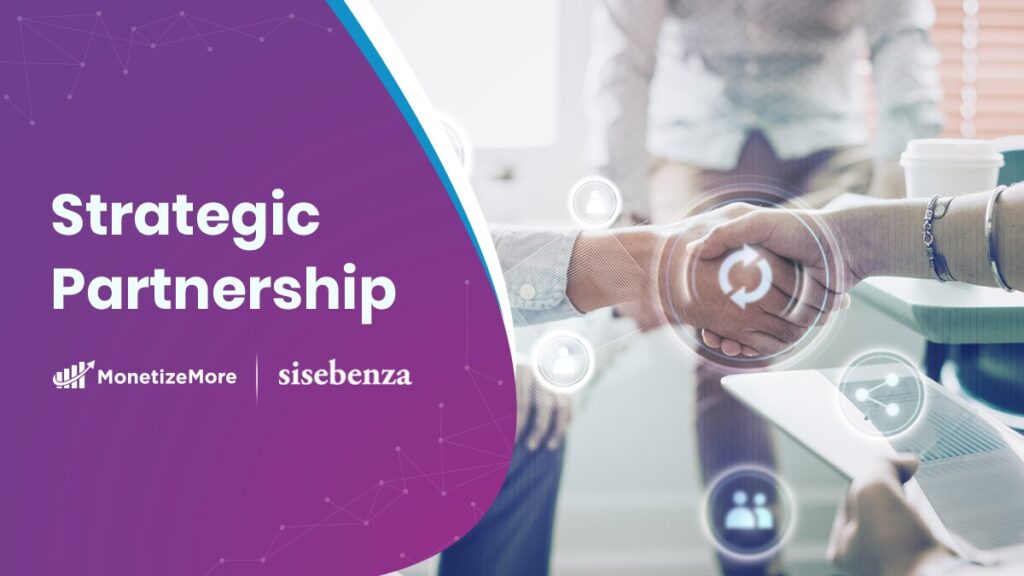 Canada-based, global ad-tech giant MonetizeMore has entered South Africa through a partnership with SiSebenza. The boutique investment advisory business scours the globe for innovative tech disruptors, partners with them locally, and sets them up for success in the exciting and complex African market.

MonetizeMore is a leading publisher monetization company helping web publishers and app developers improve their ad operations and yield management. The company’s suite of Software as a Service (SAAS) solutions includes its bespoke AdX and Header Bidding auction technology to serve ads to the right user at the right time and at the right price.

Its PubGuru reporting tool centralizes client ad revenue sources into an intuitive dashboard that helps them stay on top of industry trends while at the same time uncovering ad revenue issues and opportunities down to the most granular detail. This ensures that every publisher is empowered with the most robust programmatic monetization strategy.

The global increase in digital advertising also means a staggering increase in ad fraud. According to a media report, it is estimated to cost the digital advertising industry $44 billion in 2022. The team understood the repercussions and built a unique solution called Traffic Cop to help keep ad monetized publishers’ accounts safe from even the slightest threat to their ad revenue accounts. The tool developed by MonetizeMore also won a Google Innovation Award in 2020.

“We’re excited about our partnership with SiSebenza in South Africa,” says Julio Monzon, President & COO of MonetizeMore. “We know that local understanding and relationships in new markets enable our access and growth exponentially. SiSebenza’s excellent track record of working with global disruptors in the local market gives us an important edge in bolstering ad revenues for digital publishers in South Africa and into the continent.”

Monzon says that emerging markets like South Africa are five to seven years behind the rest of the world in programmatic advertising. “Our technology can accelerate the monetization of the online advertising value chain, which becomes an economic driver for local businesses and the South African economy.”

“If you’re hitting $1000 in ad revenue per month, you’re ready for a programmatic monetization partner,” says Mmusi Maimane, who became a partner and shareholder in SiSebenza in January 2022. Maimane says that MonetizeMore understands developing economies as well as developed ones.

“I’m excited to bring MonetizeMore to South Africa,” he says. “The team have been working in Latin America with unbelievable success, especially in Brazil, which is the sixth-largest advertising market in the world, accounting for over half of Latin America’s advertising spend. Some of their publishers there are reporting ad revenue increases of 300%. I’m looking forward to unlocking that kind of growth for local businesses.”

“SiSebenza works in partnership with successful and well-funded global organizations, including global unicorns,” says SiSebenza founder Andrew Robinson. “We bring disruptive technology and innovative businesses and opportunities to the exciting and complex African market and lead them in setting up local operations by connecting them to capital, infrastructure, local expertise, and networks.”

Since its inception in 2010, MonetizeMore has seen exponential growth. Today, the Google Certified Publishing Partner runs a virtual office of 210 employees globally and works with 1000+ publishers in over 40 countries. It is considered one of the top ad-tech businesses in the world. In 2021, MonetizeMore was recognized by The Globe and Mail as one of Canada’s Top Growing Companies due to its three-year revenue growth rate of 108%, which has taken the company’s gross revenue to $83 million.

MonetizeMore is a fast-growing ad tech company with 200+ team members across North America, Europe, Southeast Asia, and Latin America. The company is trusted by 1000+ publishers to manage their ad revenue optimization in 40 countries through their actionable ad platform called PubGuru, including Google award-winning tool Traffic Cop protecting from invalid traffic and bot attacks.