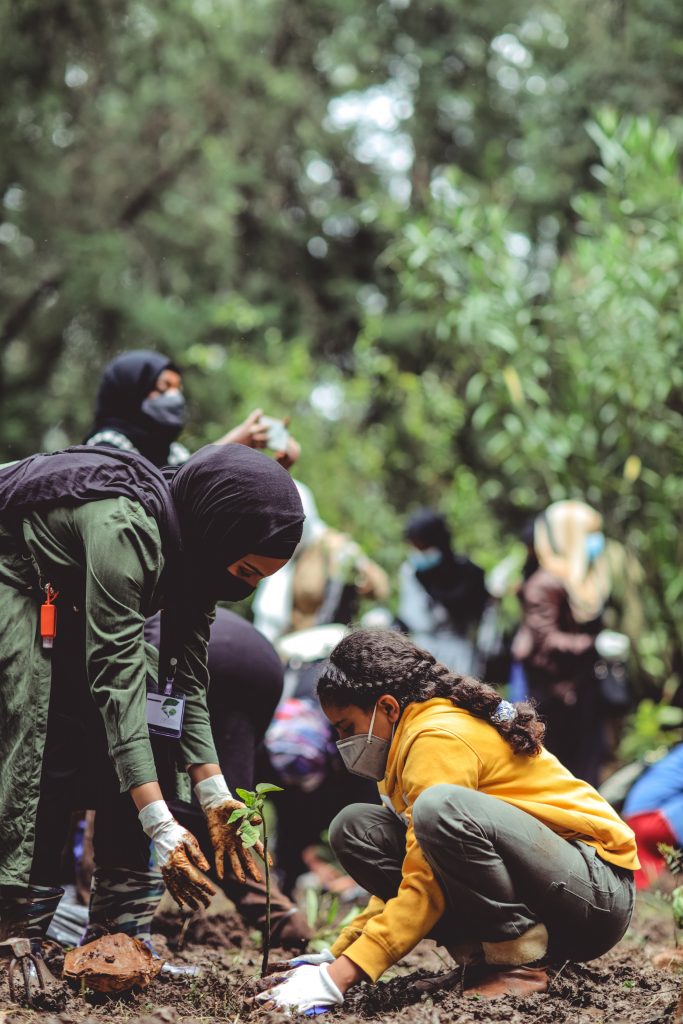 Nature-based solutions for climate change was a major outcome of the COP26 summit. These include people working with nature to manage forests, mangroves and farm sustainably. Credit: Yoel Kahssay – Unsplash

London, Dec 17 2021 (IPS) – A key outcome of COP26 climate summit is the enhanced focus on “nature-based solutions” – the plans for people to work closely alongside nature to avert a planetary catastrophe.

While there is emerging consensus around nature-based solutions (NbS), the overarching concept encompasses a wide range of approaches and actions that involve the ecosystem, which address societal and biodiversity challenges while also benefitting human well-being and nature.

In terms of climate change, it implies working with nature’s capacity to absorb greenhouse gases that cause global warming. This includes sustainable land-use practices and management of forests that can remove carbon from the atmosphere and store it for millions of years. It can also entail transformations in major sectors such as agriculture, livestock, land, water and waste management to ensure the protection of our planet.

Nature-based solutions not only help to mitigate climate change by expanding natural carbon sinks, they enhance biodiversity, provide food and water, help clean the air and sustain other resources, as well as provide job opportunities, whilst also protecting communities against flooding and landslides. Some estimates state that NbS have the potential to supply up to 37 percent of our climate change mitigation needs. 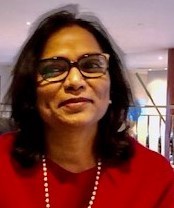 Importantly, NbS meet the cross-cutting goals of the three key United Nations treaties on the environment – also known as the Rio Conventions, on climate change, biodiversity and desertification.

Across the 54 countries of the Commonwealth, governments, communities and the private sector are keenly adopting NbS approaches, with most countries incorporating NbS actions in their national climate plans. Some examples of NbS include Pakistan’s Ten Billion Tree Tsunami programme, which aims to restore about 600,000 hectares of forest and create thousands of jobs; Sri Lanka’s response to the 2004 Indian Ocean tsunami by rehabilitating vast areas of mangrove swamps; and the “We Plantin’” campaign of Barbados to plant one million trees.

To make natural climate solutions truly effective, there are several issues that we must address. One key challenge is the lack so far of an agreed framework or standard as to what constitutes an effective NbS. As IUCN points out, “misunderstanding and misuse of NbS have led to applications that cause harm to biodiversity and communities and threaten to erode stakeholders’ trust in the approach.” Examples include mass reforestation of single-species or non-native species, land grabbing for reforestation, and curtailing of rights of Indigenous peoples through conservation projects.

Further, NbS should not support or encourage carbon offsetting by polluting industries, as a way to justify their continued or growing emissions. A strong framework and standards have to be developed to guard against the misuse of “nature-based” to ensure effective climate action.

There is also a need to enhance awareness and knowledge about the different ways to include NbS in national climate plans. A recent study suggests that though large-scale tree planting and reforestation have become the most popular route for many governments, other solutions such as sustainable farming and animal-rearing practices, sustainable land and water conservation and management, reducing food waste and engaging indigenous communities in NbS would be more beneficial. The conservation of high-carbon ecosystems – such as peatlands, wetlands, rangelands, mangroves and forests – also deliver the largest and most timely climate benefits.

Finally, there is a massive financing gap to be filled, for, despite our significant dependence on nature, the sector receives very little investment. Estimates by UN environment shows that if our world is to meet targets for climate change, biodiversity and land degradation, it needs to close a US$4.1 trillion financing gap, requiring tripling investments in NbS over the next 10 years and quadrupling them by 2050. This amounts to an estimated US$536 billion worth of funding required every year.

There were some promising announcements at COP26, including a US$12 billion pledge in public financing for ending deforestation, however, we are far short of the required target. At the moment, the total falls significantly short, and private sector funding, in particular, needs to be scaled up. 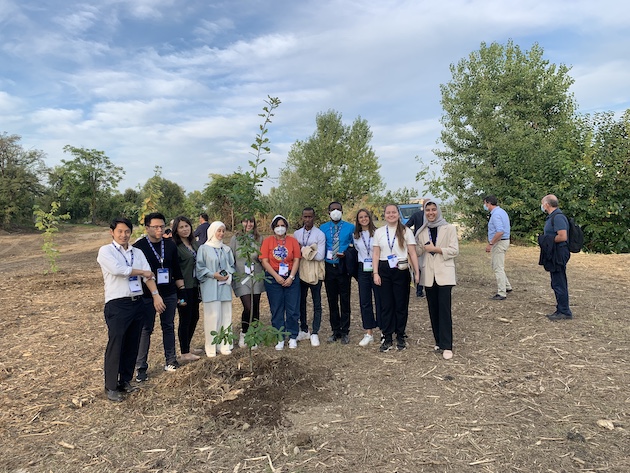 Of the estimated US$133 billion per year directed towards NbS globally, only 14 percent is private sector finance, compared to 86 percent from public funds and subsidies. Lack of private sector funding is partly related to the complex nature of NbS projects and financial instruments and the long-time frame for returns on investments. The public sector thus has a crucial role to play in leveraging increased private sector funding by de-risking investments in NbS.

The Commonwealth through its ‘Call to Action on Living Lands’ is leading on tackling the climate change challenges. Addressing the issues in the context of meeting the targets of the three Rio conventions, leaders from member countries in Africa, the Caribbean and Pacific expressed their support during the COP26 summit for a proposed Commonwealth Living Lands Charter.

The proposed Charter is a progression of the on-going programme on land, biodiversity and climate change of the Secretariat since 2017. The Charter will be discussed at the Commonwealth Heads of Government Meeting (CHOGM) in Rwanda in 2022, with a potential to spur cooperation among all 54 Commonwealth nations to manage land use sustainably, protect the natural world and fight climate change. Focus areas being explored include climate resilient agriculture, soil and water conservation and management, sustainable green cover and biodiversity, low carbon livestock management and active engagement of indigenous people.

Nature-based solutions for acceleration of action around land, climate change and biodiversity need judicial attention and support, not least in terms of finance. NbS do not offer a silver bullet to resolve the climate crisis, but they are extremely vital to drastically curtail greenhouse gas emissions and meet the Nationally Determined Contributions to 2030.