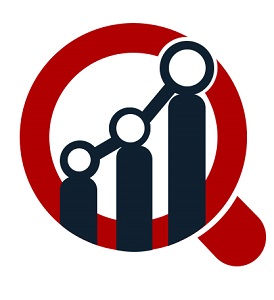 A virtual reality (or VR) headset is a device that you wear over eyes like a pair of goggles. VR headset consists of an Organic Light-Emitting Diode (OLED) or Liquid Crystal Display (LCD) screen, and head motion tracking sensor to provide effective 3D picture. This sensor tracks the head motion and provides 3D image with up to 360 degree field of view as per head movement. VR headsets are widely used with computer games but they are also used in other applications, including simulators and trainers.

VR companies seek to cover all home activities together with VR products: sports, shopping, and theme parks. Virtual reality will touch and cover any possible social activity. For instance, currently, there are several companies developing VR software that will bridge the gap between the old and the new way of sport gaming that are known as vSports – games and experiences that take the competitive and physical nature of traditional sports and merge it with the digital immersiveness of virtual reality.

Virtual reality technology can enable gamers to indulge in an imaginary setting where the gamer’s physical presence is simulated to be a part of the three-dimensional environment. With VR equipment and accessories, the user can view, move around, and even interact with the objects within the game. Several start-ups are developing prototypes for using the virtual reality technology in video games, which is expected to impact the growth favourably over the years to come.

The quality of visual effects delivered by VR headset is a major concern. If VR system is too sluggish to react with head movement, it causes concussion to user. In addition, VR headset are capable of stretching single display across a wide field of view causing magnification defect in display quality. Furthermore, the VR headset devices are expensive and time consuming to develop. All these factors are expected to restrain the growth of VR headset market during forecast period.

Oct. 2017 – MEL Science started out making and shipping chemistry kits to subscribers. Each kit contains several experiments and all the supplies a family needs to conduct them at home. MEL Science raised $2.2 million in venture funding to bring virtual reality chemistry lessons to schools in the U.S. The capital will go toward developing new content and chemistry sets for schools and making educators aware of MEL Science curriculum.

30 Oct. 2017 – Deloitte has purchased boutique software firm Well Placed Cactus to enhance the firm’s interactive and digital development skills. Well Placed Cactus is a team of programmers based in Melbourne and Brisbane which creates interactive instalments and games using existing and new technologies such as virtual- and augmented-reality headsets. The Market of virtual reality headsets market appears to be highly competitive. To maintain their market position and to drive the market growth, various dynamic and diversified international organizations, domestic organizations and as well as new entrants form a competitive landscape. Market leaders are innovating continuously and increasingly seeking market expansion through various strategic mergers and acquisitions, innovation, increasing investments in research and development and cost-effective product portfolio. Major players are investing on internal R&D and, most of all, in acquiring other firms.

The virtual reality headsets Market can be segmented in to 4 key dynamics for the convenience of the report and enhanced understanding;

North-America is dominating the global virtual reality headset market with the largest market share due to growing investment in technologies and high demand by films, education system and military to develop and improve visual experience and therefore is expected to grow with highest revenue by 2022.  Virtual Reality Headsets Market in Asia-Pacific market is expected to grow at with a highest CAGR due to growing technological advancement in the region.