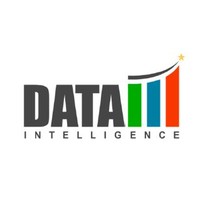 “The Global Mining Explosive Market is expected to grow at a high CAGR during the forecasting period (2021-2028)”.

Mining explosives are substances that produce a high-intensity shock wave and large volumes of gas when subjected to detonation. These are generally of 2 types based on strength: high explosive (ANFO, TNT, and nitroglycerin) and low explosive(Gunpowder). High explosive is further categorized into primary, secondary, and tertiary explosive. These are used to displace the confining rock and extract the ore bodies economically. The explosive is detonated in a controlled manner with the help of boosters, detonating fuse, and exploders.

The selection of explosives is generally made based on VOD, strength, sensitivity, and geographical conditions. The explosive typically consists of sensitizers, combustible substances, oxidation agents, and anti-setting agents. Explosive is also dependent on the type of mining, such as surface mining and underground mining, as underground coal mining only allows the usage of permitted Explosives.

The global mining explosive market growth is driven by the upcoming new coal mining projects and continuous government support towards the mining sector.

Australia has one of the world’s more-advanced coal mining projects, mostly in Queensland, which utilizes only TM2 explosives for underground coal mines. Various upcoming projects include Sojitz Coal Mining and Futura Resources signed an agreement to start production at Futura’s new Wilton coal mine in Queensland. The mine and the adjacent Fairhill mine will have an annual output of around 3 Mtpa of met coal. Hence, the rising production of coal globally will also boost the mining explosive market. Moreover, according to the Australia Mining report, 2020,  New South Wales has originated the first underground mine explosives facility in the country to encourage further innovation and explosive testing development, aiming to enhance the number of explosives suitable for underground coal mine use while also advancing their safety improvement.

Asia Pacific region is the largest market for the global mining explosive.

The Asia Pacific holds the largest market for mining explosives globally and is forecasted to continue its dominance in the market as there are various new mining projects started in recent years, which would also boost the demand for mining explosives in the region. Moreover, the continuous support from the government, such as allowing 100% FDI for the exploration of minerals, is one of the main drivers for boosting the market. According to the Statista report, in 2017, India’s explosive wholesale index was 154, which shows a growth of 54% from the year 2007.

The U.S is also one of the highest developing markets globally; according to the Statista report, 2020, the U.S. mining industry production index in 2018 was increased by 123 compared to 2012 it was 100. It also concluded, the total volume of total explosives used in 2018 was 1.72 million tons, which were further classified into permissible explosives- 230 metric tons, other high explosives- 46,400 metric tons and blasting agents and oxidizers- 1,720,000 tons.

Moreover, the Australian Mining Industry is forecasted to deliver the highest revenue of almost $250 billion in export to the Australian economy, which will boost the explosive manufacturing market in the country to 26390 million U.S. dollars by 2030.

The explosive mining market is moderately competitive with the presence of the local players followed by the global companies who contribute to the major share in the market growth. In addition, some of the key players contributing to the growth of the market are Orica, Sasol, Bulk Mining Explosive, Maxam Corp., Chemring Group, Accurate Energetic Systems, Austin Powder, Davey Bickford, Dyno Nobeland Nelson Brothers Inc. The major players are adopting various new strategies to dominate the market, such as launching new products, acquisitions, and collaborations, which are contributing to the growth of the mining explosive market globally.