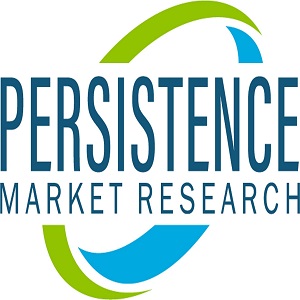 The Drug Resistant Tuberculosis Treatment Market ought to witness an explicit In Upcoming Years. With geographical barriers out of sight, track-and-trace programs are on the verge to reach their zenith in the timespan mentioned above. This could be credited to OEMs trying to reach out to the end-users remotely through virtual setups. Plus, people are getting a broader choice regarding choosing the experts. This holds for preventive as well as curative measures. The trend is certain to embark upon massive transience in the years to come.

The WHO has described the global effects of multidrug-resistant tuberculosis (MDR TB) as a “public health crisis”. In 2013, an estimated 480,000 new cases and 210,000 deaths were caused by MDR TB which is defined by resistance to isoniazid and rifampin, the 2 most effective anti-TB drugs.

In addition, approximately 9% of MDR TB cases are believed to be extensively drug-resistant (XDR TB), which implies additional resistance to any fluoroquinolone and at least 1 injectable second-line drug. Treatment of MDR and XDR TB requires prolonged therapy with toxic, poorly tolerated medications, and for patients in developing countries, access to active drugs may be limited.

Get Sample Copy of this Report@ https://www.persistencemarketresearch.com/samples/32634

Drug-resistant TB is the largest single source of antimicrobial resistance in the world. According to WHO, approximately half a million people worldwide are diagnosed with multi-drug-resistant TB each year, and about 8.5% of those people have XDR TB.

There has been continuous research going on in the drug-resistant tuberculosis treatment field. FDA is actively involved in the approval of the related drugs. For instance, in Aug 2019, FDA Approves Pretomanid for Highly Drug-Resistant Forms of Tuberculosis. This continuous R&D will attract the market in the forecasted period.

MDR-TB is difficult and expensive to treat. CDC has developed a National Action Plan to Combat Multidrug-Resistant Tuberculosis. The U.S. has large support from government and insurance providers to facilitate the healthcare system. As the cell therapy treatment are expensive the favorable healthcare system of the region will promote the growth of the market in the forecasted period. Besides being a developed nation clinical trials are going on in the region facilitating the adoption of cell therapy.

Asia is the second-largest market for drug-resistant tuberculosis treatment. According to WHO, it is estimated that 171,000 Rifampicin-resistant (RR) and multi-drug-resistant TB (MDR-TB) cases accounting for more than 35% of global burden appeared in the region in 2019, of which around 70,000 were started on second-line treatment in the same year.

Some of the key players of Drug-Resistant Tuberculosis Treatment include,