Surge Copper Corp. is pleased to announce that drilling has commenced at the main Berg deposit area, located within the approximately 350 square kilometre Berg Property in central British Columbia. Surge is earning into a 70% interest in the Berg Property from Centerra Gold Inc. (see December 16, 2020 press release). 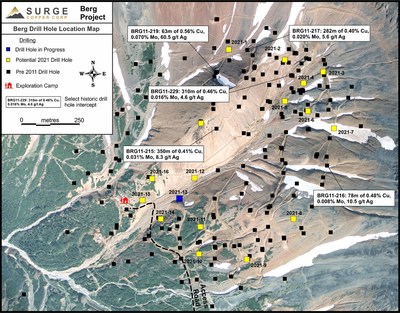 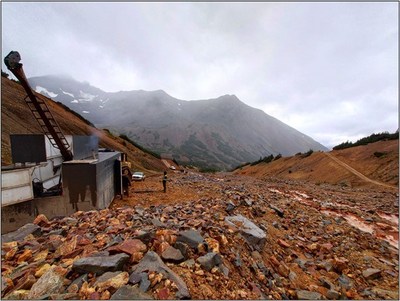 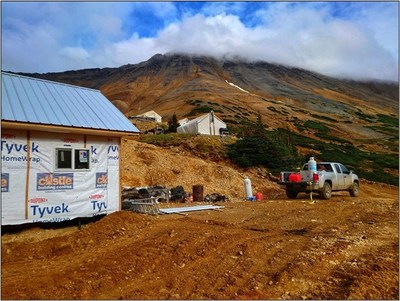 Following the successful rehabilitation of the access trail and ongoing progress on camp reconstruction (see August 11, 2021 press release, and Figure 3), one drill rig has successfully been mobilized to site, and has begun drilling on a collar location in the southwestern quadrant of the deposit area (see Figures 1 and 2). As road and drill pad construction progresses, and dependent on weather conditions, the drill is expected to move to several locations in the northeastern quadrant of the deposit area, before returning to the southern and western areas of the deposit in closer proximity to camp.

The 2021 drill program at Berg is expected to comprise approximately 4,500 metres across up to 15 holes, with a budget of approximately C$1.3 million and will be continuously evaluated as operating and weather conditions evolve toward the end of the season. The objectives of the program include modernizing the drill hole database including orientation survey and full-suite geochemical assay data, improving the understanding of the structural controls on mineralization and supergene enrichment, and improving drill hole density in the high-grade domains of the deposit. High-grade potential within the deposit is illustrated for example by historical hole BRG11-219 which intersected 63 metres of 0.56% copper, 0.070% molybdenum, and 60.5 g/t silver, which included several narrow intervals of bonanza grade silver within a wider continuous zone averaging 5.6 g/t silver.

The historical drill hole database at Berg comprises a total of 53,754 metres over 215 holes. Drilling in most areas of the deposit remains wide spaced and mineralization is open to depth and outward from the central Berg stock. The deposit has been shown to have excellent vertical continuity with significant mineralization intersected greater than 550 metres below surface. A substantial portion of the historical drilling was not assayed for precious metals, namely silver, and in the current NI 43-101 resource (see March 17, 2021 press release) those intervals have been assigned a silver grade of zero. The deposit is notable among porphyry deposits located in British Columbia for having a well-developed supergene enrichment blanket superimposed on the hypogene mineralization, which is itself characterized by several generations of veining.

Leif Nilsson, Chief Executive Officer, commented: “We are thrilled to have a drill turning at the Berg Project. Significant work has gone into preparing for this program, not least of which has been the efforts by the field crews to regain ground-based access to the deposit area. Due to the shorter seasonal window at Berg, and the work required to reactivate the camp, this first year’s program will be smaller than what we may plan for 2022, but it will set us up extremely well to refine our planning during the seasonal break. We look forward to new drill data coming out of what is one of the most exciting porphyry copper exploration projects in BC.”

The Company is about to commence a surface exploration program focused on priority exploration targets across the Ootsa-Berg claim package. This work will be supported by final results from the ZTEM airborne geophysical survey completed this summer, which are expected in the near term. Soil sampling and mapping will initially be focused on the Bergette Target where historic drilling has intersected porphyry mineralization and a 400 metre wide copper in soil anomaly averaging 1,549 parts per million copper remains untested by drilling and open to expansion.

Dr. Shane Ebert P.Geo., is the Qualified Person for the Ootsa and Berg projects as defined by National Instrument 43-101 and has approved the technical disclosure contained in this news release.

The Company is also earning into a 70% interest in the Berg Property from Centerra Gold. Berg is a large, advanced stage exploration project located 28 km northwest of the Ootsa deposits. Berg contains pit constrained NI 43-101 compliant resources of copper, molybdenum, and silver in the Measured and Indicated categories. Combined, the adjacent Ootsa and Berg properties give Surge a dominant land position in the Ootsa-Huckleberry-Berg district and control over four advanced porphyry deposits.

On Behalf of the Board of Directors