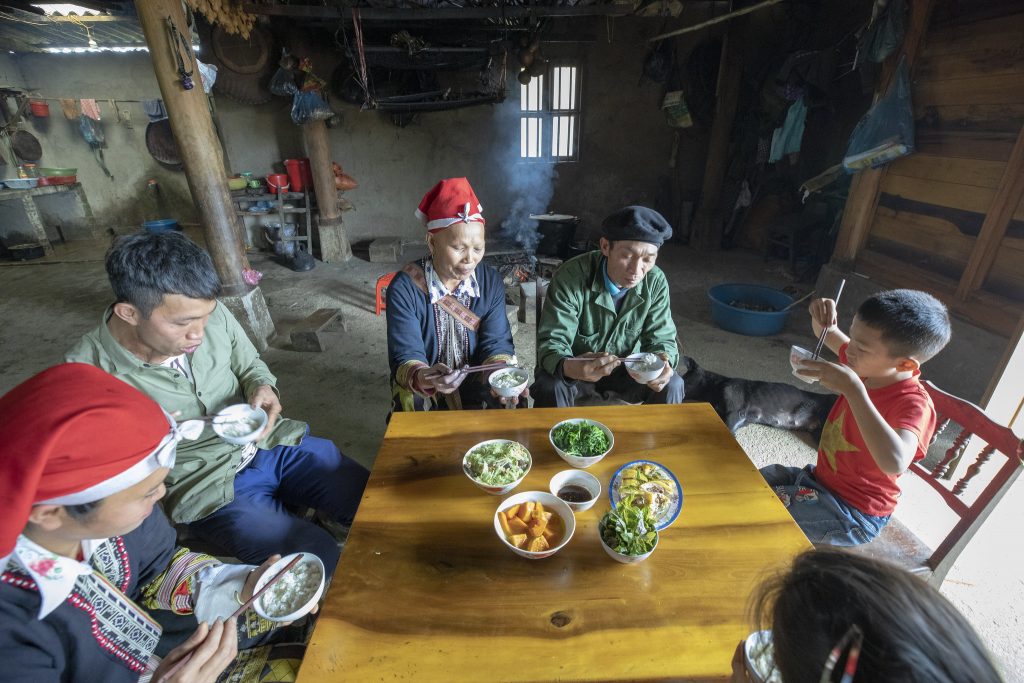 ROME, Italy, Oct 1, 2021 (IPS) – Amidst the verdant hills and remote corners of Vietnam’s rural regions, the growth that has transformed the economy in this part of Southeast Asia in recent decades can be hard to see. Undernourishment among children still results in stunting – even in cities too where overweight/obesity is also on the rise.

UN data shows that almost 10% of the population in Vietnam live in poverty, and this is reflected in malnutrition rates and stunted growth. Smallholder farmers are usually considered the most at risk of poverty and food insecurity. But the outcome of Vietnam’s last COVID-19 lockdown was a staggering unemployment rate that might have pushed up to five million people into poverty – especially the many holding insecure jobs in the informal sector.

There’s been no lack of examples of civil society reacting to the lockdown emergencies. Vietnamese businessman Hoang Tuan Anh, local media reported, even created a network of rice ATMs for the poor who suffered from reduced household incomes during the pandemic, distributing thousands of tonnes of rice. Other private initiatives have sprouted among poor neighborhoods.

But while some initiatives made headlines, the broad issues of malnutrition can only be addressed on a much larger scale.

Food security, according to the FAO, comes “when all people at all times have physical, social and economic access to food, which is safe and consumed in sufficient quantity and quality to meet their dietary needs and food preferences and is supported by an environment of adequate sanitation, health services, and care, allowing for a healthy and active life”.  Adequate food is thus not only dependent on quantity but also the quality of nutrients. 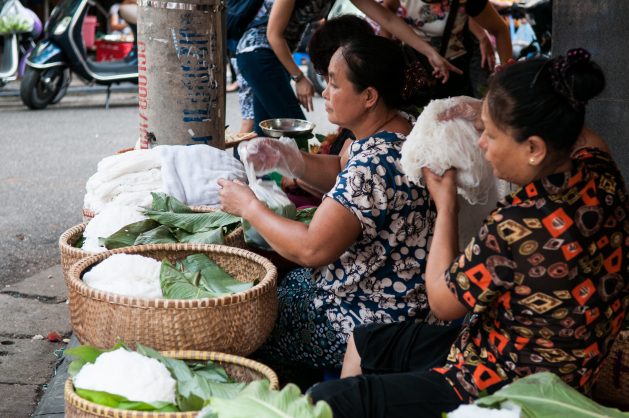 Zero Hunger is expected to result in healthier diets and better nutrition to tackle both under- and over-nutrition. Here informal traders in Hanoi sell food on the streets. Credit: Georgina Smith, CIAT

In 2015 the Vietnamese government launched a national action program for the “Zero Hunger Challenge” and in 2018 the Prime Minister signed Decision No. 712 / QD-TTg on Zero Hunger National Action Plan aimed at tackling inadequate nutrition with the aim of achieving one of the most crucial UN Sustainable Development Goals by the 2030 target. The Alliance of Bioversity International and the International Center for Tropical Agriculture (CIAT) together with the National Institute of Nutrition, Vietnam Academy of Agriculture Sciences, and other national and international partners have supported the government in this long-term effort, providing research-based solutions to harness biodiversity and transform agriculture, food systems for healthier diets, according to its mandate.

Working with Vietnam Academy of Agriculture Sciences and Zero Hunger Office – the Ministry of Agriculture, National Institute of Nutrition – the Ministry of Health and liaising with private and public actors, it has provided technological expertise to the Nutrition sensitive agriculture project under the Zero Hunger. After several years of research and the identification of issues and socio-demographic factors, Zero Hunger is set to continue its pilot stage and prepare its implementation stage. Expectations are high for a transition to healthier diets and better nutrition destined to tackle both under- and over-nutrition.

As a member of CGIAR – a global partnership that unites international organizations engaged in food security research – the Alliance has played an active role in preparations for the UN Food Systems Summit. The focus of the Alliance will be to remind all representatives in the food industry and especially the large corporations and all stakeholders invited to the September 23 summit in New York that the best way to combat hunger is through diversity and sustainability. The key take-home message is that only increased conservation and agro-biodiversity can guarantee the kinds of food that are resilient to sudden change of climate, pandemics and a planet fit for life in general.

Malnutrition rates in Vietnam have decreased in recent years and waves of famine with strictly rationed food belong thankfully to the past. Yet the memories of what made lack of food ‘normal’ are still vivid. With climate patterns now disrupting the recent achievements and COVID-19 accelerating the crisis, there is increased political awareness that food systems have to undergo a dramatic overhaul.

Tuyen Huynh, country coordinator of CGIAR Research Program on Agriculture for Nutrition and Health, says the Mekong River – the lifeblood for so much agriculture and transport – is among the key eco-systems most at risk. The river system is increasingly unstable.

“When the climate changes so unpredictably from what it used to be and events become more extreme, then it becomes more difficult to say ‘we’ll cultivate this because the weather is like this’,” she explained. Salination of the water, she added, is increasingly affecting rice cultivation, as it impoverishes the quality of soil and nutrients.

Research on food systems profiles demonstrated that strategies to address food insecurity should be implemented in urban settings as well as rural areas. All across the country, and especially in mountainous areas and in winter, some meats and vegetables are difficult to obtain for the poor.

The Alliance has focused on the link between agriculture and nutrition models and has made sure that farmers are able to communicate their points of view by technically supporting the government in surveys and guidelines using the different languages spoken across the country.

Rather than pushing for simply increasing the production of food as such, governments, farmers, and producers have to think of how to provide more diversified and healthy food as well as improve the quality of nutrients in food. It’s a transformation that is expected as a result of embracing a local perspective of agricultural systems. The challenge in Vietnam is getting healthy foods to both urban and rural settings.

Chemical fertilizers and pesticides can exacerbate the weaknesses of food systems, promoting mono-cropping, lack of adaptability, and lack of response. And the all-important link between food, people, and their culture also risks being severed.

“Rice is the main staple in Vietnam. We mainly export rice and fruit—these are not available in some remote mountains in certain seasons so in winter there is often not enough food,” said Truong Mai, vice director of the National Institute of Nutrition. “Water and sanitation are also a very big issue in remote areas,” she added, underlining how food security cannot be tackled in isolation.