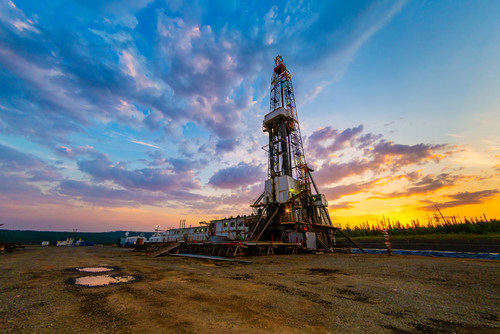 Sabalo, led by President Barry K. Clark, is an upstream exploration and production company focused on the acquisition and development of large-scale unconventional oil and gas assets. The company’s objective is to build, operate, and generate significant cash flow from a portfolio of upstream assets located in premier U.S. basins.

In its most recent partnership with EnCap, the Sabalo management team acquired over 21,000 net acres in the Midland Basin through a series of transactions and grew production to 14,500 Boe/d through a successful horizontal delineation and development program. On July 1st, 2021, Sabalo closed on the sale of its assets to Laredo Petroleum for $715 million of cash and stock consideration.

“Our team has a long history of value creation and excels at evaluating, building to scale, and successfully divesting large-scale asset packages in sought after development fairways,” stated Barry Clark, President of Sabalo, “We look forward to continuing our partnership with EnCap and are excited about the opportunity set we see in the industry today. We believe the current macro environment presents an exciting opportunity for experienced management teams with strong financial backing to leverage the technological learnings of the past decade to generate strong stakeholder returns while pursuing a balanced ESG focus.”

“EnCap is proud to continue our partnership with Barry Clark and the Sabalo team,” said Brad Thielemann, EnCap Partner. “They have a demonstrable track record of capturing assets and creating value across various market environments. This equity commitment is a testament to our confidence in Sabalo’s operational and technical ability to execute across multiple oil and gas basins.”

About Sabalo Energy
Sabalo Energy, LLC was originally formed in 2014 as an upstream exploration and production company. In its previous iteration, Sabalo Energy primarily owned and operated upstream oil and gas assets in Howard County, Texas. Sabalo maintained a leasehold position in excess of 21,000 net acres in Howard County, and drilled and completed over 70 horizontal wells in the Wolfcamp and Spraberry formations with operated well production peaking at over 16,000 bopd. Prior to Sabalo, the majority of the management team operated the privately held Manti Exploration Operating Company, which pursued a variety of conventional and unconventional development strategies throughout the United States. The Sabalo management team consists of industry veterans with decades of operating experience in many of the largest oil and gas basins in the United States, working for entities such as Exxon Mobil, Texaco, Chevron, Chesapeake, Concho, and the Texas Railroad Commission.

Sabalo’s strategy is to acquire, develop, and exploit oil and natural gas assets through the application of cutting-edge drilling, completion and production technology. The Company is actively evaluating acquisition opportunities in the major unconventional basins of the United States. For more information, please visit sabaloenergy.com.

About EnCap Investments L.P
Since 1988, EnCap Investments has been the leading provider of growth capital to the independent sector of the U.S. energy industry. The firm has raised 22 institutional investment funds totaling approximately $38 billion and currently manages capital on behalf of more than 350 U.S. and international investors. For more information, please visit www.encapinvestments.com.