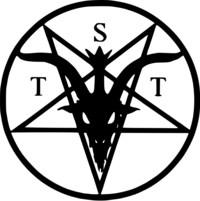 Lawyers for The Satanic Temple (TST) sent a letter to the Food and Drug Administration (FDA) to request that TST be able to access abortifacients without being subjected to the agency’s regulations. Access to Misoprostol requires a prescription, and Mifepristone can only be obtained through an approved prescriber and can only be dispensed in accordance with specific guidelines.

The Religious Freedom Restoration Act (RFRA) was instigated and enacted to assure Native Americans could have unfettered access to peyote for their religious rituals. Consistent with this purpose, The Satanic Temple wants unfettered access to abortifacients for its religious use. Given that peyote is a Schedule I drug with no accepted medical use, TST’s request for access to prescription drugs is an even more reasonable ask that should be granted under Federal law.

TST places certain voluntary abortions in a religious context with its religious abortion ritual. During the procedure, adherents affirm their religious beliefs of bodily autonomy and scientifically-reasoned personal choice. In their letter to the FDA, TST’s legal council states, “TST has every desire to ensure the health and safety of its membership… the issue is with governmental control over whether TST’s membership can obtain access to these drugs.” TST’s ritual requires a medical examination to determine whether there are “contraindications” to obtaining an abortion as defined by the American College of Obstetricians and Gynecologists or the American Academy of Family Physicians.

TST co-founder and spokesperson Lucien Greaves explains, “In the spirit of existing law, this is a monumental step for religious freedom in the United States as a whole. Our members will be able to receive access to abortion care with no unnecessary and unscientific governmental interference and be able to rightfully place a deeply personal ritual in a context that comports with their religious beliefs.”

About The Satanic TempleThe Satanic Temple, subject of the critically-acclaimed documentary, Hail Satan?, and the academic analysis of modern Satanism, Speak of the Devil, confronts religious discrimination to secure the separation of church and state and defend the Constitutional rights of its members. In response to Oklahoma and Arkansas placing a Ten Commandments statue on Capitol grounds, TST offered its bronze Baphomet statue to stand alongside the Christian monuments. TST hosts the “After School Satan” club to counter the Evangelical “Good News Clubs” in public schools across the country to promote a plurality of religious viewpoints. The mission of The Satanic Temple is to encourage benevolence and empathy, reject tyrannical authority, advocate practical common sense, oppose injustice, and undertake noble pursuits for the individual will. For more information about The Satanic Temple, visit https://thesatanictemple.com/.