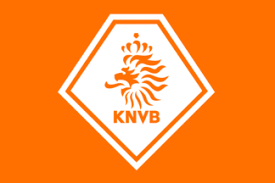 The new Mineola location is brought to you by the same Levittown-area locals who brought the Hempstead location to Long Island. They strategically chose the former Faddy Malone’s location on the busy Hempstead Turnpike for its steady flow of traffic and high visibility in the community, and they are equally excited about the new Mineola location. Frank Sciremammano, a partner of the group, explained “We are excited about bringing the Riko’s brand to Mineola. We feel this is a great addition to the community, and look forward to bringing our unique high quality product to the area.”

Riko’s Pizza principles, Rico Imbrogno and Luigi Cardillo, are excited about the newest franchise location, and Luigi explained “Frank and his partners were our first franchisees, and the fact they are opening a second location within a year of their first location opening speaks volumes about the experience they’ve had as part of the Riko’s franchise family.” He added “Their Hempstead location is performing really well and we’re confident the Mineola location will, too.  Frank and his partners are just amazing brand partners. They are like-minded and they truly care about the product.”

Riko’s Pizza is a unique and one-of-a-kind “thin crust” pizzeria with locations in Fairfield County, CT, New York, and Florida. Riko’s brings something new to the table, and it’s not just their delicious thin crust pizza. Those interested in joining the Riko’s Pizza family as a franchise operator can learn more by calling Steve Gardner at 201-873-2463, emailing him at steve@rikospizza.com, or visiting https://rikosfranchise.com.