NOW on Vuuzle.TV! Catch a playlist of the best movies available for FREE 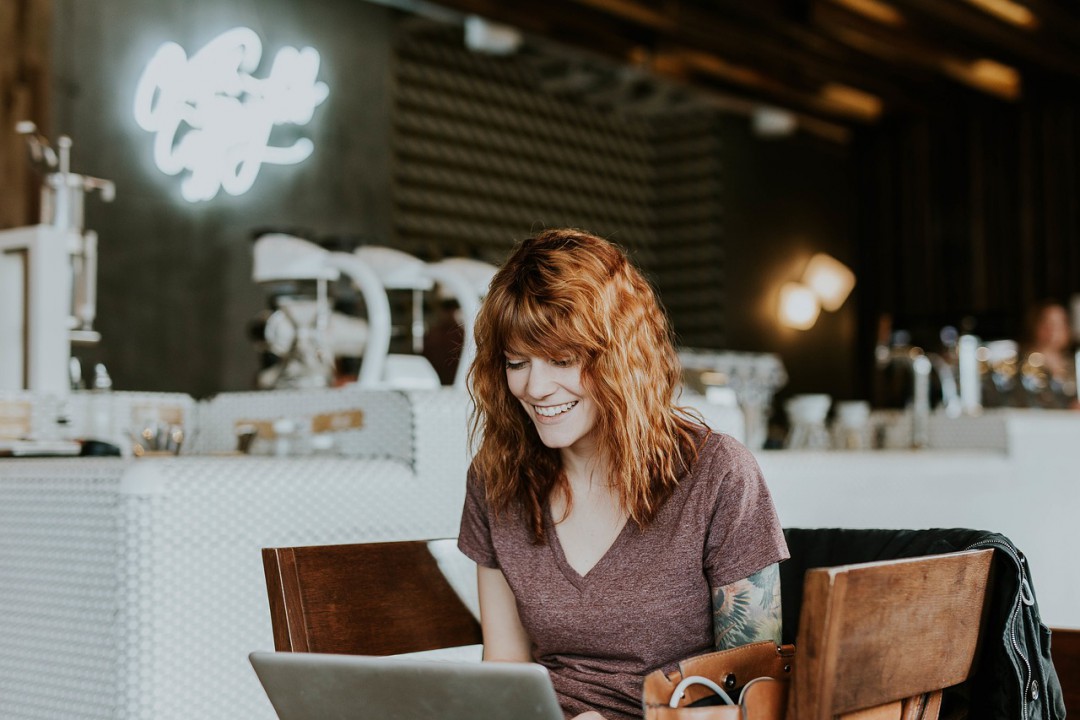 Very often, movies are perceived primarily as entertainment. But today, cinema gives strength to overcome difficulties, becomes a source of inspiration, helps to get out of depression, allows you to analyze and critically understand the situations in which each of us may find ourselves in real life. You will find such a film on the streaming platform Vuuzle.TV.

Media service Vuuzle.TV has added to the library of free content, adding hundreds of movies. Even unregistered users can view free content. It is worth noting that the OTT platform contains a huge and diverse library consisting of popular movies, TV series, and shows. In fact, the service boasts one of the largest online libraries of free premium content in the world. The platform contains more than 40 genre categories.

Vuuzle.TV offers content for more than 100 countries with extraordinary speed and free of charge, using the enterprise-level infrastructure and the next-generation OTT platform. And the audience of the platform is millions of viewers around the world who receive quality TV shows, movies, TV series, and live broadcasts. 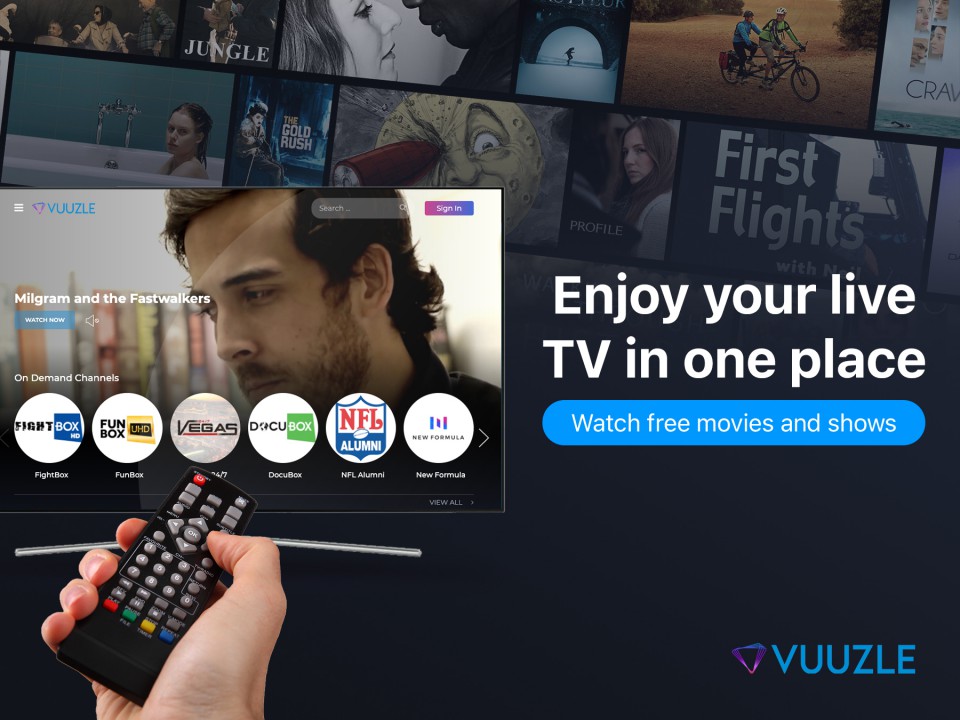 NOW watch on Vuuzle.TV: catch the playlist of the best movies available for free

“THE ACCIDENTAL WITNESS” ON VUUZLE.TV

Watch ONLINE for FREE “The Accidental Witness” on Vuuzle.TV! 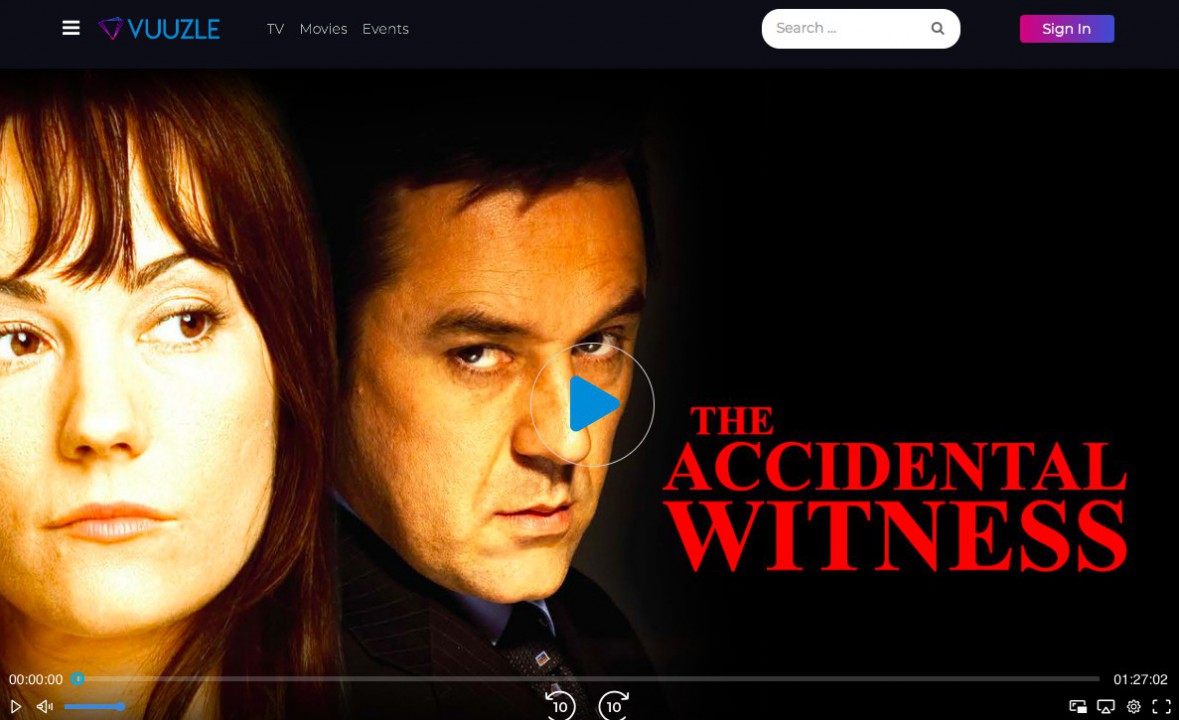 One young man’s journey into London’s criminal underworld. Seduced by the instant rewards of criminal activity, LEO ROBERTS (Anthony Welsh) enters the shadowy underground world of strip clubs, saunas, drugs and prostitution. Blinded by the potential power and prestige, Leo is convinced he is in control, only to realize that he has to start playing by a different set of rules. The rules set by crime boss ILIR DUKA (Mem Ferda). Leo’s chosen path, soon spirals out of control, where the stakes keep getting higher and higher until there is no turning back. 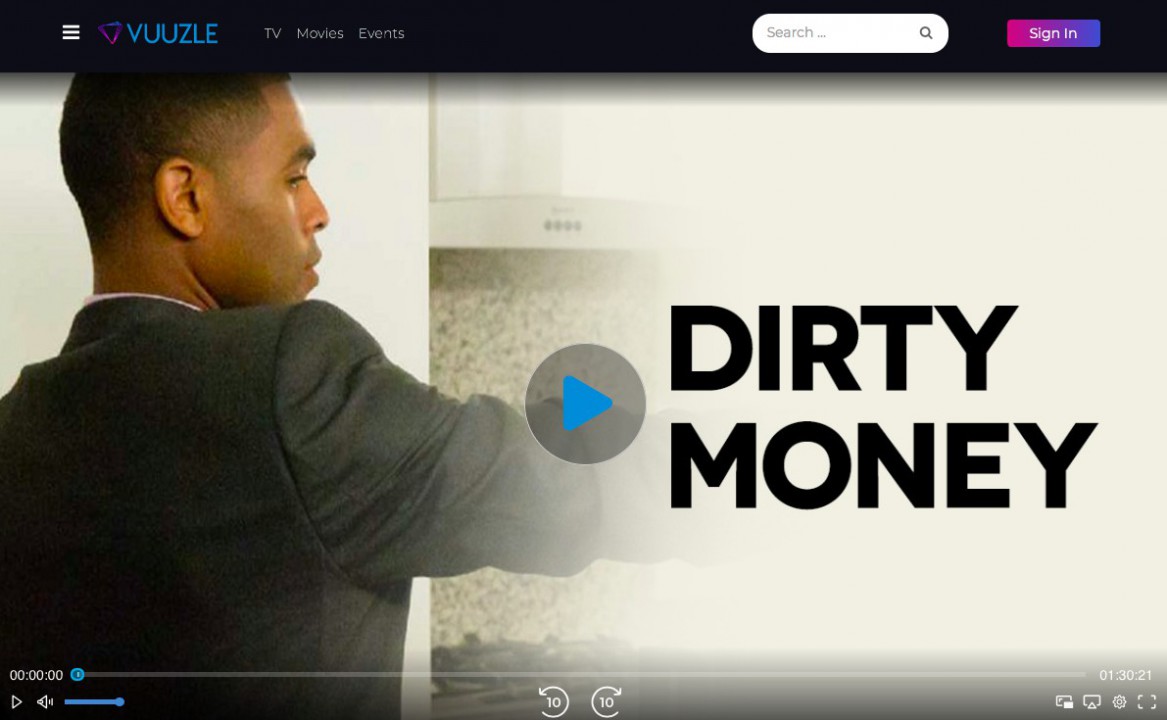 Follow in the journey of an amateur dog dancing troupe and an aspiring theatre director as they attempt to mount the first ever dog dancing and indoor kite flying theatrical performance.

Unleashed! A dog dancing story was an incredible step in the right direction to introducing canine freestyle dancing to the dog-loving Vancouver community. The documentary takes the viewer through the story of a group of amateur dog dancers while they come together to produce a theatrical dog dancing live performance. 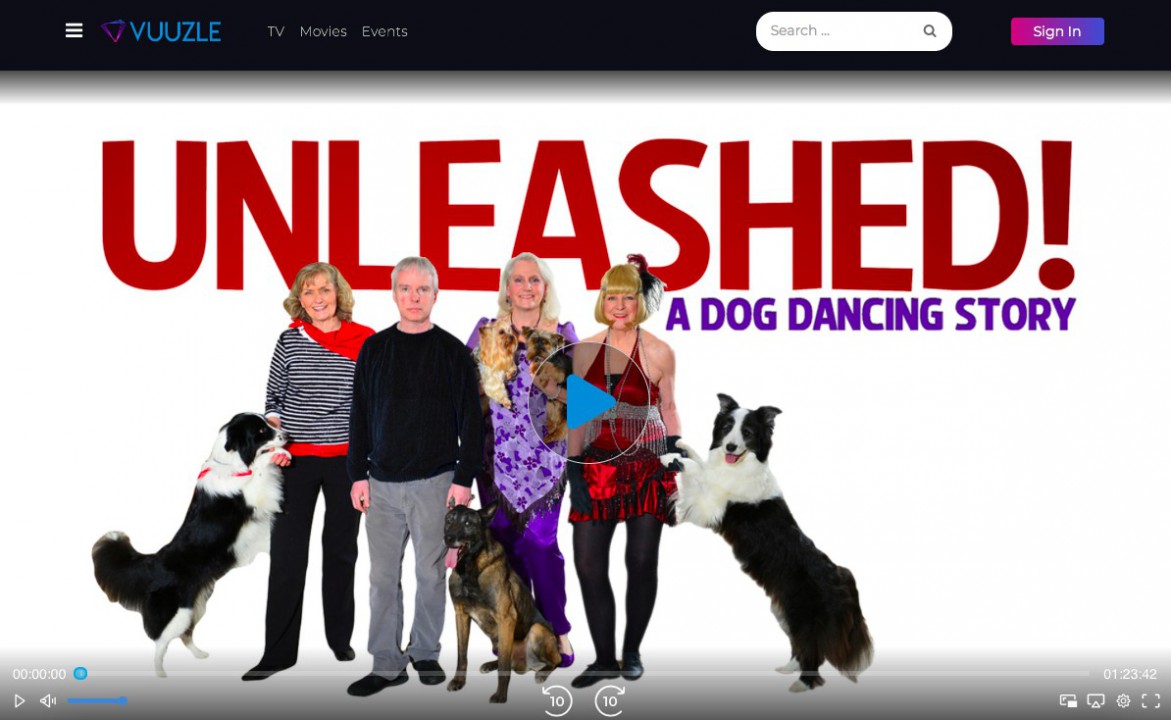 Margret is a police officer in a small town where nothing ever happens. Her life is perfectly monotonous, and she is happy attending to the trivial problems of the sparse population. But her happiness is shattered when she receives a call from Social Services. Nick, her fifteen-year old stepbrother, has just been expelled from boarding school. Being the only direct relative on record, she will have to take care of him.

The day after arriving in town, Nick confesses to Margret that he has witnessed a murder, and swears to have caught it all on film that will need to be developed. To both of their surprise, there is no one in the pictures. The killer is simply not there. Nick starts off on the wrong foot, embarrassing his sister, who scolds him for having an overactive imagination. Margret turns to Amber for help, the town doctor-psychologist, and her best friend. But Nick is determined to track down the killer, even if it means risking his own life. 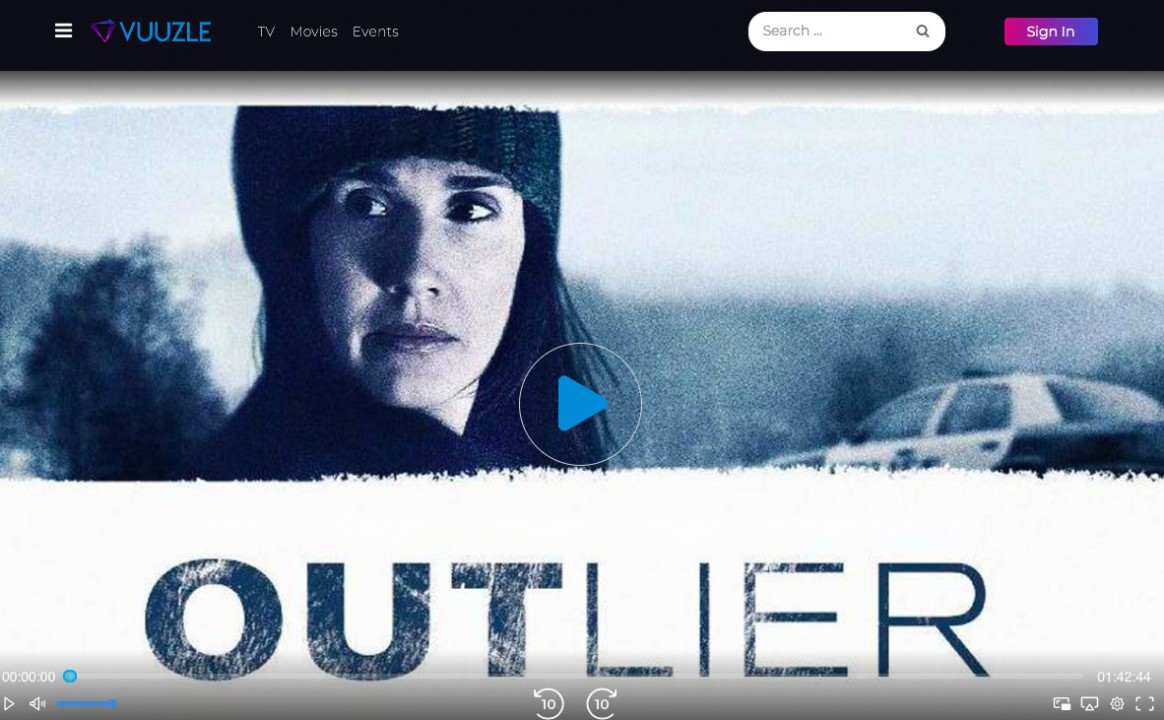 “KINGDOM UNDER THE SEA: THE GIFT” ON VUUZLE.TV

Beneath the waves lies a wondrous and enchanting world of colorful coral reefs and spectacular sunken ships, a kingdom under the sea. It’s Christmastime in the kingdom, and the town has been transformed into a holiday wonderland. However, somewhere between the lights, presents, and decorations, everyone in the kingdom has forgotten the true meaning of Christmas, until the town’s archenemies, Professor Pinch and his not-so-bright sidekick, Clawed, try to destroy it. A magical mix of adventure, discovery, and comedy, The Gift is about the journey to rediscover the meaning of Christmas. Come unwrap the truth!

Watch ONLINE for FREE “Kingdom Under the Sea: The Gift” on Vuuzle.TV! 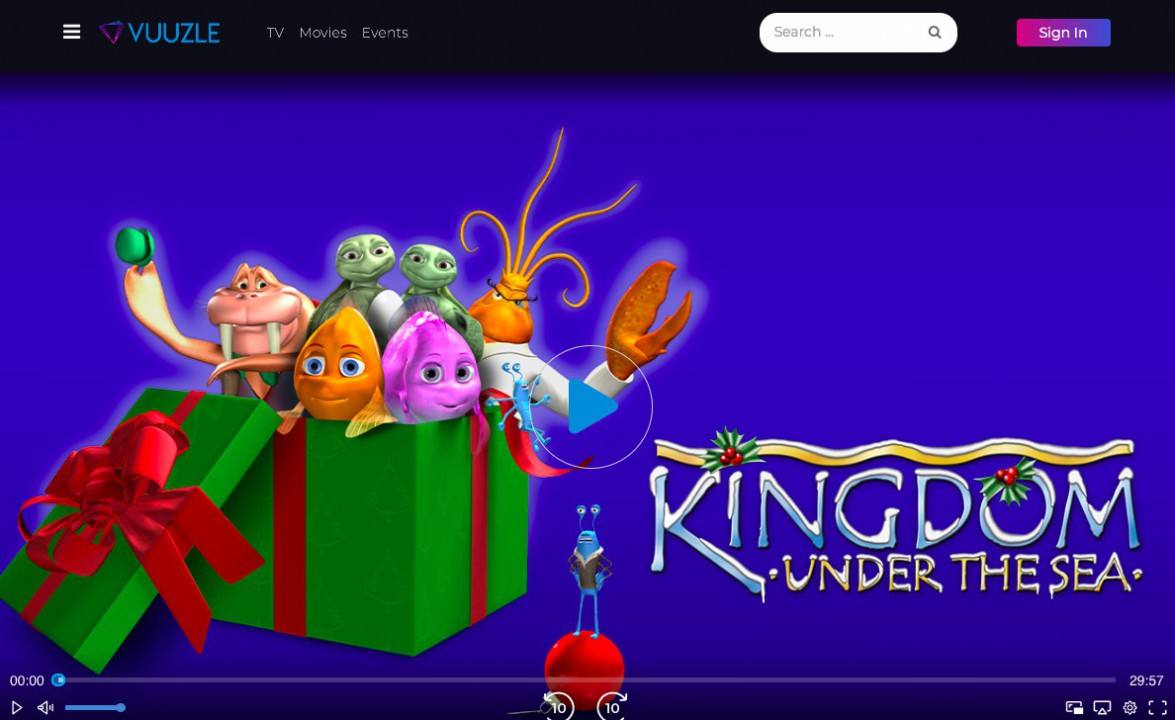