Springdale, Arkansas, September 08, 2021, Lion Heart Boxing Productions, Ltd congratulates Heavyweight Prospect Kenzie Morrison (18-0) on spectacular September 3rd, 2021 win over Tony Lopez.  On Friday, September 3rd, 2021, Morrison knocked out Lopez with a brutal left hook that almost threw Lopez out of the ring.  The fight was Morrison’s first in a almost two years. His next fight will be on September 24th, 2021 at the Sugar Creek Casino in Hinton, Oklahoma when Kenzie Morrison features as the co-main event of Heavyweight Explosion 2.0. Morrison will face an opponent to be announced.

Kenzie Morrison is the son of a boxing legend and takes inspiration from his dad Tommy Gunn Morrison, the late heavyweight world champion who is last Heavyweight World Champion to come out of Oklahoma.  Tommy Gunn Morrison was a larger-than-life celebrity who was internationally renowned not only for his boxing but also as a celebrity for starring in the Rocky movie franchise. 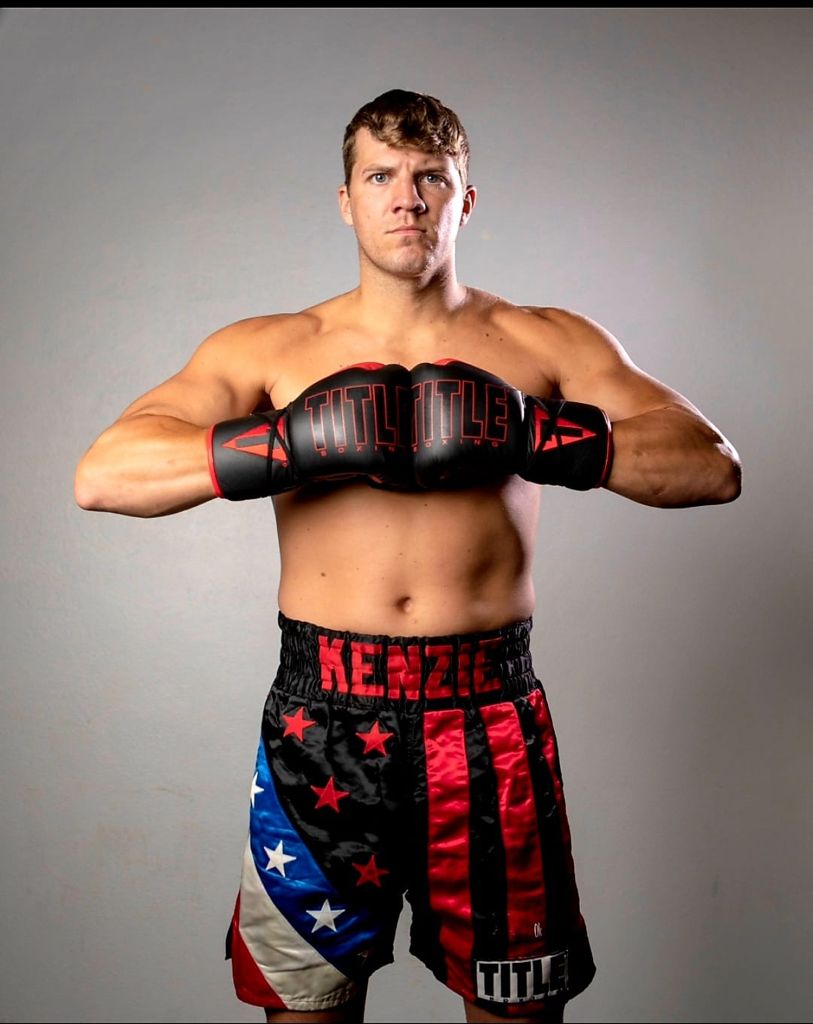 The genesis episode of the revived  Heavyweight Explosion, aptly called Heavyweight Explosion 2.0, will be held on September 24, 2021, at the Sugar Creek Casino in Hinton, Oklahoma. It has a main event featuring American Heavyweight Contender JD “The Natural” Chapman (30-1, 26 KO’s), who continues his surprise comeback against an opponent to be announced.

Chapman returned to Boxing on June 5, 2021, after a thirteen-year layoff. At the time of his retirement, Chapman was ranked Top Ten by just about every major rating organization in the world and was considered to have one of America’s best chances at reclaiming the Heavyweight title. With his return, Chapman immediately became one of the most talked about heavyweight contenders. 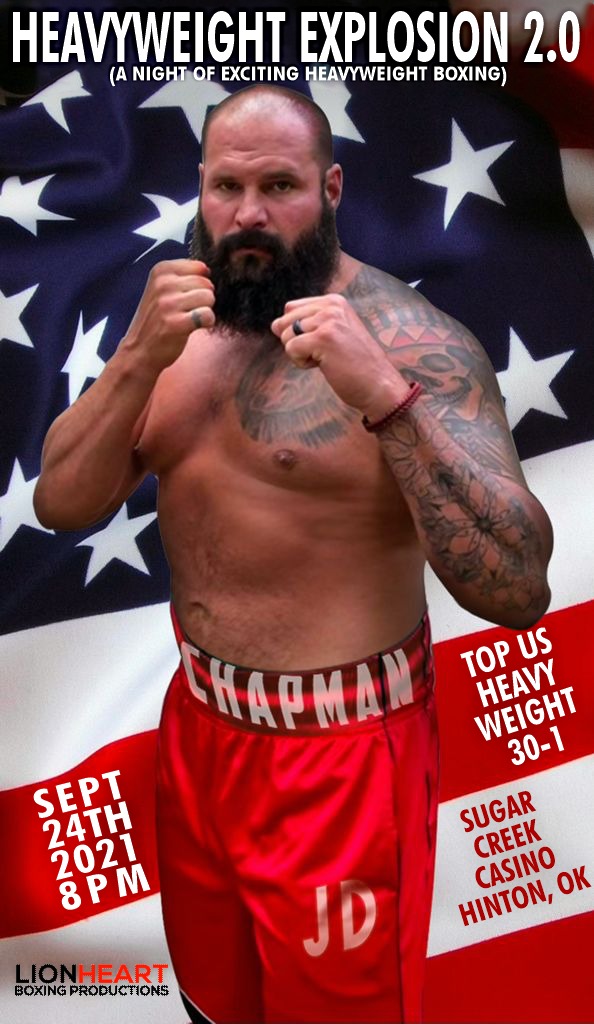 As always, Heavyweight Explosion will feature top heavyweights and other exciting fighters, including boxers from the international scene such as Hasim Rahman, Jr. (12-0), the son of another Heavyweight Champion, as well as plenty of local stars including Dee Burchfield, Cortez Coleman, Art Parker, Justin Overton, Deshun Mitchell, and Daniel Carey.

The event will be streamed live as a pay per view on Baby Don TV for $29.99