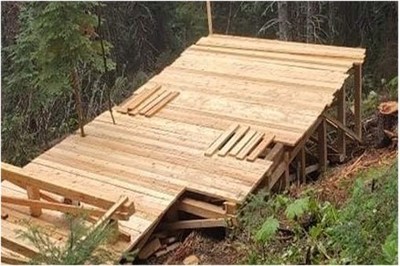 Defense Metals has now completed four timber drill pads in preparation for the 2021 diamond drilling (Figure 1). The new pads, in addition to three existing drill pads remaining from the highly successful 2019 drill program, will facilitate successful execution of the 2021 Wicheeda drill program which is expected to comprise a minimum of 2,000 metres and up to 5,000 metres. The 2021 drilling will focus on expanding the zone of REE mineralized dolomite-carbonatite to the north, in addition to further delineating existing inferred resources within the central and northwestern areas of the deposit (see Defense Metals news release dated May 26, 2021).

Drilling is expected to commence in early September. Further details regarding the 2021 drill plans will be released at that time.

Craig Taylor, CEO of Defense Metals, stated: “We continue to make steady progress towards commencement of our 2021 resource definition and expansion drilling program despite record resource sector demand pressures in BC.  Our expectation is that we are well on the path to delivering on our stated 2021 goals of expanding and increasing the confidence in the existing Wicheeda REE Deposit mineral resource in support of potential future advanced economic studies.”

About the Wicheeda REE Property

The 1,708 hectare Wicheeda REE Property, located approximately 80 km northeast of the city of Prince George, British Columbia, is readily accessible by all-weather gravel roads and is nearby to infrastructure, including power transmission lines, the CN railway and major highways.

Geologically, the property is situated in the Foreland Belt and within the Rocky Mountain Trench, a major continental geologic feature. The Foreland Belt contains part of a large alkaline igneous province, stretching from the Canadian Cordillera to the southwestern United States, which includes several carbonatite and alkaline intrusive complexes hosting the Aley (niobium), Rock Canyon (REE), and Wicheeda (REE) deposits.

The scientific and technical information contained in this news release as it relates to the Wicheeda REE Property has been reviewed and approved by Kristopher J. Raffle, P.Geo. (BC) Principal and Consultant of APEX Geoscience Ltd. of Edmonton, AB, a director of Defense Metals and a “Qualified Person” as defined in National Instrument 43-101 – Standards of Disclosure for Mineral Projects. Mr. Raffle verified the data disclosed which includes a review of the analytical and test data underlying the information and opinions contained therein.

Defense Metals Corp. is a mineral exploration company focused on the acquisition of mineral deposits containing metals and elements commonly used in the electric power market, military, national security and the production of “GREEN” energy technologies, such as, high strength alloys and rare earth magnets. Defense Metals has an option to acquire 100% of the 1,708 hectare Wicheeda Rare Earth Element Property located near Prince George, British Columbia, Canada. Defense Metals Corp. trades in Canada under the symbol “DEFN” on the TSX Venture Exchange, in the United States, under “DFMTF” on the OTCQB and in Germany on the Frankfurt Exchange under “35D”.