Meet the Brave New World of Luxandia, a Luxury Virtual Reality Space that Takes the Emerging Concept of the Metaverse to its Next Evolution 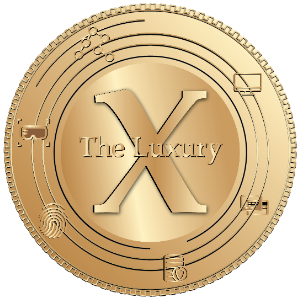 London, United Kingdom – September 2, 2021 – The Luxury today announced that the development of its new venture, Luxandia is currently at 40%, with a full launch scheduled for late Spring 2022. Luxandia will be a global virtual reality space dedicated to the online luxury industry, presenting some of the world’s biggest luxury brands in retail areas, from automotive to watches.

Luxandia offers a unique opportunity for luxury brands, who will be able to showcase their products and services. These can be sold using regular currency or the company’s own cryptocurrencies, The Luxury Coin (TLX) and the upcoming in-world Luxandia cryptocurrency Lusso (LSO). The project is unique in the virtual reality space and the first to bring the $224.8 billion luxury industry to the metaverse.

“Luxandia is going to be the leading luxury virtual space in the emerging metaverse. Our vision is of an immersive, interconnected virtual world of luxury. We are starting with virtual luxury malls where brands can rent retail space and consumers can enter that same space through their laptop, but that is only the beginning,” said Catalin Dascalu, CEO of The Luxury.

Until recently, the metaverse was a concept only dreamed about in sci-fi, most notably Neal Stephenson’s 1992 novel Snow Crash and Hollywood director Steven Spielberg’s 2018 movie Ready Player One. Today, however, that is all changing as virtual reality, augmented reality, 3D glasses, and other digital technologies make it increasingly possible to explore entire new spaces without ever leaving your home. The metaverse can be considered as complete and explorable digital worlds, much like the MMORPG Second Life or the virtual world of Decentraland, a project run on the Ethereum blockchain. People can buy and sell property and goods in both worlds, living a rich ‘virtual life.’

For many big tech leaders like Zuckerberg, the metaverse isn’t a fantasy – it’s the future of the internet, with endless implementations such as allowing people to venture into space without leaving home, thanks to 3D, 360-degree space walk experiences. Medical professionals are also discovering that virtual reality can ease diagnostic tests and treatments for patients, with promising research into the positive impact virtual reality systems can bring to patients entering into the fearful tedium of an MRI scan.

For The Luxury CEO Catalin Dascalu, progress in creating the metaverse is all about collaboration and cooperation rather than ‘competitive rivalries.’ By working together, tech companies can create a metaverse that matches the ambitious vision of a new and unlimited virtual space for work and play for humanity.

“Luxandia will be open to integration with other, similar projects. We believe in the power of collaborative innovation, not competitors,” added Descalu. “We look to projects like the Aura Blockchain Consortium and how a common purpose has pulled businesses together for progress, rather than getting lost in sometimes petty competitive rivalries. This is the way forward.”

Those interested in experiencing the latest evolution of the emerging metaverse can get an early taste for Luxandia, with a waiting list expected to open in 15 September, allowing 1,000 to become beta testers of the virtual world from December 1, 2021.

Luxandia marks another bold venture from The Luxury into the world of cryptocurrency and the blockchain. The project follows The Luxury Bank, which aims to make using cryptocurrency for everyday purchases as simple as using a credit card.

The Luxury, founded in 2014, is a global concierge group that provides a luxury lifestyle management service for its clients via its network of six offices around the world. In addition to its concierge services, The Luxury brand also includes an influencer talent agency, retail, Luxandia, The Luxury Academy, The Luxury Bank, and The Luxury Foundation. For more information about the company and its services, please visit The Luxury’s website.