In a market demand study in Yucatan area for residential development and hospitality/resort, TGI concluded that an upper end community is needed and in popular demand in Yucatan. Yucatan has been a popular travel and wellness destinations for people across the globe including Europeans and people across both the American continents. Another factor to consider is that the baby boomer generation has 10,000 people retiring every day, and that the demand for housing will only increase the next couple of decades based on their home ownership preferences/styles and history.

In order to expedite the process of construction for ADVENT™ CITY, TGI will have to purchase additional machinery and equipment, such as tractors, bulldozers, excavators, cranes and other miscellaneous items. As previously reported we are in process of designing ADVENT CITY Power Grid, to withstand high temperatures and humidity. Microgrid will have energy storage, solar, wind and backup generator working on green fuel. Solar (patented by third party technology) is going to be revolutionary triple boosting hybrid bifacial PV and transparent thermal solar panel. Each hybrid bifacial panel could produce 1280W of thermal energy and 550 W of electric power, according to preliminary testing. Panels can be used as alternative for conventional roof tiles thermal insulation and thermal barrier effect, which in turn reduces need for cooling and air conditioning.

All of the equipment designed and developed by TGI and or third parties will go through extensive testing, feasibility and pilot studies to assess the potential for successful implementation of the proposed technologies and innovations. 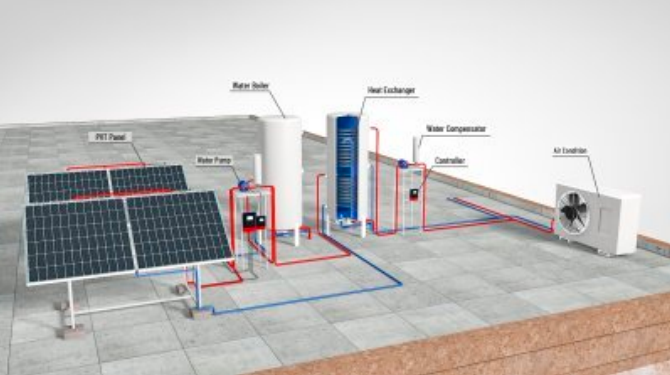 About TGI Solar: TGI SOLAR POWER GROUP INC. is a diversified holding company. TGI’s strategy is to acquire innovative and patented technologies, components, processes, designs and methods with commercial value that will give a competitive market advantage and generate shareholder value.

Safe Harbor Statements under the Private Securities Litigation Reform Act of 1965: Those statements contained herein which are not historical are forward-looking statements, and as such, are subject to risks and uncertainties that could cause actual operating results to materially differ from those contained in the forward-looking statements. Such statements include, but are not limited to, certain delays that are beyond the company’s control, with respect to market acceptance of new technologies, or product delays in the testing and evaluation of products, and other risks, as detailed in the company’s periodic filings with the Securities and Exchange Commission