In an effort to promote sustainability, all of the nets utilized for the 2021 Women’s International Champions Cup are actual sustainable fishing nets used in the Pacific Northwest.. The 2021 Women’s ICC takes place from August 18-21 at Providence Park in Portland. 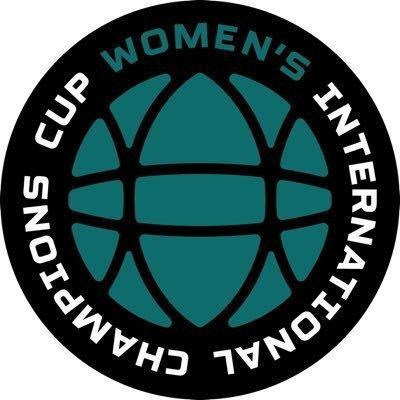 “We are excited to partner with Pacific Seafood Group not only because they are a local, family-owned and operated company, but because of what they stand for when it comes to sustainability and the environment,” said Susie Fiore, Head of Women’s ICC. “Our goal each year is to put on the best women’s soccer tournament possible, but also to be environmentally conscious in doing so.”

The sustainable fishing nets are custom-created on the Oregon coast by Dave Gregory from South Coast Nets. They are developed by hand and specially designed to exclude bycatch (non-targeted and over-fished species), based on size and swimming behavior, but still catch the species they are fishing.

“Pacific Seafood fuels athletes and fans around the world with the healthiest protein on the planet so a partnership with the Women’s International Championship Cup, being held right here in our home state, was a natural fit,” said Bill Hueffner, Vice President of Marketing for Pacific Seafood. “Nets play a vital role in both soccer and fishing, and we are proud to provide these sustainable fishing nets, to be used on the field for this iconic event.”

The 2021 Women’s ICC takes place August 18-21 from Providence Park in Portland. Defending champions Olympique Lyonnais take on FC Barcelona in the first of two doubleheaders, while the host Portland Thorns face the Houston Dash. The winners of the two matches will meet in the final, while the others will play in a third-place game. All matches will be broadcast on the ESPN networks.

ABOUT RELEVENT SPORTS GROUP
Relevent Sports Group (RSG) is the premier soccer events and media business in North America and Asia. RSG operates the International Champions Cup, the summer’s largest club tournament featuring the world’s best teams in iconic venues, the WICC, and ICC Futures, a youth tournament for the top clubs in the world. Regarded as one of the most influential privately-owned soccer companies internationally, RSG is focused on expanding its footprint, creating a year-round soccer platform including new digital properties and the first-of-its-kind joint venture with LaLiga to promote soccer in North America.

Founded in 1941 by Frank Dulcich, Pacific Seafood remains a family-owned and operated company dedicated to providing the healthiest protein on the planet. Pacific Seafood manages all parts of the supply chain from harvesting/fishing, processing, and distribution to provide customers with fresh, sustainable, and high-quality products. Pacific Seafood Group is headquartered in Clackamas, Ore. Learn more and order products direct to your door at PacificSeafood.com/Shop.