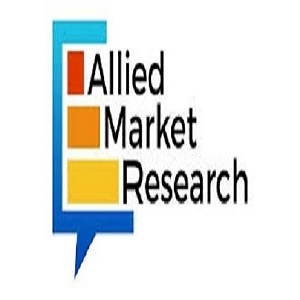 Global bunker fuel market size was valued at $120.1 billion in 2019, and is projected to reach $130.1 billion by 2027, growing at a CAGR of 3.1% from 2020 to 2027. Bunker fuel is a type of fuel oil that is used abroad vessels. It is poured into ship’s bunkers to power its engines. Bunker fuel gets its name from tanks on ports and in ships that it is stored in. Previously, they were known as coal bunkers but now they are called as bunker fuel tanks. Bunker fuels are used to power their motors, engine, drive, and other equipment in the marine vessels. With the implementation of IMO-2020 regulations on sulfur content in the marine fuel from January 2020, there is increase in attention toward utilization of low sulfur fuel oil from key players operating in this market. However, heavy fuel oil or high sulfur fuel oil can be used on the ships where scrubbers are installed.

Rise in marine borne trade has increased the demand for bunker fuel and bunkering services. Increase in oil & gas exploration activities in emerging oil regions drives the growth of the bunker fuel market as many bunker fuel suppliers changed their focus of operation to these offshore resource sites. In addition, fuel reduction initiatives by shipping industries are expected to hamper the market growth. Therefore, due to stringent environmental regulations regarding marine environment, the shipping industry has decided to reduce the use of residual fuel oil that contains contaminants such as nitrogen and sulfur. The shipping industry is focusing toward new alternative such as LNG, which is less harmful to the marine environment. Growth in opportunities for market players to expand business of bunker fuel in emerging economies such as India, Japan, and China is expected to provide lucrative opportunities for the growth of the global bunker fuel market, due to exploration of untapped hydrocarbon reserves in these oil emerging countries.

Depending on the type, the high sulfur fuel oil segment held the highest bunker fuel market share of around 72.65% in 2019, and is expected to decline its dominance during the forecast period. This is due to implementation of IMO-2020 there will be decrease in demand for HSFO, which in turn is expected to hamper the market growth in the upcoming years.

On the basis of commercial distributors, the oil major segment holds the largest share, in terms of revenue, and is expected to maintain its dominance during the forecast period. This growth is attributed to dominance of oil majors in the crude oil tanker chartering business across the globe.

On the basis of application, the container segment holds the largest share, in terms of revenue, and is expected to grow at a CAGR of 3.5%. This is owing to increase in demand for cargo transportation through ships and rise in trade-related agreements. In addition, rise in number of manufacturing units and factories in the region such as Asia-Pacific and LAMEA is anticipated to drive the growth of the bunker fuel market for container shipping.

On the basis of the region, the market is analyzed across four major regions such as North America, Europe, Asia-Pacific, and LAMEA. Asia-Pacific garnered the dominant share in 2019, and is anticipated to maintain this trend during the forecast period. This is attributed to numerous factors such as presence of huge consumer base and increase in maritime trade activities in the region. Moreover, presence of the developing countries such as China, Japan, Singapore, South Korea, and India is anticipated to contribute toward the growth of the bunker fuel market in Asia-Pacific.

COVID-19 impact on the market

The demand for marine fuel has decreased, owing to the COVID-19 pandemic across the world. According to the International Energy Agency (IEA), fuel oil demand for end uses including marine bunker, power generation, and industrial uses is expected to decline by 6.3% in 2020. Furthermore, as LNG and crude oil prices declined in the 2nd quarter of 2020, thus, the overall revenue of bunker fuel is likely to diminish in the second quarter of 2020. Owing to the implementation of IMO-2020 from January, there is increase in demand for very low sulfur fuel oil, but with the supply chain disruptions there will be ups and down in the low sulfur bunker fuel sales throughout 2020. In addition, high sulfur fuel oil demand has already been collapsed due to IMO regulation along with this COVID-19 pandemic also restrain the market growth in 2020-2021.