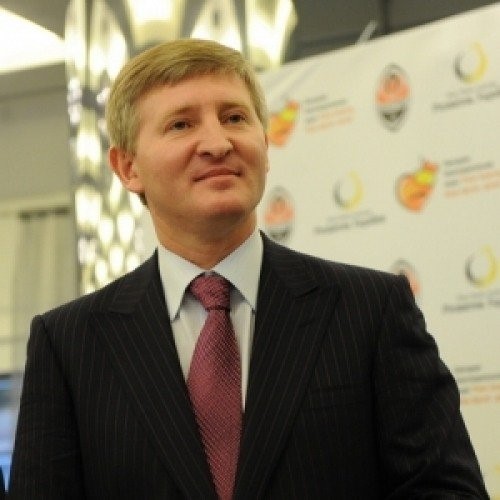 Thanks to the foundation he set up years before, when COVID-19 swept into his native Ukraine, Rinat Akhmetov — one of the country’s most successful business people — was ready to jump into action.

A native son of Donetsk (in the now war-torn eastern region of Donbas), Akhmetov founded System Capital Management Group (SCM) in 2000. Today it is the largest private company in Ukraine, a conglomerate holding interests in a vast array of economic entities. He also owns the FC Shakhtar Donetsk, which during his tenure has become one of Europe’s top UEFA teams. And in 2005 he established the Foundation for Development of Ukraine, better known as the Rinat Akhmetov Foundation.

“I have been engaged in charity for decades, and during that time I have formed a very strong team within my Foundation, who know exactly where and what kind of help is needed right now. SCM business staff are equally strong,” Akhmetov explained to Radio Svoboda in May of 2020. “Both my Foundation, and representatives of SCM businesses and FC Shakhtar participate in the work of anti-crisis centres in the regions and cities of Ukraine. Because today we all share the same goal — to help the regional and local authorities and to help Ukraine overcome the epidemic.”

The coordinated response to COVID-19 that his Foundation was able to bring to bear worked from the blueprint already established when tackling other health-related issues in Ukraine. Ongoing efforts like the “Cancer Can Be Cured” and “Stop TB in Ukraine” — which tackled other medical crises facing Ukraine — had built a philanthropic infrastructure that could be quickly adapted to this radical new threat.

“No country in the world was prepared for an epidemic of this magnitude. And we can cope with it only together, by combining the efforts of the central and regional authorities, the businesses, and every Ukrainian citizen,” Akhmetov continued. “I have allocated UAH 300 million to the fight with COVID-19. I coordinate my actions with nobody but my conscience. For me, the most important is being able to answer affirmatively to the question I’m asking myself: ‘Have I done everything I could to help?’”

The Rinat Akhmetov Foundation is Ukraine’s most prominent private humanitarian organization. Along with programs targeting specific diseases, it has played a prominent role in providing aid to civilians caught in the crossfire of the ongoing conflict between Russian-backed separatists and the government that has raged in eastern Ukraine since 2014. It has also funded a wide range of other endeavors, from supporting the placement of orphans in foster families to contributing to the Chernobyl Confinement Shelter Project that was built around the still dangerous Reactor No. 4.

When the pandemic struck, Akhmetov’s varied holdings were ready to build on the previous work coordinated by his foundation and respond quickly to the challenge. The immediate step was protecting the many employers that work for the myriad companies under the SCM umbrella.

“The situation is difficult for everybody in the world, including our country. It is affecting small, medium-sized, and big businesses alike. I have mentioned before and will say again that a ‘light cough’ for certain countries is ‘pneumonia’ for us. For that reason, at the very beginning of the epidemic and the lockdown we urged everyone to join efforts in order to save the Ukrainian economy,” Akhmetov related to Radio Svoboda. “Our top priority at SCM right now is to do everything we can to protect our employees, protect their health and keep them in work. I am confident that stable businesses are the locomotive that will pull the country through this crisis with minimal losses. Job cuts are out of the question, of course. It is our firm decision.”

This in-house circling of the wagons was not only for the short-term but also had an eye on ensuring that Ukraine’s economy wasn’t too deeply wounded and, as SCM’s COVID-19 webpage puts it, is part of: “… starting a lot of work to reanimate the Ukrainian economy after the crisis.”

But the primary response by Akhmetov was to have his foundation shore up the vital work of the national and regional governments as they reacted to an unprecedented crisis. A nation still on the long journey of recovering lost ground from the Soviet era and the disintegration of the USSR in 1991 — which has also endured an ongoing rivalry with their stronger neighbor Russia that includes an active war in its eastern region — the Ukrainian healthcare system was struggling even before a pandemic materialized.

This led to the establishment of the Fighting COVID-19 in Ukraine program, which has coordinated the efforts of the vast business and charitable organizations that are part of Akhmetov’s portfolio.

“The coronavirus pandemic has become a serious challenge for the public healthcare sector. To help the hub hospitals promptly meet their medical needs, Rinat Akhmetov pooled the resources of his charitable Foundation, FC Shakhtar, DTEK [an energy sector conglomerate], and other SCM businesses,” explained the Rinat Akhmetov Foundation Communications Director Yulia Ershova. “Since February last year, the implementation of the project Fighting COVID-19 in Ukraine commenced.”

“At this point, I am amazed at the heroism of everyone on the ground. We all have teamed up for the sake of one goal. The round-the-clock work by local authorities and other services deserve great respect. Last but not least, the acts of heroism by doctors astound. They risk their lives to save people,” Akhmetov stated in an interview published on his foundation’s website. “We help hospitals and our doctors — we purchase ventilators and other equipment. This includes test kits, personal protective equipment for medical staff, and many other things. We buy what is required by a specific region — we work in close cooperation with the Ministry of Health and regional anti-crisis centres.”

The response included immediately organizing a medical advisory board early that consulted with colleagues around the world to fill in the gaps of needed equipment and up-to-date medical knowledge. With the financial backing of Akhmetov, this team was able to gauge weak spots in the nation’s healthcare system and then go out and coordinate the purchase of the materials necessary to strengthen them.

This includes, thus far, distributing over 320,000 rapid tests around the country, with 50,000 going to the conflict-ridden Donetsk region, 30,000 to the Dnipropetrovsk region in central Ukraine, 25,000 in and around Kyiv, 15,000 to the Kryvyi Rih area, and 20,000 for frontline staff at regional emergency medical care centers. Along with kits, high-tech testing equipment, personal protective gear, remote thermal scanners, and infrared thermometers have been distributed to the principal medical facilities throughout the country. This is simply the vital work of building a sturdy emergency medical infrastructure during a time of crisis.

On the treatment side of the equation, the Akhmetov Foundation rushed over 200 ventilators into the breach to help in the treatment of people battling severe cases of COVID. This has included the secondary, but vital, procurement of the bottled oxygen needed to make the ventilators operational, thus avoiding the kinds of supply breakdowns that have caused misery in, for example, India and Brazil. A steel manufacturing subsidiary of SCM, Zaporizhstal, has taken the lead in this effort.

“Zaporizhstal … was certified as a supplier of high-quality medical oxygen for the treatment of patients with coronavirus. We responded to all medical inquiries promptly, realizing that every minute of delay can cost lives. As long as hospitals have a need for oxygen, we will do our best to provide them with vital medicine for oxygen therapy for patients,” the General Director of Zaporizhstal Alexander Mironenko stated in a recent press release.

As an investment in the human infrastructure, the Foundation has sponsored a series of online training sessions for Ukrainian doctors, nurses, and support staff. These have included briefings on best practices that were developed in early hotspots like Italy and the United States and the specific training necessary to keep ventilators in working order 24/7.

Finally, the transition to the vaccination phase of operations is well underway. This has included information sharing with both the medical community and the general public as part of introducing the vaccine options that are on the cusp of being widely introduced, along with staying abreast of the continuing practicalities of COVID transmission and the development of new strains.

For example, the Foundation created an “Ask the Doctor” weekly live broadcast stream that makes available some of the nation’s leading medical authorities to cover specific COVID-related topics as part of the Fighting COVID-19 in Ukraine project. One guest was Tetiana Chumachenko, the head of the Epidemiology Department of Kharkiv National Medical University, speaking about the latest findings about the Moderna, AstraZeneca, and Pfizer vaccines. Another, the Romodanov Neurosurgery Institute’s Head of Anesthesiology and Intensive Care Department Maksym Pylypenko, spoke about the challenges for those recovering from COVID, especially the role of nutrition.

“In Ukraine, the number of cases of coronavirus is growing. The number of fakes and myths around the disease is growing even faster. They often cause panic in people and can negatively affect the health of Ukrainians,” noted Ershova. “To cover the need for objective information, the Rinat Akhmetov Foundation, together with the Ministry of Health, launched the ‘Ask a Doctor’ project. This is a series of live broadcasts with the country’s leading medical experts, during which anyone can ask the invited doctors difficult questions about COVID-19 and get clear and reliable answers to them.”

Likewise, an earlier public-orientated effort — in cooperation with the Ministry of Digital Transformation — was the educational TV series “Quarantine: Online Services for Teachers” that helped educators cope with the sudden and intense changes to their professional lives.

All of these efforts have been part of a communal response to an invisible foe that has rocked the entire world and spared no nation.

“It is better to be a good doer than a good talker. I have seen and know many good talkers, but very few good-doers … we are helping the entire country. SCM businesses operate in almost every region,” Akhmetov stated when talking about his response to the COVID crisis. “Therefore, our duty is to help every city and every region, to help Kyiv and the whole country. SCM businesses have been always providing help and we are certainly not going to stand on the sidelines now.”