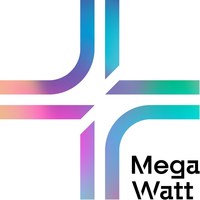 Megawatt Lithium and Battery Metals Corp. is pleased to provide additional information outlining the potential of the Kodiak project in New South Wales, Australia.  The project is prospective for lateritic Nickle-Cobalt-Scandium mineralization associated from ‘Alaskan- Type’ ultramafic intrusives that are found along the Lachlan Orogen.  The project is proximal (approximately 5.7 kms) to Scandium International Mining Corp’s Nyngan project, reported to have a mine life of approximately 20 years.  The Honeybugle Scandium Project to the south of Kodiak is also a successful project.  Kodiak enjoys readily accessible infrastructure as the tenure is within proximity to an interstate highway, main roads, railways, regional airports, powerlines, water and the towns of Cobar and Dubbo.  The Kodiak project area has not been explored for Ni-Co-Sc, Cu and HPA. However, the project is underpinned by the same intrusive geology and geophysical anomalies that have been recognised as rich lateritic Ni-Co-Sc deposits located in nearby tenures. The anomalies appear similar to the ophiolite intrusion seen in Scandium International’s neighbouring Nyngan Project Area.

The Company has engaged Orix Geoscience of Toronto, Ontario to conduct its upcoming field program at the Route 381 Lithium project in the James Bay Quebec region.  Orix is a Canadian geological consulting firm advancing strategic exploration and mining through the integration of data and innovative geological understanding.  High grade lithium has been sampled on the project site (surface grab sample at 2.77% Li2O) and linearly extensive spodume-pegmatites identified. The field program is scheduled to commence the fourth week of July and will consist of prospecting, mapping, and channel sampling to identify addition pegmatites and drill targets.

Mr. Geoffrey Reed (MAusMM (CP)) (MAIG), Consultant for the Company, is a qualified person as defined by National Instrument 43-101 – Standards of Disclosure or Mineral Projects and has reviewed the scientific and technical information in this press release.

MegaWatt is a British Columbia based company involved in the acquisition and exploration of mineral properties in Canada. The Company holds a 100% undivided interest, subject to a 1.5% NSR on all base, rare earth elements and precious metals, in the Cobalt Hill Property, consisting of eight mineral claims covering an area of approximately 1,727.43 hectares located in the Trail Creek Mining Division in the Province of British Columbia, Canada.

Investors can learn more about the Company and team at https://megawattmetals.com.