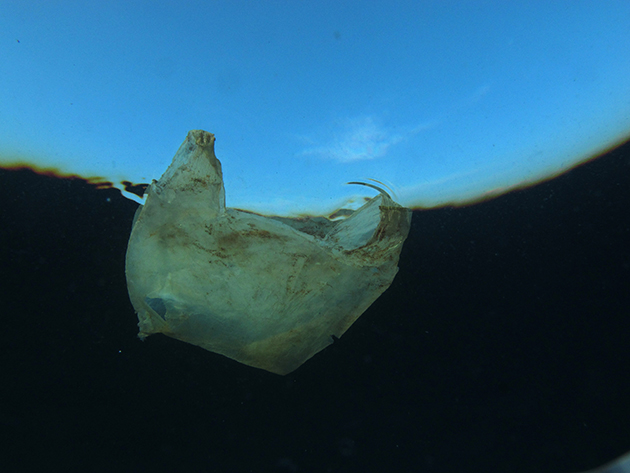 Plastic bags may remain intact for years in the marine environment. Plastic products certified to be industrially compostable are no solution for littering, as they do not degrade efficiently in the environment and continue to pose a threat to wildlife as they break down. Credit: Eleonora de Sabata / Clean Sea LIFE

St David’s, Wales, Jul 1 2021 (IPS) – Documented images of albatross chicks and marine turtles dying slow deaths from eating plastic bags and other waste are being seared into our consciences. And yet our mass pollution of Earth’s seas and oceans, fuelled by single-use plastics and throw-away consumerism, just gets worse.

Plastic debris is estimated to kill more than a million seabirds, 100,000 marine mammals and countless sea turtles every year. Plastics, with all their benefits and promises, have revolutionised societies and economies since their development in the 1950s, but now some 8 million tonnes end up in the oceans every year.

Waste plastic, making up to 80% of all marine debris from surface waters to deep-sea sediments, breaks down into micro-plastics which enter the digestive systems of sea and land animals and humans. Invisible plastic is in the water we drink, the salt we eat and the air we breathe. Experts are still working out the long-term impacts, such as cancer and impaired reproductive systems.

“Oceans are always neglected,” she tells IPS. “Small NGOs like myself take risks to save whatever we can of the fragile ecosystem that is left for our future generations.” 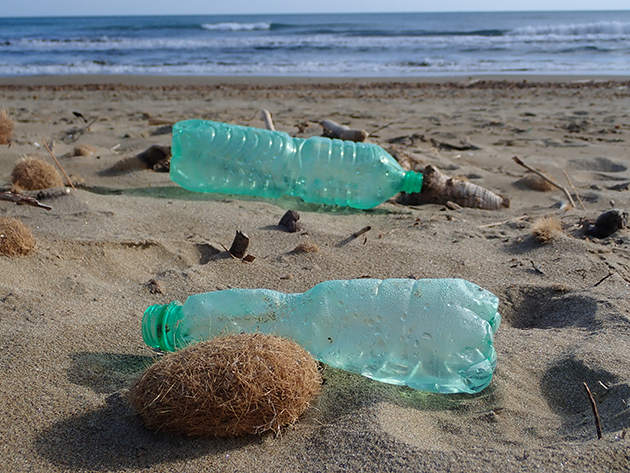 But to combine her NGO’s efforts with those of others, Moudud says she is “praying” to attend the IUCN World Conservation Congress 2020 in Marseille this September where government, civil society and indigenous peoples’ organisations from around the world will join discussions to set priorities and drive conservation and sustainable development action.

Meeting every four years – with this Congress delayed by the Covid pandemic – member organisations of the International Union for Conservation of Nature, vote on major issues to shape humanity’s response to the planet’s conservation crises. This particular Congress in Marseille is offering both in-person and virtual participation options, allowing those unable to make the trip to Marseille for the full Congress the opportunity to join discussions and provide their feedback.

Moudud’s NGO is a co-sponsor of Congress Motion 022: “Stopping the global plastic pollution crisis in marine environments by 2030.”

The broad resolution goes to the heart of the waste plastics issue. It notes that global production is due to increase by 40% over the next 15 years from current levels of around 300 million tonnes and that the world’s “predominant throwaway model” means that over 75% of the plastics ever produced to date are waste, “notably because the price of plastic on the market does not represent all of the costs of its lifecycle to nature or society”.

Recalling previous international efforts to set goals for ending marine plastic litter, the motion calls on the international community to reach a wide-ranging global agreement to combat marine plastic pollution. This would entail, among other measures, eliminating unnecessary plastic production, in particular single-use plastic waste; recycling and proper prevention of leakage into the environment; and public awareness campaigns.

Activists say previous international efforts to curb plastic pollution have been toothless. Moudud is among many who want mandatory and enforceable measures, accusing big business of what she calls “manipulative practices through sponsorship and malpractice without helping build the natural world”.

“No one is looking or holding the polluters responsible,” she says, calling for a toughening up of the resolution. “I am deeply involved in everything IUCN does to help save the natural world and sustainable living.”

Steve Trott, project manager for IUCN-member Watamu Marine Association which is tackling plastic pollution in their Marine Protected Area in Kenya, says Motion 022 clearly sets out the threats posed by plastic waste to marine and coastal environments, economies and human health and well-being.

“Watamu Marine Association and EcoWorld Recycling based on the Kenya coast embrace the IUCN call for action,” Trott told IPS.

Reflecting one of the main themes of IUCN’s membership structure bringing together civil society and indigenous peoples and government authorities, Trott says Watamu is following a “win-win model which can be replicated and up-scaled, sending out an ‘Act Local, Think Global’ message to inspire others”. He hopes to attend the Congress in Marseille if all goes well. 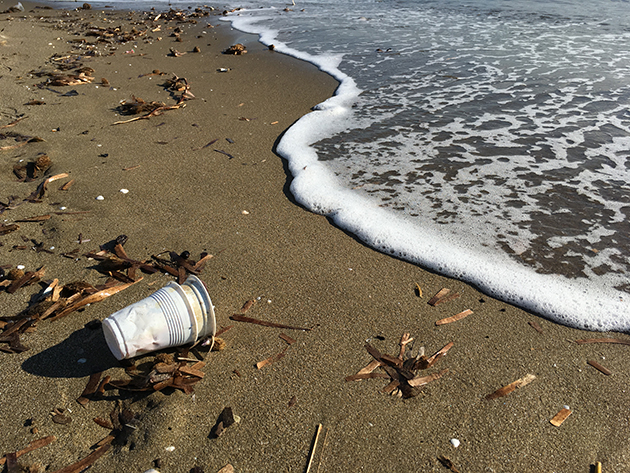 The Plastic Waste Makers index, a study by Australia’s Minderoo Foundation, identifies 20 companies producing more than half of all single-use plastic waste in the world. Some are state-owned and multinational corporations, whose plastic production is financed by major banks. The report notes that nearly 98% of single-use plastic is made from what is called virgin fossil fuels — plastic created without any recycled materials.

Single-use plastics explain why fossil fuel companies are ramping up their production as their two main markets of transport and electricity generation are being decarbonised. By 2050 plastic is expected to account for 5%-10% of global greenhouse gas emissions.

Humankind possesses unprecedented levels of knowledge but also the accompanying responsibility, knowing that oceans are in the poorest health since humans started exploiting them.

Single use plastics – and the estimated 130 million tonnes that are dumped each year around the world – have dominated studies and discussions on waste. Plastic bottles, food containers and wrappers, and single-use bags are the four most widespread items polluting the seas.

One element woven into similar narratives of how to tackle the world’s burning environmental issues – such as carbon emissions, species loss, and plastic waste – is the potential fix offered by technology. Motion 022 refers to the need for more investment in environmentally sound plastic waste collection, recycling and disposal systems as well as forms of recovery.

A study led by biologist Nikoleta Bellou at the Helmholtz-Zentrum Hereon institute focuses on inventive sea-cleaning solutions to date, including floating drones. But her paper suggests that it could take about a century to remove just 5% of plastics currently in the oceans using clean-up devices because plastic production and waste are accumulating so fast.

Activists welcome IUCN’s intervention on plastic waste pollution and the strong mandate a successful and unanimous motion can convey to governments and international institutions. But they also caution against taking too narrow an approach towards tackling marine pollution at the September 3-11 Congress.

Eleonora de Sabata, spokesperson for the Clean Sea Life project, co-funded by the European Union’s LIFE programme, told IPS that the narrative needs to shift away from single-use plastic to single-use everything. “Technology” has come up with so-called ‘bio’ plastics as a replacement for some plastics but only to create a whole suite of problems of their own.

“It’s the throwaway culture that creates problems, whether plastic or not. Green washing and sloppy leadership are filling our world of single use,” she argues. Washing our consciences by simply substituting single-use plastics with other single-use items, such as supposedly biodegradable bags and cutlery, are not the answer.