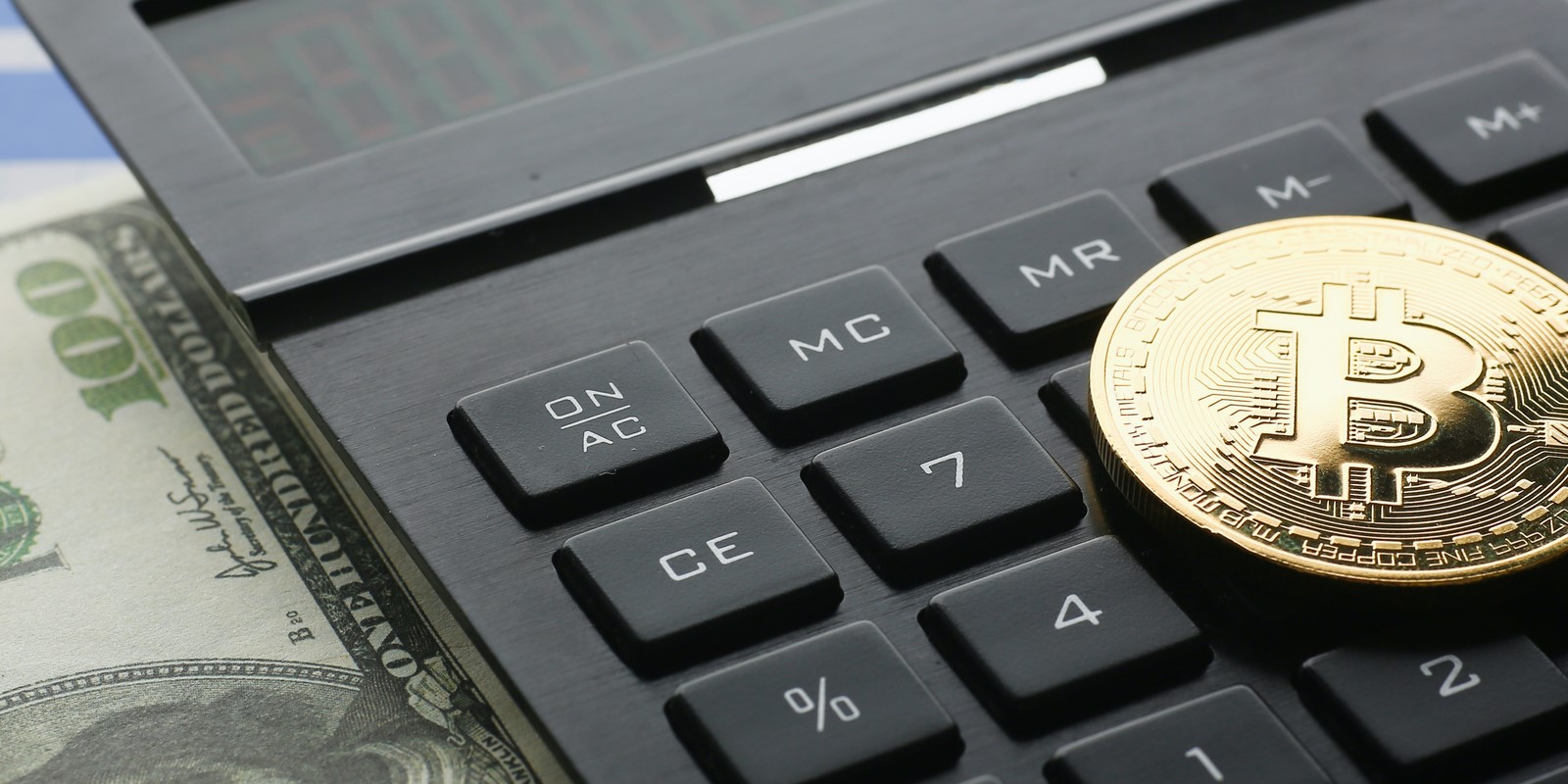 Cybersecurity? Digital currency? Crypto? So much technological jargon is flying around these days, and a lot of hype surrounding it all but does it convert to anything meaningful and important for us all? We’ve all heard of this magical ‘crypto’ that seemed like some sort of techno-fad at first (and a not-so-serious one at that) but nowadays we see that digital currency has taken off and genuinely has real-world utilization. So yes, ‘crypto’ looks like it is here to stay and it has already managed to change the way the economy works as well as the nature of the financial industry. Of course, we are talking about the legendary Bitcoin which popped its shiny golden head above the ground in 2008, 13 years ago now borne from the efforts of the mysterious figure under the name Satoshi Nakamoto who has remained anonymous to this day. Only a few years after its inception, in 2013 to be exact, Bitcoin would see its first major spike in value. At the moment, several Bitcoin alternatives are already out there now and have been for the past couple of years. Millions of people are investing in digital currencies, even things like NFTs or digital art, and making serious profits to boot. The cryptocurrency industry is doing extremely well, with thousands of alt-coins (currencies besides Bitcoin), ICOs (Initial Coin Offerings), secure online platforms/bitcoin brokers/exchanges around. In fact, the cryptocurrency industry looks like it is going to shut down classic (traditional) banking and rid us all of paper money (FIAT currency)! This may sound too good to be true, because it may well be. Crypto has had immense ups and down, bringing much sweat to the brows of hyped-up digital investors in the meantime. What about the cybersecurity aspect of digital (crypto) currency? We will look at the many benefits as well as pitfalls of cryptocurrency as well as the cybersecurity applications. Perhaps the most important thing to mention is that cryptocurrency would be a thing at all if it were not for blockchain technology.

A bit of Background on Cryptocurrency

In 2008, the domain name bitcoin.org was registered after which on the 31st of October the mysterious Satoshi Nakamoto moniker appeared in a published paper. In 2009, the first Bitcoin transaction occurred, when ‘Nakamoto’ sent Hal Finney (computer programmer) 10 Bitcoin (BTC for short). The following year, in 2010, BTC accrued its first losses and vulnerabilities by being hacked were a very suspicious 184 billion BTC transaction took place and alerted Bitcoin developers. That same year would also mark the first time a BTC sale took place which meant that it would have monetary utilizable value for the first time when 10,000 BTC was swapped in exchange for two pizzas. To put this into perspective, today that amount of BTC would amount to over $50m. In 2011, we would see other alt-coins begin to prop up and Bitcoin would also experience some issues due to the ‘dark web’ scandals at the time. 2012 and 2013 saw BTC’s popularity continue to rise but values would see some instability. In that same period, the first BTC ATM popped up in Vancouver, Canada. The period of 2014 and 2015 would see the appearance of Ethereum (or ETH) which is now the second most powerful digital currency in the world. ‘Crypto’ would see a landmark boost in global popularity from 2016 through 2018 where the number of ATMs dramatically rose to about a thousand and several countries began to accept the currency as a legitimate one. The final step in solidifying the fate of crypto would be in 2018 when regulatory agencies all over the world started creating regulations for digital currencies and everything from the fashion industry to finance started collaborating via digital currency. Nowadays, to have invested money in crypto and own a wallet or ‘cold wallet’ is a fairly normal thing accessible to most of us on the planet.

The term itself is a compounded version of ‘cryptography’ and ‘currency’. Cryptography essentially means, for this usage, that the data transmission is encrypted. Nerdwallet describes cryptocurrency with the following description; “Cryptocurrency is a form of payment that can be exchanged online for goods and services. Many companies have issued their own currencies, often called tokens, and these can be traded specifically for the good or service that the company provides. Think of them as you would arcade tokens or casino chips. You’ll need to exchange real currency for the cryptocurrency to access the good or service. Cryptocurrencies work using a technology called the blockchain. Blockchain is a decentralized technology spread across many computers that manages and records transactions. Part of the appeal of this technology is its security.” Cryptocurrency has opened the doors to an entire market worth billions of dollars today, to quote Nerdwallet one more time; “More than 10,000 different cryptocurrencies are traded publicly, according to CoinMarketCap.com, a market research website. And cryptocurrencies continue to proliferate, raising money through initial coin offerings, or ICOs. The total value of all cryptocurrencies on May 27, 2021, was more than $1.7 trillion — down from April high of $2.2 trillion, according to CoinMarketCap. The total value of all bitcoins, the most popular digital currency, was pegged at about $735 billion — down from April high of $1.2 trillion.”

What is Blockchain Technology?

Without blockchain technology, all of the above would not be possible, and we would not even be talking about digital currency. Here is how industry monolith IBM defines blockchain: “Blockchain is a shared, immutable ledger that facilitates the process of recording transactions and tracking assets in a business network. An asset can be tangible (a house, car, cash, land) or intangible (intellectual property, patents, copyrights, branding). Virtually anything of value can be tracked and traded on a blockchain network, reducing risk and cutting costs for all involved.” Why is blockchain so critical? Well, because blockchain is a cutting-edge innovation (moreso a revolution) in the way data is transferred. It is a perfect medium for transferring data because it is fast, shared, and untraceable (thereby anonymous). A blockchain system or network is also optimal for sales, production, storage of information, and payments. The brightest most forward-looking benefit that blockchain offers us is the sheer confidence it gives in that it is end-to-end encrypted. Blockchain also has several other uses other than purely for digital currency and will probably proliferate and diversify into several other forms in the future given its optimal cyberspace-specific foundation that is fast and anonymous.

Cryptocurrencies are a complete revolution in the way the economy works because a digital currency by design bypasses the banking system and offers private individuals a private banking system that they can fully control without any external agency. So, what about the problem of cybercrime in all of this? Well, we see the following issues with that;

In recent years, we have seen hundreds of millions of dollars worth of BTC stolen by cybercriminals all over the world, with the use of malware and phishing techniques as well as snooping and vishing of smartphone celebrity SIM cards, for example. Another example is that, just recently, cybercriminals breached the U.S. colonial gas pipeline and demanded $5m in BTC payments.

It is not all negative, though, not at all. The benefits of blockchain technology (as well as digital currency) for cybersecurity are myriad. The fact that this is an encrypted, truly anonymous technology and includes unprecedented transfer speeds and purchases means a better financial future for all of us. Blockchain is one of the most disruptive technologies out there right now, and will provide several benefits to cybersecurity such as the following;