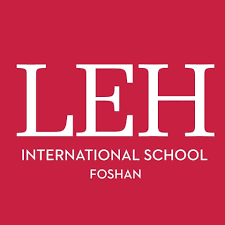 Cybernet Manufacturing has just announced the release of two new PoE enabled mini rugged computers, the iPC E1s and the iPC E2is. Both of these industrial computers have the ability to power multiple IP-connected devices over a CAT-6 cable, drastically expanding the functionality of the units.

Both of the new PoE enabled devices run on 6th and 7th generation Intel Core processors. However, they have some key features that differentiate them from a typical industrial computer. The iPC E1s features ignition control, which is used explicitly in in-vehicle applications to prevent battery drain when a vehicle is turned off and to prevent power surges to the unit when a vehicle is started. Both units have optional 4G/3G LTE connectivity with Bluetooth capabilities, and the iPC E2is also features quad LAN functionality allowing end users to set up both intranet and internet connections.

The typical use cases for a PoE enabled mini computer include fleet management applications where video surveillance and GPS tracking are vital. It is also a pivotal element to smart manufacturing. It allows organizations to connect multiple smart sensors throughout their facility to collect and analyze real-time data to improve productivity and efficiency.

“For the last decade, Cybernet has been providing some of the most reliable industrial computers available on the market. The introduction of our E series line of mini PCs is just the first step in our commitment to expand our industrial offerings,” said Ali Bagheri, Senior VP of Global Operations. “These two PoE enabled computers will serve a specific niche in the market that has been underserved to date.”

Cybernet Manufacturing has long supplied rugged industrial computers to some of the largest companies in the industrial and government sectors. Their computers boast a less than 2% failure rate and have been independently tested for shock and vibration, as well as extreme heat, cold, and humidity.

About Cybernet Manufacturing:
Cybernet was founded in 1996 with a goal to bring compact, small footprint computers to a variety of industries, including the Healthcare, Industrial & Enterprise markets. The company takes pride in achieving product and quality certifications, including ISO13485:2016, and building relationships in the B2B universe. Cybernet’s mission is to provide the most versatile, reliable, secure computers for their intended markets. For over 20 years, Cybernet computers have met or exceeded medical and industrial certifications to make their name a trusted entity for business computing. Cybernet is privately held with 450+ employees worldwide.