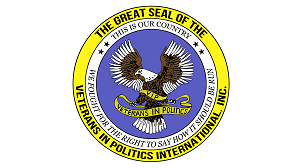 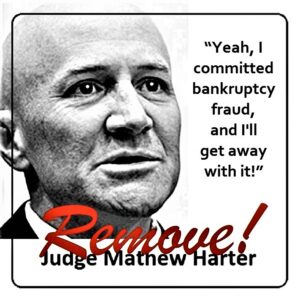 GROUNDBREAKING LAWSUIT
The lawsuit contends that the 14th Amendment guarantees the people’s fundamental right to expect a “fair judiciary,” and, where judges commit crimes—such as fraud and perjury—there can be no “fair judiciary.”
The lawsuit alleges that Harter committed bankruptcy fraud, perjury, and concealment of assets; and, because of these crimes, Harter’s mere presence on the bench “offends traditional notions of a fair judiciary,” which violates the Plaintiffs’ 14th Amendment rights.
According to Plaintiff, Ali Shahrokhi, “We have no hope in family court—especially when we see a family court judge get away with fraud and perjury—and still remain on the bench—to sit in judgment on others—operating a cash-for-kids operation.  It is beyond disgusting how they think they can violate our constitutional rights under the color of law.  I refuse to allow thieves to affect my son’s life.”
The lawsuit alleges that Harter’s mere presence on the bench is a “daily reminder of the pall of corruption that hangs over Clark County courts.”  The lawsuit demands that “Harter must go.”
JUDICIAL COMMISSION DROPS the BALL

In fall 2020, Veteran In Politics, Int’l, (VIPI), filed a complaint with Nevada Commission on Judicial Discipline.  However, on Jan. 19, 2021, the Commission denied the VIPI complaint—citing the statute of limitations. 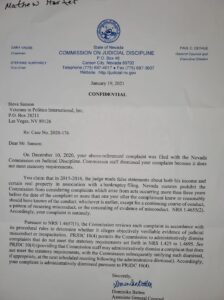 Co-Plaintiff, T. Matthew Phillips, explains: “Yeah, Harter’s failure to comply with the law may now be a stale-dated ethical violation, however, the sun never sets on Harter’s appearance of impropriety.”
EFFORTS to REMOVE HARTER
Veterans in Politics, Int’l, for some time, has been trying to remove Harter from the bench.  But it has proved a daunting task.
Unfortunately, “recall” is not an option because the Nevada Supreme Court—in the name of “job security”—declares that the People cannot recall judges.

Veterans in Politics, Int’l, recently lodged a complaint with Nevada Attorney General, Aaron Ford.  But sadly, Aaron Ford refused to act making claims in a generic letter that was not part of the complaint. 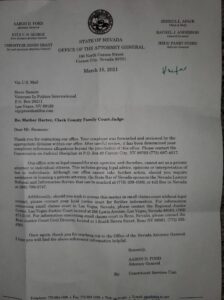 The U.S. Trustee’s Office was made aware of Harter’s bankruptcy fraud; however, for reasons not entirely clear, the U.S. Trustee fails to act.
Despite multiple complaints to state and federal agencies, Harter still sits on the bench.  But how can this be?  Is Harter super well-connected?  Or is Clark County corruption so pervasive that no government official can legitimately point a finger at Harter?
HARTER’S BANKRUPTCY
On Dec. 21, 2015, Mathew Harter, (and his wife, Brandie P. Harter), filed for Ch. 7 bankruptcy in U.S. District Court, Las Vegas, [Public Case No. 15-17012-LEB].
According to the lawsuit—
Harter committed bankruptcy fraud in “plain view” of the general public—and under the nose of a federal judge.  One shudders to imagine the biting atrocities that take place in the private sphere of Harter’s tortured courtroom—where sealed family court cases lay beyond public scrutiny.
On a more somber note, should the reader pause to consider, where public officials are underwater in their personal finances, which makes them more susceptible to bribery.
BILLBOARD CAMPAIGN

VIPI member, Giano Amado recently disqualified Harter from his own family law case in the Nevada Supreme Court case# 81098-COA and 79122-COA NV.  (“OO-rah!”)  Determined to remove Harter from the bench, Amado and Veterans In Politics sponsored several billboards shedding light on Harter’s notorious bankruptcy fraud.  These billboards caused a public outcry and made a tremendous impact on public opinion. 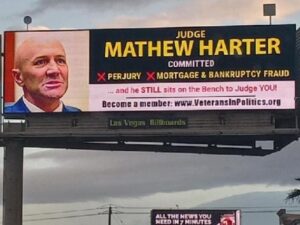 Phillips explained: “Harter’s continued presence on the bench is a prolonged insult, a gob of spit in the face of parents, a kick in the pants to truth, justice, and the American way.”
STATUTE of LIMITATIONS
The statute of limitations for bankruptcy fraud and perjury is five (5) years, [18 U.S.C. § 3282].  However, where debtors conceal assets, the 5-year limitations period begins to run on the date the court grants discharge, [18 U.S.C. § 3284].  In Harter’s bankruptcy, the discharge happened in Nov. 2016—which means the statute of limitations on “concealment of assets” will not expire until Nov. 2021—which means it’s not too late to indict Harter.
THE STAIN of JUDICIAL CORRUPTION
The lawsuit alleges that Harter “violates every moral precept of what it means to be a judge.”
Plaintiff Shahrokhi stated, “I came to America from Iran for constitutional freedoms, not a bottom-feeder judge to decide how I and my son live our lives.  I don’t need a bankrupt, criminal to decide my son’s future.  I am a fit parent and I decide what takes place in my son’s life.”  Shahrokhi added, “That man does not deserve to be called “Your Honor.”
Steve Sanson President of Veterans In Politics International stated the following: “It’s a shame that our own state and local government cannot and will not protect the public from this type of behavior in our judiciary. Instead protects each other and screw the voters who put them in office.”
Other Related Articles:
Judge Committed Fraud on Bankruptcy Filings!
https://veteransinpolitics.org/2019/12/judge-committed-fraud-on-bankruptcy-filings/
Criminal Judge-committed Fraud & Perjury, nobody bats an eye!
https://veteransinpolitics.org/2020/12/criminal-judge-committed-fraud-perjury-nobody-bats-an-eye/
A CORRUPT JUDGE IS A GREAT VERMIN!!
https://veteransinpolitics.org/2020/09/a-corrupt-judge-is-a-great-vermin/
Video Testimony: