The targeted protein degradation enabling technologies market, featuring a healthy pipeline of novel therapeutics, is anticipated to be worth over USD 3.3 billion by 2030, predicts Roots Analysis 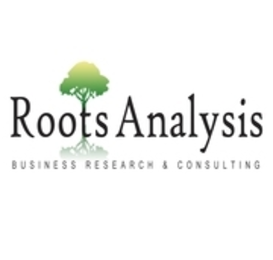 Roots Analysis has announced the addition of “Targeted Protein Degradation Market, 2021-2030” report to its list of offerings.

Small-molecule-induced protein degradation has been demonstrated to possess the potential to drug a broader range of proteinaceous biological targets. It involves the selective recruitment of the body’s inherent protein degradation pathways, to eliminate disease causing / associated proteins, using bifunctional small molecule drugs. Presently, the most popular and promising class of interventions in this field of research, is proteolysis targeting chimeras (PROTACs); these can simultaneously bind a target protein and an E3-ubiquitin ligase, and thereby, facilitate the selective ubiquitination and eventual proteasome-mediated degradation of the target protein. The most interesting feature of this mechanism of drug action is the fact that PROTACs and other targeted protein degraders can eliminate protein targets regardless of their function.

Around 75% of the aforementioned candidates are in the preclinical and discovery stages, followed by those that are being evaluated in clinical trials (25%). The these degrader molecules are PROTAC (26), followed by DUB inhibitors (15%), protein homeostatic modulators (14%) and SERDs/SARDs (13%).

Of these, the PROTAC® platform is presently considered the most popular, with 15 product candidates, developed using the same technology, under investigation. On the other hand, there are presently 10 technologies that are designed to design / develop DUB inhibitors.

Post 2010, there has been a notable surge in the number of companies developing targeted protein degraders. Majority of the firms engaged in this field (57%) are based in North America, followed by Europe (27%) and the Asia Pacific (16%).

It is worth mentioning that most of the clinical research in this direction is being conducted in Europe (60%), followed by North America and the Asia Pacific. However, more than 40% of the total number of patients enrolled in such trials are in North America.

Over 770 grants have been awarded to support research on targeted protein degradation-based therapeutics, since 2016

An estimate total of USD 345 million in grants have been awarded to various organizations working in this domain, during the period between January 2016 to December 2020. Almost 40% of the total number of grants were provided by the National Cancer Institute.

More than 14,500 patents have been filed / granted related to targeted protein degradation enabling technologies, since 2018

Around 50% of these intellectual property documents were filed / granted in the US; other key regions with significant intellectual capital include Australia, China, Japan, Canada and Korea. Leading non industry players (in terms of the size of intellectual property portfolio) include the University of California, Massachusetts Institute of Technology, Broad Institute, Harvard College and Dana Farber Cancer Institute.

The maximum number of partnerships for targeted protein degradation-based therapeutics were signed in 2018. R&D agreements (25%) and research agreements (23%) emerged as the most popular types of partnership models adopted so far, by stakeholders in this industry.

Over USD 5 billion has been invested by both private and public investors, since 2014

Companies involved in the development of targeted protein degradation-based therapeutics have raised around USD 2.3 billion through venture capital financing, which represents 43% of the total capital raised in the given time period. Overall, more than 180 investors have actively financed projects / initiatives in this domain.

Presently, the market is driven by revenues from therapy development enabling technologies; it is anticipated to grow at a CAGR of around 27%, till 2030

Over 50% of the technology licensing-related opportunity is associated with platforms intended for drugs targeting oncological disorders; this trend is unlikely to change in the foreseen future. North America is expected to capture over 55% of the market share by 2030.

To request a sample copy / brochure of this report, please visit this link

The USD 3.3 billion (by 2030) financial opportunity within the targeted protein degradation enabling technologies market has been analyzed across the following segments:

The research includes detailed profiles of key players (listed below); each profile features an overview of the company, its financial information (if available), brief descriptions of its proprietary drug(s) and an informed future outlook.

You may also be interested in the following titles: