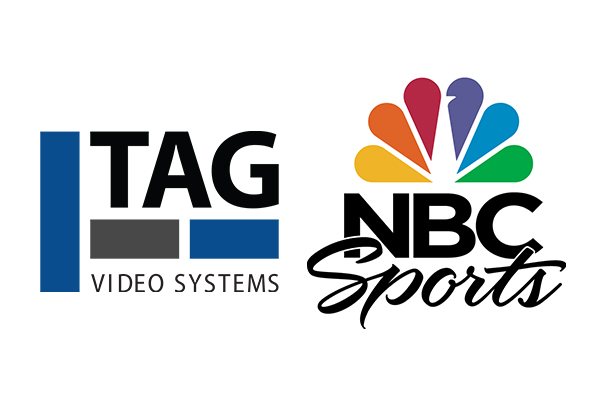 STAMFORD, CONN. – June 7, 2021 – NBC Olympics, a division of the NBC Sports Group, has selected TAG Video Systems to provide OTT monitoring and multiviewing for its production of the Games of the XXXII Olympiad, which take place in Tokyo, Japan, from July 23 – August 8. The announcement was made today by Chris Connolly, VP of Transmission Engineering and Operations, NBC Olympics, and Kevin Joyce, Zero Friction Officer, TAG Video Systems.

TAG Video Systems will provide NBC Olympics with an integrated software-based IP probing, monitoring and multiviewer solution to monitor MPEG Transport Streams originating in Tokyo, which are then logged, categorized and archived in NBC Sports’ International Broadcast Center in Stamford, Conn. The system will run on true COTS off-the-shelf servers and give NBC Olympics the ability to view metrics and evaluate the health of the signals every step of the way. It will also allow NBC Olympics the flexibility to custom configure the broadcasts on its multiviewers to fit any desired scenario.

“Like athletes, being selected to participate in the Olympic Games with NBC Olympics is the ultimate achievement, an indication of strength, flexibility and ability,” said Joyce. “There is zero room for error during the two-plus weeks of competition, and we are honored to work with NBC Olympics to bring the fans the greatest experience possible.”

“When it comes to monitoring TS over IP, TAG is the choice to give us the complete package,” said Connolly. “With the ability to monitor all of our feeds in the IP domain both visually and through metrics, TAG gives us the confidence to know we have the entire workflow covered.”

A division of NBC Sports Group, NBC Olympics is responsible for producing, programming and promoting NBCUniversal’s coverage of the Olympic Games. NBC Olympics is renowned for its unsurpassed Olympic heritage, award-winning production, and ability to aggregate the largest audiences in U.S. television history. NBCUniversal owns the U.S. media rights on all platforms to all Olympic Games through 2032. NBC Olympics also produces thousands of hours of Olympic sports programming throughout the year, which is presented on NBC, NBCSN, Olympic Channel: Home of Team USA, Peacock and NBC Sports digital platforms.