After a successful amateur career, Green is widely expected to be a top-five pick in this summer’s Draft. He spent this past season averaging a team-high 17.9 points per game during the regular season. 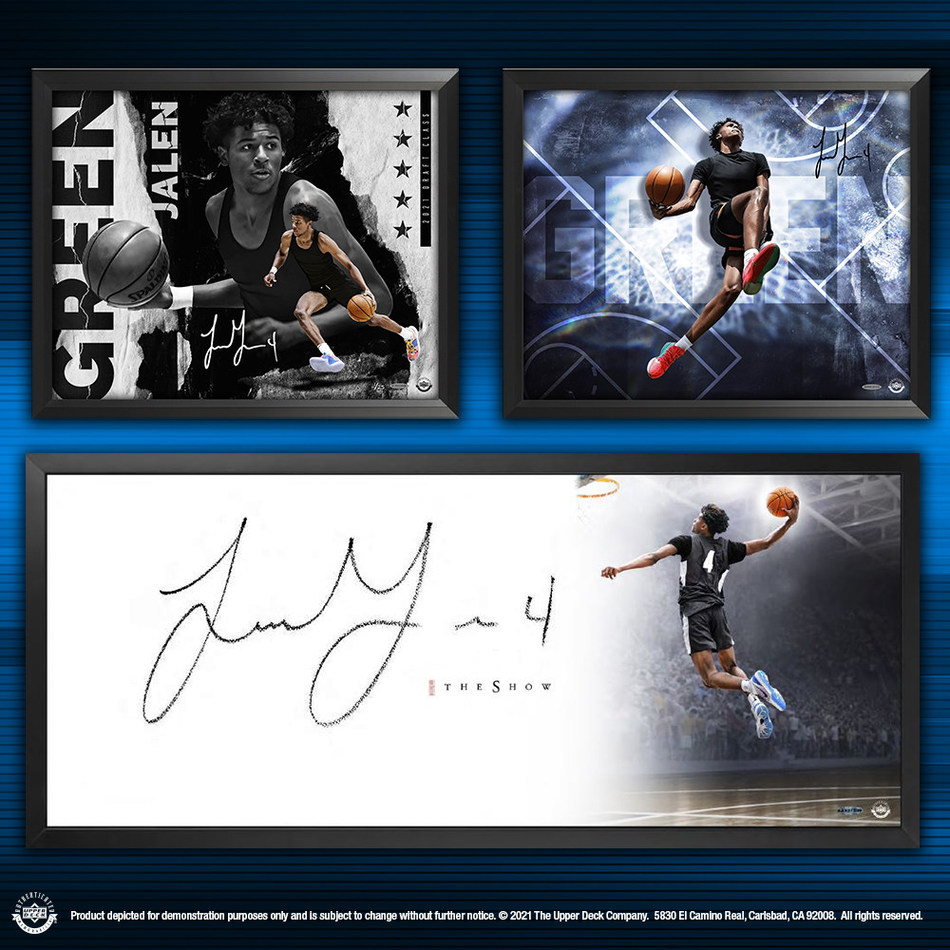 “Jalen is an exciting young player, and we can’t wait to see him take the next step in his career,” said Gabriel Garcia, Director of Upper Deck Authenticated. “With a bright future ahead of him, basketball fans and collectors will want to add his memorabilia to their collections early.”

Green has won multiple international awards, including being named the 2018 MVP of a global basketball competition. Upper Deck is offering an autographed and inscribed Jalen Green basketball jersey that is limited to just 19 pieces to acknowledge his significant accomplishments.

A never-before-seen autographed ‘Center Stage’ print accurately depicts his ‘high-flier’ playing style with Green going up for a between-the-legs dunk. The background pays homage to Green’s past with images of a concrete basketball court. Included in his portfolio is Upper Deck’s signature piece  ‘The Show,’ which features a large, two-foot signature paired with a powerful image of Green caught in mid-air, about to make a dunk.

Catering to one of Green’s greatest strengths on the court, the ‘Next Up’ print also showcases Green as he jumps for a thunderous dunk. Green’s signature is uniquely displayed on a basketball cutout while his last name is depicted in an urban street art-style.

To commemorate Green’s upcoming Draft selection, Upper Deck is releasing a print aptly titled ‘2021 Draft Class.‘ The piece has an intriguing black and white design featuring two images of Green along with his signature to celebrate the momentous occasion.

Fans can view the current Jalen Green portfolio at www.UpperDeckStore.com/Jalen-Green.

About Upper Deck
Upper Deck, headquartered in Carlsbad, Calif., is a worldwide sports and entertainment company built on the pillars of quality craftsmanship, authenticity and innovation with a dedication to creating products that turn memorable moments into collectibles. Upper Deck maintains an award-winning portfolio of gaming, sports, entertainment products and collectibles. Follow us on Facebook (UpperDeckSports), Twitter (@UpperDeckSports), and YouTube (UDVids).