Ronnie Flynn about his success: “I’m learning every day and meeting all challenges head-on”

Every day new scientific discoveries take place on our planet, new books are written, new films are made, new equipment is produced. Therefore, according to  Ronnie Flynn – founder of the successful international company Vuuzle Media Corp and executive producer of the innovative Vuuzle Film Production, to keep up with life and keep up with the times – you need to engage in self-education and strive to constantly improve their level. After all, future development depends on people’s professionalism.

More than 30 years ago, Ronnie Flynn was just taking his first steps professionally. He was thinking about a successful career. Years have passed – and we can say with confidence that he managed to make his dreams come true. Now Ronnie Flynn has managed to create a large company Vuuzle Media Corp and build an innovative Vuuzle Dubai Studios. He also owns many entertainment corporations in Romania, Ireland, Italy, and the United Kingdom.

Ronnie Flynn has become one of the most sought-after personalities in business as a corporate advisor and consultant to well-known multibillion-dollar corporations. At the start of his career, he starred in popular Hollywood movies and as a DJ traveled almost the world.  Only last year, Ronnie Flynn starred in the mini-series The Portal and is a regular host of the rating show Hot Topics with Ronnie, which can be watched online and for free on the streaming platform  Vuuzle.TV. 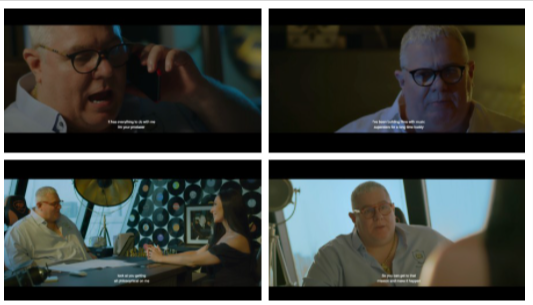 WANT TO BE SUCCESSFUL – LEARN!

According to Ronnie Flynn, experience and knowledge enable us to make better and more informed decisions. Also, the ability to learn helps to develop emotional intelligence. After all, the key to success in life is the ability to express and control their emotions and understand, interpret and respond to other people’s emotions.

Daily learning promotes a person’s awareness of their rights and critical thinking. After all, agree, it is much easier to use and manipulate uneducated people. It is much harder to do this with educated people who know and can protect their rights.

Knowledge and experience provide confidence in the formulation and expression of their own thoughts, positions, ideas. Ronnie Flynn believes that comprehensive awareness enhances a person’s status. Like, thoughts and words are gaining new meaning, and others are more attentive to them and listen to them in the process of making their own decisions.