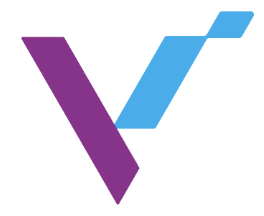 The Group recorded revenue of S$26.0 million in FY2021 as compared to S$10.9 million in the corresponding period in the previous year (FY2020), representing a growth of 139.1% with expanded Gross Profit and Net Profit Margins. Of which, 29% of the revenue is recurring, a significant improvement from the 20.5% in FY2020, which is a strong testament to the Group’s successful acquisition and retention strategies.

8VI recorded EBITDA of S$9.5 million in FY2021, which represented a 246.7% jump as compared to the S$2.7 million reported in the previous year and EBITDA margin of 36.5%. Accordingly, the net profit after tax attributable to owners of the company soared 446.7% to S$5.9 million over S$1.1 million in the corresponding period in FY2020.

With revenue growth of 139.1% achieved in FY2021, accompanied by an EBITDA margin of 36.5%, 8VI has also exceeded the Rule of 40, a performance metric commonly used for fast-growing technology companies, by 4-fold. Testament to 8VI’s transformation strategy, the Group has grown its EBITDA at a faster pace than revenue, thus achieving operating leverage in FY2021.

In FY2021, 8VI maintained a strong financial position with cash and cash equivalents as well as short-term liquid assets totaling S$22.2 million, as compared to S$7.8 million in FY2020, and remained at zero debt with S$9.8 million unearned revenue to be recognised.

Cash flow from operations has increased significantly to S$16.8 million compared to S$4.0 million in FY2020, while free cash flow stands at S$15.6 million, a jump from S$3.6 million in FY2020. This was attributable to improved performances across both the Group’s Financial Education and FinTech segments.

Towards a smarter future

Having emerged stronger through the disruption a year ago, the Group is set up and ready to face any upcoming challenges whenever they arise. The resilience, nimbleness, and flexibility that 8VI has developed through weathering past challenges will equip itself well to handle oncoming ones.

We intend to remain laser-focused on building a smarter future with our growth initiatives and we are confident that the strong foundation that we have put in place enables us to strengthen our FinEduTech platform further for the next decade.

Established in 2008, VI is the representation of our beliefs and roots in Value Investing and empowers the average man-on-the-street to achieve sustainable wealth as part of their mission to make investments smarter, faster, and easier.

With numerous offices across the Asia Pacific region, VI College supports a community of graduates and value investors from 29 cities globally through its flagship “VI Bootcamp” and other programmes. As the region’s leading FinEduTech provider, VI College leverages the power of technology and transforms the perception and application of value investing.