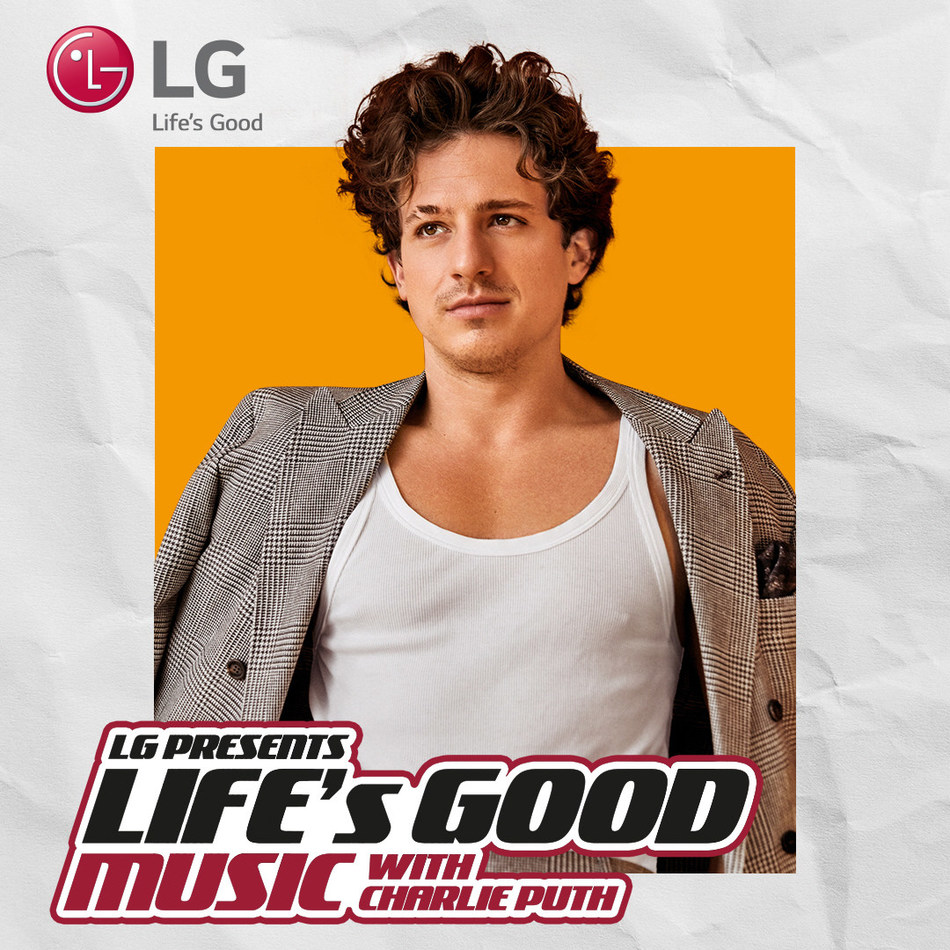 LG’s Life’s Good campaign gives young people around the world the opportunity to let their creativity and talent shine. First launched last year, the Life’s Good Music Project calls on aspiring, young performers to share their own compositions expressing LG’s uplifting Life’s Good message. Anyone who loves music and can hum a tune is invited to submit an original accompaniment based on the 2021 version of the Life’s Good song, produced by Charlie Puth. The talent behind the winning entries will receive OLED TVs along with other LG products and the opportunity to complete and perform the song with Puth.

Submissions to the Life’s Good Music Project can be made by posting to Instagram or YouTube with the hashtag #LifeisGoodMusic_LG until June 27.

“I can’t wait to listen to everyone’s submissions and hear their take on the melody and chorus,” said Puth. “Music has always been a source of healing and empowerment for me, and I know this is going to be a memorable experience for everyone.”

This year’s Life’s Good Film will be directed by Jackson Tisi, who won Gold at the Young Director Award 2020 for his moving short documentary, LEON. LG is further challenging the next generation of filmmakers to visually capture the moments and places that have meaning in their lives and how they interpret LG’s Life’s Good philosophy.

The accompanying Life’s Good Film Project is intended to convey a universal message of hope and celebrate the diversity of experiences and viewpoints of young auteurs from all over the globe through their inspiring, unique stories. Submissions can be made by posting to Instagram or YouTube with the hashtag #LifeisGoodFilm_LG until June 27.

“I believe there’s something profound in our everyday thoughts and the places we go to seek inspiration or solace,” said Tisi. “By sharing what we find in our everyday, this film will convey a resonating message of what life still holds.”

To accompany the 2021 Life’s Good campaign, LG has also created a brand channel on GIPHY offering a variety of cheerful GIF stickers – including those from both the Life’s Good Music Project and Life’s Good Film Project – for use on Instagram, TikTok, Snapchat and other social platforms.

LG Electronics is a global innovator in technology and consumer electronics with a presence in almost every country and an international workforce of more than 75,000. LG’s five companies – Home Appliance & Air Solution, Home Entertainment, Mobile Communications, Vehicle component Solutions and Business Solutions – combined for global sales of over USD 56 billion in 2020. LG is a leading manufacturer of consumer and commercial products ranging from TVs, home appliances, air solutions, mobile devices, monitors, service robots, automotive components and its premium LG SIGNATURE and intelligent LG ThinQ brands are familiar names world over.

At only 29 years old, Charlie Puth has proven to be one of industry’s most consistent hitmakers and sought-after collaborators. Puth has amassed eight multi-platinum singles, four GRAMMY nominations, two Billboard Music Awards, a Critic’s Choice Award, and a Golden Globe nomination. His 2018 GRAMMY-nominated LP, Voicenotes, was RIAA Certified Gold only four days after its release and has logged five billion streams worldwide. In 2020, Puth’s collaboration with Gabby Barrett on their “I Hope” Remix earned him his fourth top 10 track on the Billboard Hot 100 and hit number one on the Billboard “Adult Pop Songs” chart, and his summer smash, “Girlfriend,” garnered more than 95 million global streams.

At 25 years old, Jackson Tisi has made a name for himself as a young filmmaker. Jackson’s work spans music videos, commercials, and documentaries. His short films and music videos have won numerous awards including Vimeo Staff picks, Atlantic Selects, and multiple film festival nominations. His film, LEON, won him gold at the Young Directors Award in Cannes, France last year. He was also admitted into the latest class of Young Guns by the One Club for Creativity. He is currently working on developing longer form projects.