With a global television audience estimated at 500 million looking on, Carnival Cruise Line President Christine Duffy presented Miss Dominican Republic Kimberly Jiménez with the “Spirit of Carnival” award for embodying the company’s values of fun, friendship, diversity and inclusion during the MISS UNIVERSE broadcast, and bestowed the honor of serving as godmother to the line’s newest and most innovative ship, Mardi Gras, set to debut from Port Canaveral, Fla., later this year. 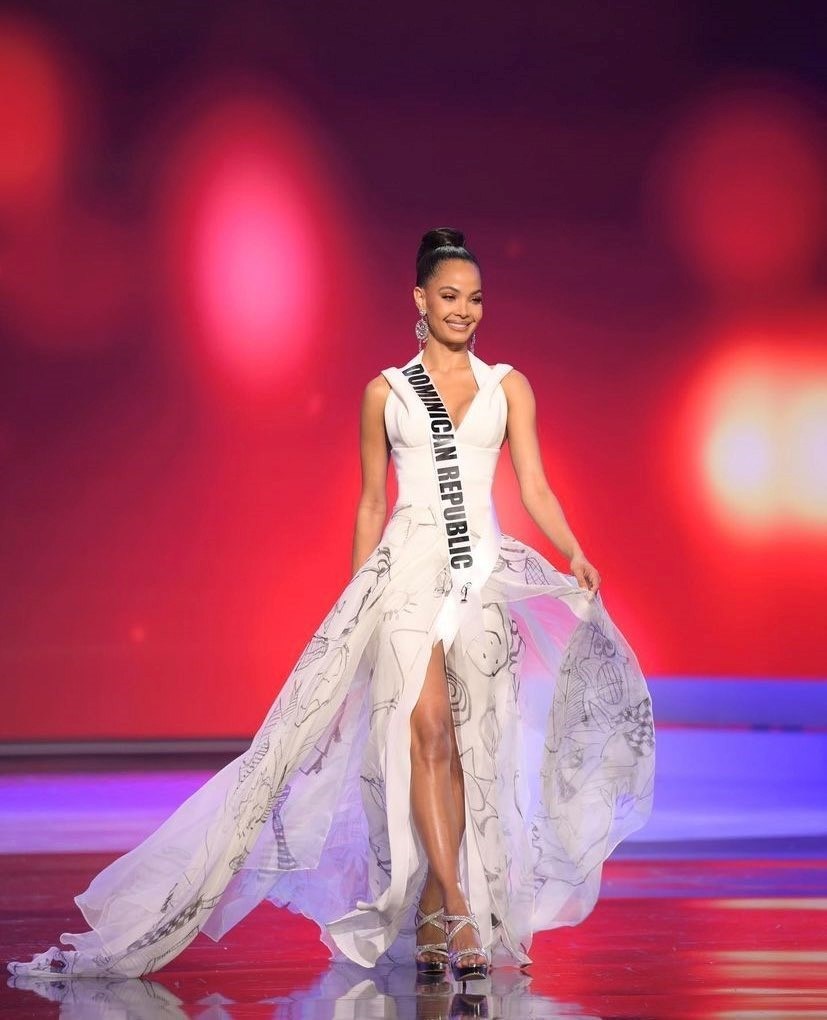 A gamechanger for the cruise industry, Mardi Gras is the first cruise ship in the Americas to be powered by eco-friendly Liquefied Natural Gas (LNG) and the first to feature an onboard roller coaster.  As godmother, Jiménez will preside over the Mardi Gras’ official naming ceremony, continuing a long-standing maritime tradition.

Jiménez, as well as MISS UNIVERSE 2021, Miss Mexico Andrea Meza, will get the unforgettable opportunity to be among the first to sail on Mardi Gras when she begins week-long adventures from the Space Coast to the Bahamas and Caribbean – including the popular destination of Amber Cove in the Dominican Republic.

Born in Puerto Rico and raised in the Dominican Republic, Jiménez is a champion for at-risk youth and an advocate for adoption, volunteering for the past three years at Los Niños de Cristo orphanage, a non-profit foundation that serves abused and abandoned girls, as well as serving as a founding member of the Dominican Republic Women’s Club, dedicated to providing services to indigent women suffering from breast cancer.  A survivor in every sense of the word, Jimenez and her family were left homeless due to the devastation of Hurricane Maria, underscoring her incredible perseverance and a positive, can-do attitude.

“Kimberly is a role model for female empowerment and has a passion for so many worthwhile causes, particularly those that assist women, children and families.  It is such an honor to present Kimberly with the ‘Spirit of Carnival’ award and an even bigger thrill to announce that she’s going to be the godmother of our newest ship, Mardi Gras,” Duffy said. “Kimberly joins a group of esteemed women who have served in this time-honored role for Carnival.”

Duffy served on the selection committee for the competition, one of eight members of the all-female panel.  She said that seeing so many smart and talented women in the competition representing 74 nations was like being on board a Carnival ship, with a fleetwide team representing 120 countries from across the globe.