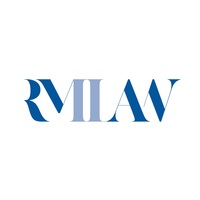 RM LAW, P.C. announces that a shareholder class action lawsuit has been filed against MultiPlan Corporation , formerly known as Churchill Capital Corp. III , on behalf of investors who purchased or acquired MPLN or CCXX securities between July 12, 2020 and November 10, 2020 (the “Class Period”).

Churchill III shareholders may, no later than April 25, 2021, move the Court for appointment as a lead plaintiff of the Class. If you purchased shares of Churchill III and would like to learn more about these claims or if you wish to discuss these matters and have any questions concerning this announcement or your rights, contact Richard A. Maniskas, Esquire toll-free at (844) 291-9299

Churchill III was formed in October 2019 as a special purpose acquisition (“SPAC”) vehicle, and on July 12, 2020, announced that it would combine with privately held MultiPlan. According to the complaint, in connection with the proposed combination Churchill III filed a defective proxy statement with the SEC on September 18, 2020, which contained numerous materially false and misleading statements and omissions. The complaint further alleges that, on the basis of the defective proxy statement, on October 7, 2020, Churchill III investors voted to approve the business combination.

On November 11, 2020, one month after the close of the Merger, Muddy Waters published a report entitled “MultiPlan: Private Equity Necrophilia Meets the Great 2020 Money Grab.” Among other things, the report revealed that: (i) MultiPlan was in the process of losing its largest client, UnitedHealthcare, which was estimated to cost Churchill III up to 35% of its revenues and 80% of its levered free cash flow within two years; (ii) MultiPlan was in significant financial decline because of its fundamentally flawed business model, which profited from excessively high healthcare costs; (iii) UnitedHealthcare had purportedly launched a competitor, Naviguard, to reduce its business with MultiPlan and bring the over-priced and conflicted services offered by MultiPlan inhouse; and (iv) MultiPlan had suffered from material, undisclosed pricing pressures that had caused it to slash the “take rate” it charged customers in half in some instances and falsely characterized revenue declines as “idiosyncratic” when in fact they were due to sustained, negative pricing trends afflicting MultiPlan’s business. Following this report, shares of MultiPlan’s stock significant declined in value, and currently trade below $7.00 per share.