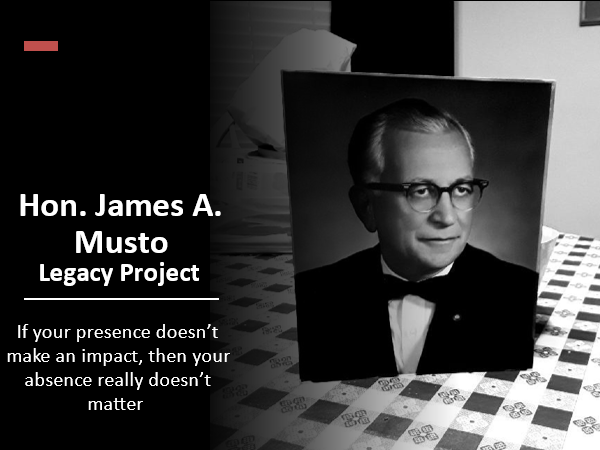 (Pittston, PA – April 5,2021)  The City of Pittston, in conjunction with an endowment from Mr & Mrs. James A Musto Jr.,   will dedicate a new city park honoring the late State Representative Honorable James A Musto, and the area industrial workers he fought so hard for, on Sunday May 2, 2021 at 2 PM at the park and on the 50th anniversary of his death.

Musto’s tireless work on behalf of the area’s workers, especially long-suffering coal miners and garment workers is legendary. His efforts led to pioneering legislation in numerous areas, including sponsoring the legislation addressing the miners with dreaded Black Lung disease, and their survivors, a measure that was eventually adopted as federal law. As a former miner himself, Musto was instrumental in early organizing of mine workers, leading the way for the formation of the United Mine Worker’s Union.

The event will include remarks from Pittston City Mayor Michael Lombardo, Pennsylvania State Rep. Mike Carroll, Hon Joseph J. Musto, and Father Paul A McDonnell OSJ.  The event’s Emcee/Host will be Los Angeles radio broadcaster “Banana”Joe Montione, a former NE PA radio personality who is nephew of Mr. Musto.  Montione said, “I’m excited to be coming back home to Pittston for this event.  Uncle James was such an inspiration to me, and it’s great to see he’s recognized this way for the work he did all his life.”

The park is located at  S  Main St Downtown Pittston, and fits into the great revitalization Pittston has enjoyed in recent years. The park features a bronze sculpted bust of Musto, plaques with historical information about his efforts relative to the miners and garment workers, so important to the history of Northeast PA.  Tables, chairs, and an overall serene atmosphere awaits all visitors to the park.

The event will be broadcast live to a worldwide audience on Flashbacktop40.com radio audio here https://streamdb9web.securenetsystems.net/cirruscontent/FT40 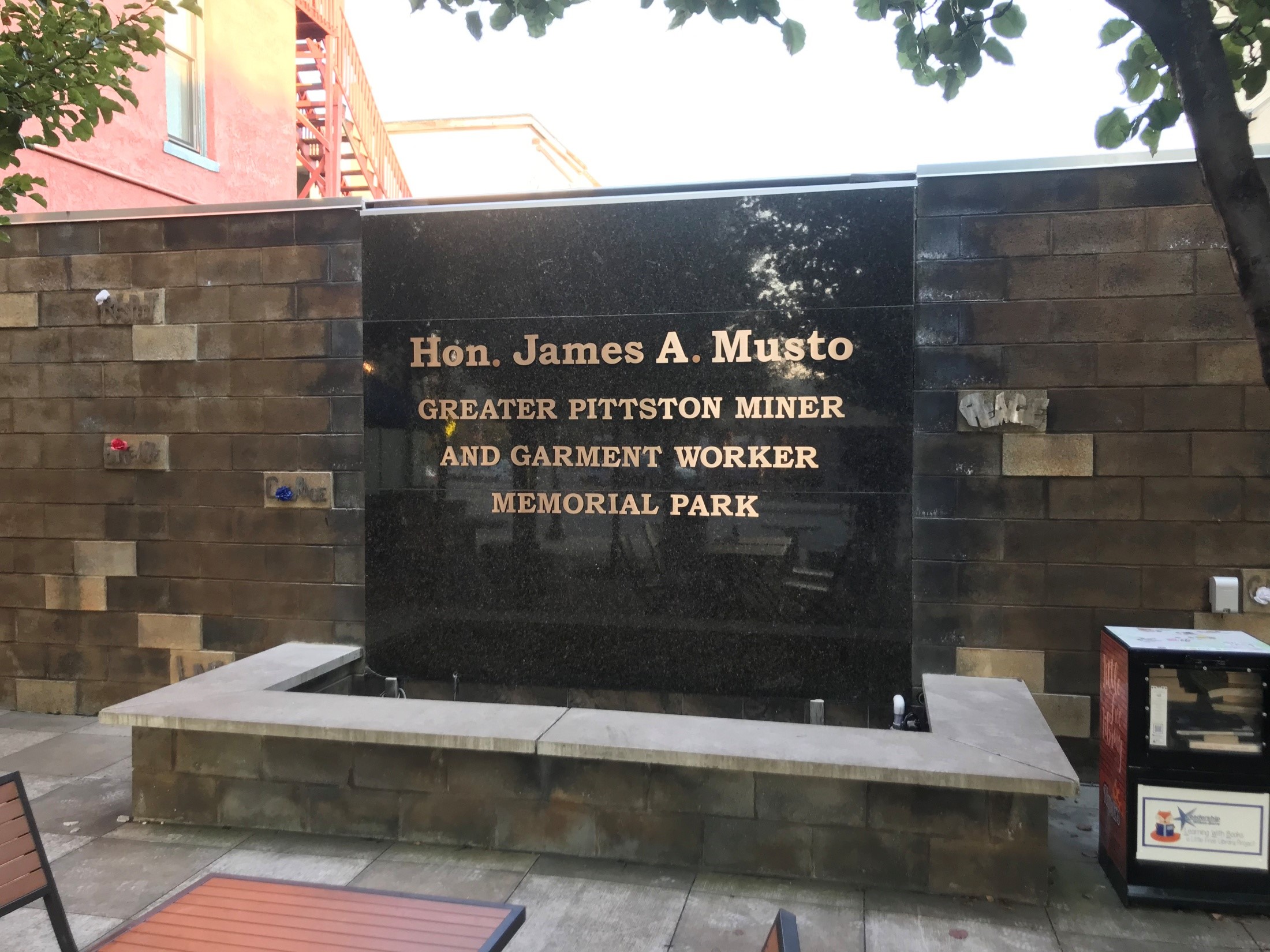