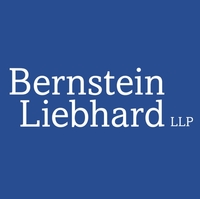 Bernstein Liebhard, a nationally acclaimed investor rights law firm, announces that a securities class action lawsuit has been filed on behalf of investors who purchased or acquired the securities of Velodyne Lidar, Inc from July 2, 2020 through March 17, 2021 (the “Class Period”). The lawsuit was filed in the United States District Court for the Northern District of California alleges violations of the Securities Exchange Act of 1934.

If you purchased Velodyne securities, and/or would like to discuss your legal rights and options please visit Velodyne Shareholder Class Action Lawsuit or contact Matthew E. Guarnero toll free at (877) 779-1414 or MGuarnero@bernlieb.com

The complaint alleges that throughout the Class Period, defendants made materially false and/or misleading statements, as well as failed to disclose to investors: (i) that certain of Velodyne’s directors had failed to operate with respect, honesty, integrity, and candor in their dealings with the Company’s officers and directors; (ii) that the Company was investigating the foregoing matters; and (iii) that, as a result of the foregoing, Defendants’ positive statements about the Company’s business, operations, and prospects were materially misleading and/or lacked a reasonable basis.

On February 22, 2021, before the market opened, Velodyne announced that the Board had “removed David Hall as Chairman of the Board and terminated Marta Hall’s employment as Chief Marketing Officer of the Company” after the Audit Committee’s investigation “concluded that Mr. Hall and Ms. Hall each behaved inappropriately with regard to certain Board and Company processes, and failed to operate with respect, honesty, integrity, and candor in their dealings with Company officers and directors.” In addition, Velodyne’s Board formally censured Mr. Hall and Ms. Hall, but they would remain directors of Velodyne.

On March 17, 2021, Velodyne revealed multiple material weaknesses in its internal controls over financial reporting in its annual 10-K report. Velodyne also filed an 8-K on March 17, 2021 revealing that the Company’s former COO, Thomas Tewell, had resigned.

On this news, the price of Velodyne stock and warrants fell 13% and 17%, respectively, over three trading days.

If you purchased Velodyne securities, and/or would like to discuss your legal rights and options please visit https://www.bernlieb.com/cases/velodynelidarinc-vldr-shareholder-class-action-lawsuit-stock-fraud-370/apply/ or contact Matthew E. Guarnero toll free at (877) 779-1414 or MGuarnero@bernlieb.com.

Since 1993, Bernstein Liebhard LLP has recovered over $3.5 billion for its clients. In addition to representing individual investors, the Firm has been retained by some of the largest public and private pension funds in the country to monitor their assets and pursue litigation on their behalf. As a result of its success litigating hundreds of lawsuits and class actions, the Firm has been named to The National Law Journal’s “Plaintiffs’ Hot List” thirteen times and listed in The Legal 500 for ten consecutive years.

ATTORNEY ADVERTISING. © 2021 Bernstein Liebhard LLP. The law firm responsible for this advertisement is Bernstein Liebhard LLP, 10 East 40th Street, New York, New York 10016, (212) 779-1414. The lawyer responsible for this advertisement in the State of Connecticut is Michael S. Bigin. Prior results do not guarantee or predict a similar outcome with respect to any future matter.